“The best way to spread Christmas Cheer, is singing loud for all to hear”–Buddy

Now while Buddy the Elf might think that is the best way to spread Christmas cheer, I, much like the people around Buddy at the time of that singing might disagree. Christmas to me is spending time with family and the ones you love and of course watching movies, for which I think, is one of the best ways to spend your time at Christmas. A staple of the holiday you can turn on TNT and catch “A Christmas Story on repeat for 24 hours. This way you don’t have to worry about missing any part of this classic film, and watch in awe as Ralph should have listened to all those people’s warnings as *Spoilers* he did almost shoot his eye out. I love TNT for doing this, but being the film lover that I am , I am here to offer the other thousand channel alternative choices to have their own Christmas movie that they can run on repeat, which would make everyone’s Christmas just a little better.

5. “Elf”
Here we are with everyone’s favorite elf after the one who wanted to be a dentist, Buddy. Have you ever met anyone over the age of ten be more excited to hear that Santa Claus was coming to town? Written by David Berendaum, who never wrote anything as funny, and directed by Jon Favreau, who went on to direct a man in a different kind of red suit. “Elf” is Will Ferrell at his best, as he plays an elf that is sent to America to find out his real identity.

4. “Die Hard”
I know what you are thinking, “This movie doesn’t really spread the Christmas Cheer”, and well I would beg to differ. How many times have you cheered when John McClane jumps from that exploding rooftop or when the good guys win at the end? Taking place during Christmas, in which a New York Cop has to save a building full of people, is a Christmas Classic and in my eyes, well worth a “Die Hard” marathon that will have you saying “Yippee-Ki-Yay, motherfucker.” 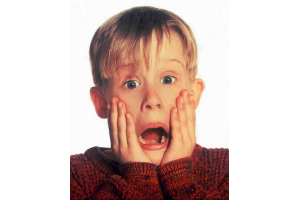 3. “Home Alone”
This is the twenty-fifth anniversary of us watching the worst parents ever. Well maybe that’s a bad way to look at it, instead we will remember the boy who saved his house from the notorious “water bandits” and becomes the perfect son after his parents “accidentally” leave him behind while going on a family trip. This movie still holds up and not only has given us twenty-five years of entertainment, but also the cultural phenomenon to the aftermath when applying aftershave or just needing to look surprised. 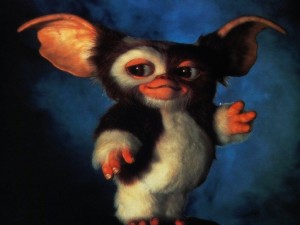 2. “Gremlins”
Another darker Christmas movie, that really is on this list, like “Die Hard” for the time of year it takes place. With this though you get the ever-adorable Gizmo, with his cute expressions and sounds. As long as you can follow three simple rules, everything will be all right. You know people and rules though, and when they are broken a small town must deal with the consequences. With the help of Gizmo, two teenagers try to save Christmas and hope that this doesn’t become another reason for Phoebe Cates character in the film to hate Christmas.

1. “Scrooged”
A modern take on Charles Dickens “A Christmas Carol”, but with Bill Murray. This is the story of a TV executive who to put it bluntly is not a very nice guy. Lucky for him he has chosen to broadcast a live showing of “A Christmas Carol”, in which he has his own three ghosts visit him. Murray is well Bill Murray, and the reasons why we love him are on full display here. So you get plenty of laughs and a lesson on what Christmas means, and in my book that deserves to be heard as often as warning about shooting your eye out.

So that’s my list, now all you channels out there, take my idea and run with it. Merry Christmas you filthy animals!