Another year is in the books when it comes to life, love, and movies. While there has been some great films that have come out this year, this is not that list. Instead this is a list of the films that I wish could be erased from my memory. The reason for that is not because I hate these films, rather I believe not the best effort was put forth in the making of these films, and we as an audience had to suffer for it. I don’t think I have a clear cut leader in the club house for worst movie, so disregard the numbers, for they are there just to help make the list work better. So with out further ado, here are the ten films I would like to forget.

1. “Love the Coopers”
One of the years required holiday pictures that made me think I was on the naughty list. Nothing could save this confused movie that sold its self as a comedy, only to try and pull on the heartstrings, only to fail at that as well. Not even a decent cast could save this one, and I choose to return this film with all those ugly sweaters I will never wear. 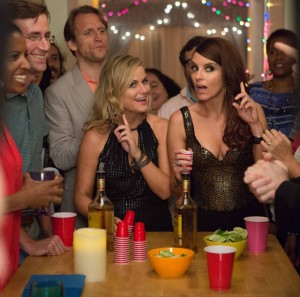 2. “Sisters”
Here is a grand idea, take two of the funnier and entertaining people and put them in a movie that is neither. Anyone who has watched the Golden Globes the last few years know how fun Amy Poehler and Tina Fey are. Instead of just setting up a camera and letting them do their things, we get two hours of non laughs to deal with.

3. “Mortdecai”
Johnny Depp is one of the most popular actors out there, and while he has been in some high grossing films, that doesn’t mean they were good. This year “Mortdecai”, not only made no money, it was also not good, so he hit two new lows with this film. With a story about an art dealer who could be the key to lost Nazi gold, what could go wrong?

4. “Seventh Son”
As a fan of ‘Game of Thrones”, I owe a lot of good Sunday nights to its existence. I also hold it slightly responsible for “Seventh Son”, because I can only guess the success of GOT gave someone the idea for this film. So please next time remember some ideas are just better kept to yourselves. 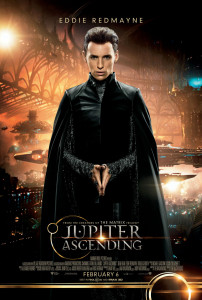 5. “Jupiter Ascending”
Enjoying the Wachowski’s film resume like I do, the idea of another original story idea from them excited me. All the excitement quickly drained from my body not long into the film about a young woman who discovers she is really nobility from outer space, who must protect the Earth from siblings who want to destroy it. Sound good? Well it is far from it. And Channing Tatum is part dog? That is wrong in too many ways to name.

6. “The Gallows”
Good horror films are hard to find, but with a year that gave us “It Follows”, “Goodnight Mommy”, and “Spring”, it also produced its share of clunkers. “The Gallows” is the story of an accident that occurred during the production of a school play, and the revenge that is taken some twenty years later. While the story was a tale of revenge, the only revenge that came was later in the evening from the popcorn I ate.

7. “Pixels”
What would a list of the worst films of the year be with out Adam Sandler? Lucky for us who make such list, he continues to make movies. “Pixels” started off as a promising idea, only to become a very bad one if you paid to see it. When Peter Dinklage can’t save your film, you know you are in trouble.

8. “Hot Pursuit”
If you can do a funny accent, that doesn’t always translate to comedy. While Sofia Vergara entertains million every week on TV, that success did not follow her to the big screen. Nothing in this is funny, and more often boarders on annoying more than anything else.

9. “Unfriended”
The found footage route has given us some good movies, but a lot more of them have been the same, terrible. “Unfriended” has joined the later as a story about a group of friends that are haunted by a mysterious force using their dead friends account. The film takes place almost completely on a computer and never gets its desired results.

10. “The Boy Next Door”
I would think one of the tougher things an actor has to do, as in life, is to age gracefully. I knew this day would come, but I was not prepared for it, the day Jennifer Lopez played a mother. Maybe I couldn’t get past that, or maybe this is just a bad movie about a younger guy who has an affair with Lopez, only for things to go way wrong, and I’m not talking about in the film, but there that too.