5) Favorite Animated Film: Inside Out– Return to form for Pixar. Great humor, a bit on the dark side, but told a interesting story about the need for every emotion. And come on, Bing Bong? Who didn’t love him?
Runner Up: The SpongeBob Movie: Sponge Out of Water – For not being a fan of the show, at all, I quite enjoyed the humor of the film.

4) Favorite Horror Film: It Follows– A throwback of “A Nightmare on Elm Street.” proportions, there were modern scares with an interesting plot device. Shot like a Indie movie that could be set in the future or the past, it leaves so much to the imagination, where the scariest things lie. 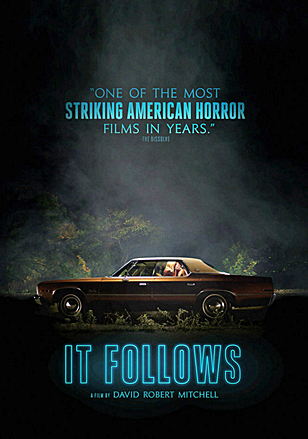 3) Favorite Sci-Fi Film: Ex Machina– A brilliant look at the consequences of creating artificial intelligence and all that implies. Simple yet complex, with one of the best dance scenes ever.

2) Favorite Spy Film: The Man From U.N.C.L.E.– A fantastic ride in the world of spies and more spies in the perfect time of spies. Great performances by all the leads, also a genre and period director Guy Ritchie fits right into.
Runner Up: Mission Impossible: Rouge Nation– More of an action movie, than a spy film, as much as I love a good ‘Tom Cruise’ run, this is not in the top 3 of ‘Impossible’ films.

1) Favorite Film of the Year: Mad Max: Fury Road– With this year bringing the return of Snoopy, Rocky, and Luke Skywalker, “Witness!!” the epic and most surprising comeback of a decades old franchise. Almost no one saw this coming, with a new Max, a phenomenal female lead in Charlize Theron, and some of the best car and stunt work used in a film in a really long time. This movie delivered on every single frame and left us wanting more.

In it’s own category is:
Favorite Nostalgia Film: A close second is The Peanuts Movie which closely followed the template of the original films, but still managed to make an impression. This is one that should be shown in schools across America. However the best bout of nostalgia delivered this year is of course Star Wars: The Force Awakens which I’m sure has earned the ‘Episode VII’ along with it’s title which is sure to make it on the BluRay set which looks like it will never be complete. Since there will be a Star Wars film every year until the end of the world. Not that I’m complaining, there was so much to love about this new entry in the saga, even if it was a slight clone (heh) of the originals. What was most important to me was that it felt like a Star Wars movie, and along with my kids, I loved it. 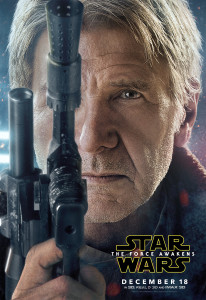