When the 80’s and early 90’s ended, it felt so did the age of the action hero. Schwarzenegger and Stallone were done and no one picked up the machine gun to replace them, then in 2000 Jason Statham came on the scene and it didn’t take long before he was doing his own stunts in some epic action flicks. Now he is a face on that Mount Rushmore of action heroes alongside the greats of the genre, ‘cranking’ out if you will, film after film that may not all hit, he certainly does all he can to maintain his action persona. With the “Expendables”, “Fast & Furious”, and now “The Mechanic” series of films Statham continues to push himself in every film role he takes, wether it’s comedy like “Spy” or straight-up action, he is in a class of his own.

Snatch– This is when he first popped on my radar in Guy Ritchie’s follow up to “Lock Stock and Two Smoking Barrels”. As the unlucky boxing promoter Turkish, Statham displayed his acting chops as well as his comedic ones in this kinetic, hilarious all-star cast of Tarantino-esque characters done right. 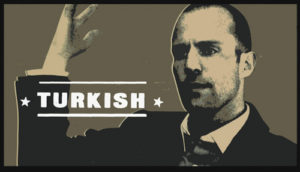 The Transporter– As the series got ostensibly worse and over the top as the sequels went on, the first one is still a great watch, even though there are scenes in the follow-ups that are amazing, as is his performances throughout the series, nothing beats the original as a classic tough guy action film.

Crank/Crank: High Voltage– These two are pretty much one in my book anyway, so they might as well be one on my list. Here Statham is a live-action cartoon character in one zany situation after another. Filled with equal parts action and humor these two are Statham at his best and boldest. 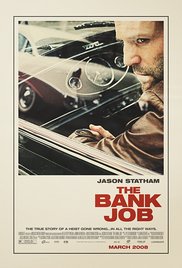 The Bank Job– With a step into the dramatic ‘based on a true story’ film, Statham is Terry Leather, a salesman with connections to the criminal underworld which he uses to pull off an incredible heist. This one covers the gamut as Statham uses every tool in his box to sell that he’s not just all laughs and muscle.

Safe– I love this as one of those late night views that has it all, action, humor, heart, and Statham being an all around bad-ass! Here he protects a little girl from every crime faction including corrupt New York cops as a one-man army. This one is pretty basic and not much to it, but Statham sells his edgy hero role so well, he pretty much has it down to a science here. 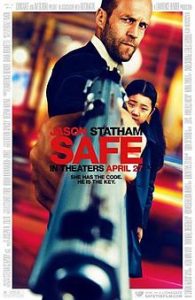