With the release of “Blair Witch” I decided to take a look at the sub-genre of ‘found footage’ films, one that works mostly for horror, where even though things get crazy the camera is never turned off, especially when the characters in the films demand it. But if they didn’t work on some level, they wouldn’t still be making them. Here are some of the ones that I enjoyed starting with the most popular one that started it all. Not “Cannibal Holocaust” which predates all the films on the list, but the one that began the modern age of found footage films:

The Blair Witch Project (1999)– Because of its brilliant use of the early days of internet, a large percentage of people went into this film believing what they were seeing was true footage. Even I would have believed if not for the Sci Fi Channel special that pretty much spelled out that it was all a fiction. Still it’s a tense film with a classic ending.

Paranormal Activity (2007)– This one only got me for the one scene where the character of Katie stands over Micah as he sleeps…for hours, even sped up it still creeped me the hell out. Plus I watched this when I had a bad cold and I was watching it at home in the middle of the night, in the dark. If you get a chance check out the alternate endings which are pretty good, one still haunts me. 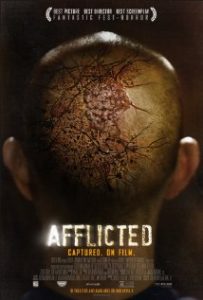 Afflicted (2013)– I liked the chance this one was taking, as it tried to expand the story into something more. And it really tried to show us something new with the camera effects, including a go-pro style camera when the guy who is “afflicted” with an unknown virus starts to do some incredible things. Some great visuals throughout, though they don’t stick the landing, I still enjoyed it.

Creep (2014)– This film I discovered on Netflix which stars Mark Dulpass as the most uncomfortable person to be around. He stars off as kinda sympathetic but socially awkward, then graduates to down right horrifying. With the classic jump scares, it all rests on Duplass shoulders who carries it all the way to the final grizzly images.

Paranormal Activity 3 (2011)– Much like most of the films in this series, the clever use of the cameras is the selling point. Extra points for this one which takes place during the birth of video tape: the 1980’s. Attaching the camera to the oscillating fan was brilliant, and again the ending is terrifying in its simplicity. 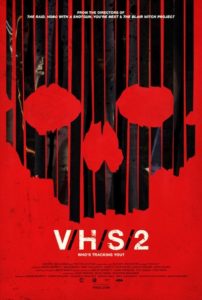 V/H/S 2 (2013)– While the framing narrative is slightly better than the original, the four shorts are fantastic the first by Adam Wingard (You’re Next, Blair Witch) is classically eerie. “A Ride in the Park” by Edurado Sanchez and Gregg Hale two of the co-creators of “The Blair Witch Project” is truly inventive. The alien abduction one which is pretty solid, but oh man, “Safe Haven” directed by Timo Tajhjanto and Gareth Huw Evans (The Raid) is the most bat-shit insane thing I have ever seen. It goes all over the place and then goes beyond that.

The Visit (2015)– This was the almost return of M. Night Shyamalan who seemed to make this one, because that’s what all the kids are doing these days. He managed to turn out a really tense and at times, terrifying film. Though the twist is not as impactful as his early films, it works well enough when things go south for the pair of kids who have to deal with the scariest of grandparents. 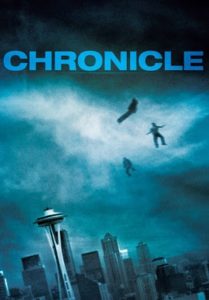 Chronicle (2012)– Being the only non-horror on the list, I think it is one of the strongest by far since it encompasses the superhero genre as well as the ‘caught on camera’ notion. It got me with the bullied teen going bad when he’s given the power of an X-Man. I love this film despite its flaws, it remains original and a great story overall.

Cloverfield (2008)– Probably the best example of what can be done with this type of film, it’s a Godzilla flick, mixed with a gory infection movie, while being an on-the-run thriller, wrapped in a cleverly told love story. In short, this has it all and is what all found footage films should aspire to be.

Creepshow 2 Gets A Very Special Edition