Of the 40 some-odd films that have been made from the stories of author Stephen King, I would say that only just over a dozen are really good to great films. So that leaves quite a bit that can be re-imagined and made for modern audiences. With the seemingly endless amount of mixed bag of horror films that come out every year and now with the current film version of “IT” floating its way up the box office, you can be sure other studios are going to take notice. It certainly won’t be long before they start to look at their back catalog to see what King film rights they still have.

I’ve come up with a suggested list of films I’d like to see remade for one reason or another. Check it out! 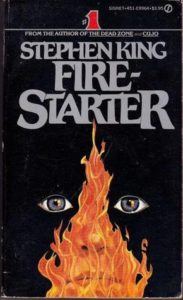 The story of a autohypnotic father and his pyrokinetic daughter on the run from a shadowy government organization is ripe for a remake. I do enjoy elements of the original 1984 film. But let’s face it as cute as she looked Drew Barrymore’s acting in that film is terrible. However the bones of the story is still there, with a push on the LSD experiments and the growing up of young Charlie might help change her from a plot device to a fully realized character by the fiery end. 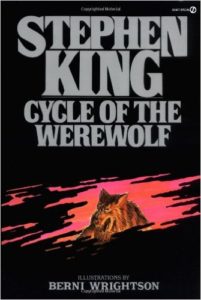 I would still keep the title of the 1985 film version “Silver Bullet”, and this is the only one on the list I still enjoy watching. The tone is right, the humor is well placed, and the “Jaws” formula works on certain levels. Mostly because like “Jaws” it didn’t look like they could quite get the creature from looking like a animatronic bear. Written by King himself, in script form this one works really well, with some modern, and hopefully some practical effects this could be one worth a remake. 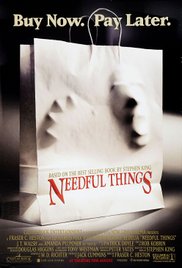 The parody on an episode of “Rick and Morty” made me remember how boring this film was, but how awesome a story it is. As a mysterious shop keeper opens a store in Castle Rock that stocks anything you ever desired. You only have to pay a little and play a small prank on someone in the town you don’t like anyway. This could delve deep into social standings and the grudges that are still held by both the haves and have-nots. Set it back in that small town and watch it destroy itself, while evil kicks back and laughs. 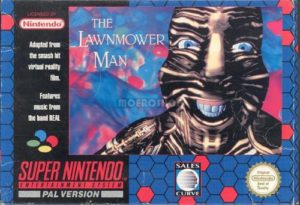 Setting a film in a technological computer world is a ‘virtual’ no-brainer. True the original story was about an actual man who ate lawns, then people, but I liked the direction the film took. If only it was’t so damn bonkers at how it went about it. I still think there is a really good film in there, especially when you factor in the religious angle mixed with the type of technology people almost treat as their religion. And super-powered lawnmower man, who still eats people. Could be cool. 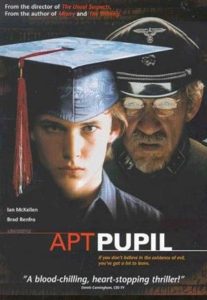 Bryan Singer’s follow-up after “The Usual Suspects” was disappointing to say the least. True it’s hard to make anything with Nazis entertaining, unless your Quentin Tarantino, but there was something there in this story that I felt could use more exploring. The idea of soldiers blindly following orders vs. getting pleasure from the amount of control they had over life and death is one that historians have pondered over for years. Again making that entertainment may not be the best time at the movies, but sometimes it can be a good thing to be challenged mentally thorough film. The original film didn’t succeed on that front, but I think it deserves another chance.