With the new “Justice League” film in theaters, I thought it would be a good time to go back to some of my favorite versions of the DC heroes in TV and film.

The Flash- The Scarlet Speedster was always on my radar as a child and even more so when I began reading the books in the 80’s. Then a decade later the TV show gave life to this great character of Barry Allen, the fastest man alive. Though that series was short-lived the Flash we have on the small screen now is the one that me and my kids love sitting down to watch. Grant Gustin as Barry brings a tremendous heart to the character and the super fun episodic nature of the series makes you wish this was the team making a Flash movie.

Cyborg– Back in the 80’s when the Super Friends were changed to the Super Power Team: Galactic Guardians, the animation got better and the voice work was stellar. Sure they forgot Aquaman’s pants, and kept Wonder Woman’s eyes crossed for a whole scene but this was Hanna Barbera we took it all. The episode: “Seeds of Doom” introduced Cyborg as metal foot not he ground hero who helped kids. Though they explained his origin with characters looking at a magazine, voiced by Ernie Hudson this was a great intro to the half-man half-machine hero. He helped the Justice League take down Darksied and his Paradrones (Not Parademons, cuz again Saturday Morning) and eventually joins the team. 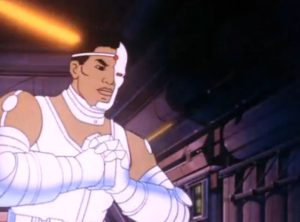 Aquaman– My favorite Aquaman was the version from “Justice League” animated series of the early 2000’s. With his introductory episode “The Enemy Below” specifically the scene when his brother Orm ties Aquaman and his infant son to a rock as it collapses into a underwater lava pit. Only able to free one hand Aquaman takes the silliest part of his costume: the “A” on his belt and hacks off his left hand in order to save his son. That’s some hardcore stuff right there. The creators of that series did their best to get away from the orange top and those thought rings he uses to talk to fish.

Wonder Woman- Without question, Gal Gadot’s performance as Diana of Themyscira in both her solo film and in “Batman v. Superman” has been the best version of her ever. She was crafty and coy to Bruce Wayne, then decided to help him and Superman defeat that crappy Doomsday. She has that perfect moment when she is knocked back into debris, she gives a slight grin and leaps back into battle. Then in “Wonder Woman” Diana is a fish out of water, but is noble and bold and fights for what is right. Everything she is in the comics she is in the DC films.

Batman- It’s true Tim Burton gave Batman his darkness, but Alan Burnett, Bruce Timm, Eric Radomski, Paul Dini and the rest of the team who helped create “Batman: The Animated Series” took it beyond that. By blending a vintage noir setting with brilliant voice casting of Kevin Conroy as the Dark Knight and Mark Hamill as the Joker. This is without a doubt the best visual representation of Batman outside the pages he was created in. 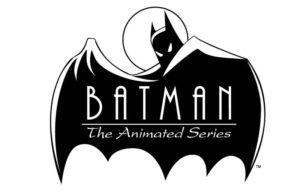 Superman- There is only one name that instantly comes to mind when I think of the Man of Steel, and that’s Christopher Reeve. After 4 films, half of which are pretty awful, nothing can take away his game-changing first appearance in the Richard Donner classic which showed the world, that comic book movies are not just for kids. And though many have donned the cape since then, even current Batman, Ben Affleck, “Hollywoodland” look it up, none have matched the this image of truth, justice, and the American way like this: 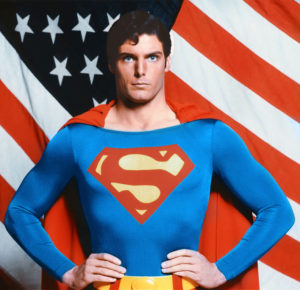