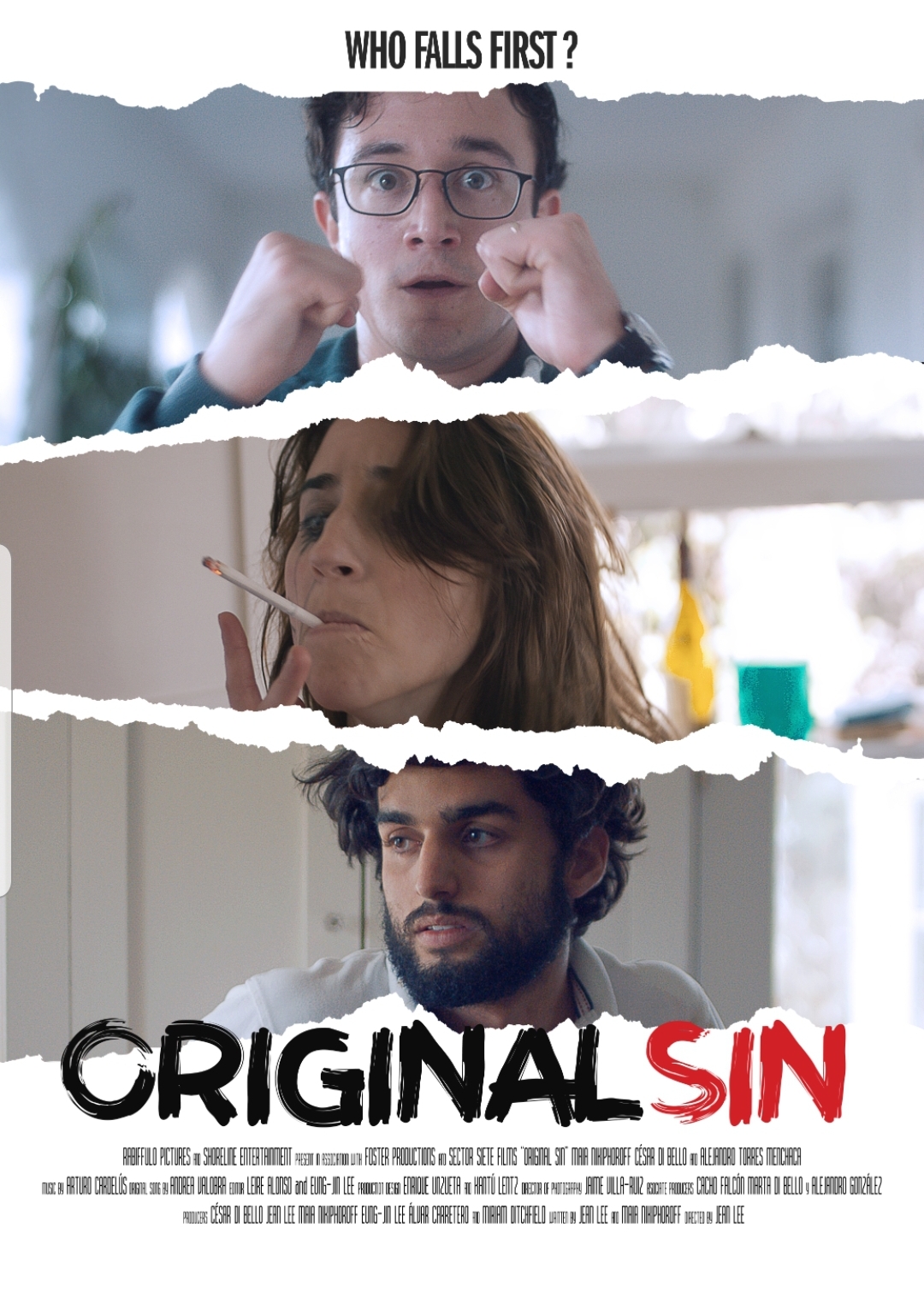 Original Sin is a film that played at this years Austin Film Festival and I had the opportunity to sit down with it’s cast, Cesar Di Bello, Alejandro Torres Menchaca, Maia Nikiphoroff, and co writer and director Jean Lee.

Brian: I am here with the cast of Original Sin, first off I saw he film and wanted to say I really enjoyed it, it’s a lot of fun. I know you have said the film was influenced by telenovelas, how much did that lead you to make the film in Spanish?

Jean: So I don’t think that was necessary the order of things. I think it all happened simultaneously, I think we wanted to tell a story with telenovela influences, but at the same time we are a Paraguayan co-production and all of our cast is multi-lingual, so it was organic to the story as well most importantly.

Brian: So when watching the film I couldn’t help but noticed there was a lot of chemistry with that cast, what do you think help contributed to that?

Cesar: I think what contributed to that is that we come from the same acting school and we also know each other before we started shooting, Maia and I, we have done a couple of projects together before, especially one with Jean before shooting the movie.

Maia: Actually what I think what also helped was the rehearsal process, because although the three of us get along really well, actually the character Cesar and I played, we have a totally different energy the we usually have and so we did a lot of improv work with Jean and I think that also helped for us to feel comfortable with each other in those specific circumstances and also in the house, which was also a very important character in the story.

Maia: Yeah, and creating a safe environment to go to those places that might make us feel vulnerable or exposed. 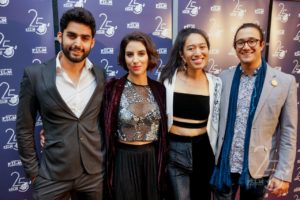 Brian: Well it translates on the screen, you mentioned improvisation, how much of the film was written vs. improvised?

Jean: So I would day we definitely had a script going into the filming process and we had the broad strokes, the given circumstances and the important beats we wanted to hit in the scenes that were improved. It was this beautiful collaborating between us, Maia, and I who co-wrote the script together, of us having planned the emotional arc of the scene and the actors being brilliant at improve and bringing truthfulness from their characters to augment that. So I would say for an example, the scene that was most improvised was the therapy games where they each switch taking trues being “Adrian’s” mother, the great Federica, and so that was the most fun that we shot together, but also at the same time though at night there during the production there would be rewrites based on some of the stuff that the actors either improved or that we discovered throughout shooting. So the whole process was very organic and very unique, because not a lot of films shoot that way.

Jean: I think for me, Maia you might be different, the hardest parts to write I think were the scenes that focused on “Adrian’s” character because I think that throughout the shoot we realized that there were some beats that were missing for his arc and so there was one scene were he lies about the mantande, which I wrote the night before, I mean more credit to the actors who were so flexible and who were able to pick that stuff up the evening before even after a whole day shooting and perform the next day with it brilliantly. So that was really a tough scene because it wasn’t pre-planned, but at the same time and because there was so much preparation and because we knew the characters in the story so well it was still a pleasure to write that, as for as the scene that was the most challenging to shoot, I don’t know, what do you think?

Cesar: Maybe the therapy scene in way because it was really fun and we had so much freedom, but we had to be really aware of the blocking, because we could waste an incredible day if we were blocking ourselves.

Alejandro: That was really challenging, in that one because we were all in character, but I was sort of the one who starts asking questions and I was trying to improvise and bring things to the table and I would ask something and “Eva”. Maia was like, “No, I don’t like this game”.

Maia: I was so, not up for it. (Laughter). I think for me as a first time writer the biggest challenge was not being sure if the absurd and the extreme would work and trusting Jean and going on that journey with her was pretty awesome.

Brian: Where does the film title Original Sin come from?

Jean: That’s a great question, so obviously there is a biblical reference and for us we like the idea that the oldest triangle that has existed in history is the Genesis story of Adam, Eve, and the Serpent and a lot of people focus on the original sin being the first bight of the apple that Eve takes, but I think that Genesis, especially the Adam and Eve story is very complex and fascinating, because within that story there also is the blame game, when God comforts Adam, he’s like “Eve made me do it” or “My wife made me do it.” and she is like “No , its the serpent” and nobody is willing to take responsibility and that was a very fascinating aspect to us, so you will see in the story an element of that. Nobody is willing to take responsibility for their actions and also the rules that they follow.

Maia: Also all that happens when a high institution come and that’s when you have to give an answer and you don’t want to take responsibility for any of your actions. 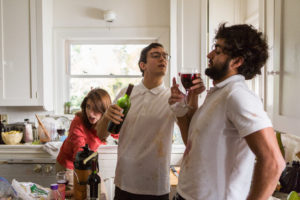 Brian: I also wanted to ask you about the score, as it seemed it was an integral part of the story as it seems each character had their own theme.

Jean: Yeah, so I really wanted to work with Arturo Cardelús, who is our amazing composer and he is just so brilliant and I don’t think he will mind me saying this, but he actually trained to be a priest before he became an artist and so you see that in his work. You see that he is divinely inspired almost, like his music is very huge in the sense that is makes you feel, you hear it and it impacts you spiritually so in that sense it was a real joy to work with him and he is very classical in his music. One of his biggest influences is Beethoven and so I wanted to play a little around with that, like his classical, rigid, traditional structure and how do we break it? So we thought about breaking it by making, for example, the soprano in the movie screech at some point and you here these rhythms playing against each other and in addition to this classical music we introduced flamenco and a little bit of salsa and the Spanish guitar. So you have all of these seemly conflicting sounds working so harmoniously together and so each character had also had a different style of music that represented them and that’s where Arturo and I started off. What is the instrument or style of music that represents “Eva” vs. “Adrian” vs. “Luis” and how can we make them work together, so that was really, really fun.

Brian: Yeah, I think it really added to the film in a lot of ways. The last question I wanted to ask was about the location, you filmed in a house for what I believe was twenty days?

Jean: No, it was two weeks for production.

Brian: How much did the location add to the story?

Jean: So we were in a unique position where because we had such a small budget, we couldn’t just set dress and get a set for out shoot. We had to choose a house with keeping in mind that we had limited resources in our ability to change it. So we did a lot of location scouting of big houses and we had to cheat L.A. for Spain. There was that element, we ended up finding this really beautiful house by the ocean that was actually Cecil B. Demille’s ex mistress’s home. (To everyone) How appropriate. (Laughter). So we walked into it and it looked like somebody had robbed a Catholic Church, if you look at all the furniture in there and it was so perfect in that way and in that sense I am just so grateful for how this film came together, just everybody working so hard, bringing everything they had to the table and those all adding up and creating this film that we would never had been able to make if we had just gone a traditional route. 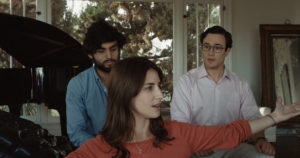 Fantastic Beasts : The Crimes of Grindelwald 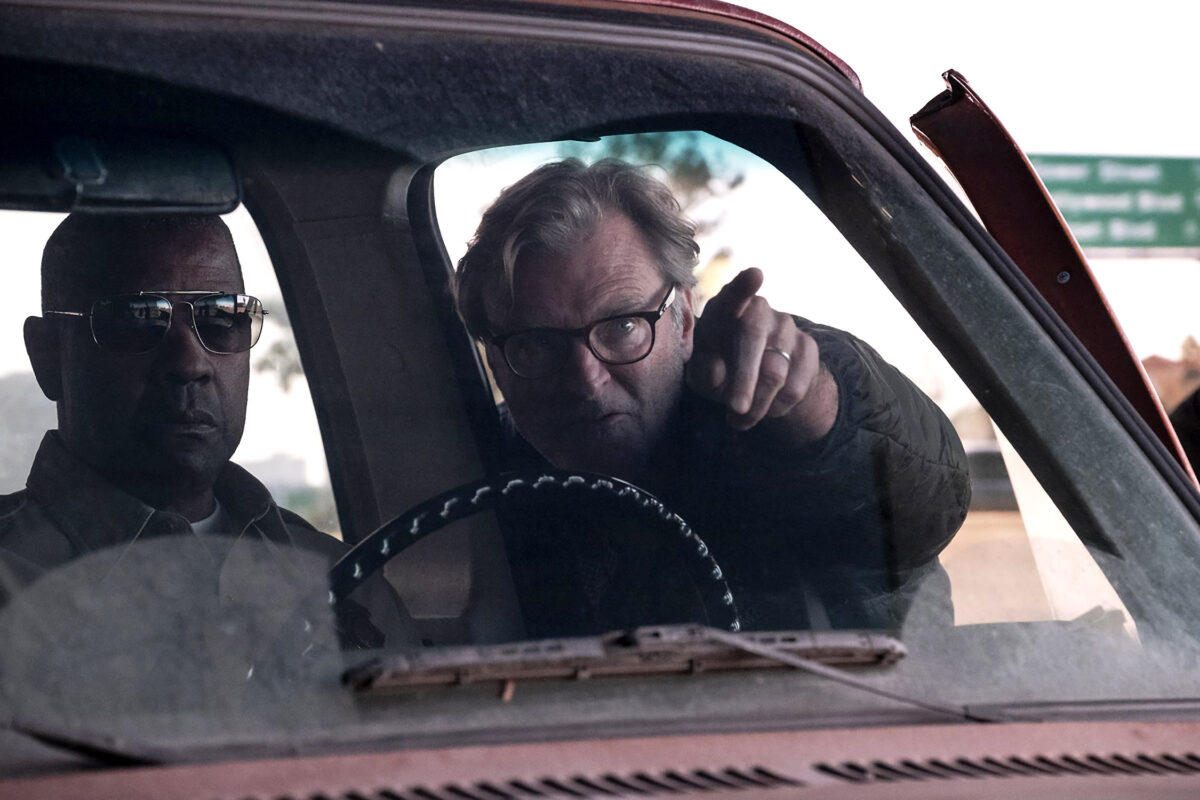