This line sums up everything Spider-Man stands for, in both the comics and films: “With great power, comes great responsibility“  In Sam Raimi’s 2002 Spider-Man the words from his Uncle Ben fall on deaf ears as Peter is about to use his new found power to make money to buy a car to impress a girl. When his neglect of that responsibility leads to the death of his Uncle, it leads Spider-Man to exact revenge, closely followed by genuine refection on those immortal words and leads him to become the hero he was meant to be. Actor Cliff Robertson 100% nails the delivery of that wisdom imparted to us by Stan Lee in that first issue of Amazing Fantasy #15. 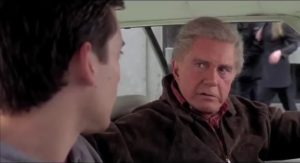 A true nod to the comic page our favorite web-head was born on was never more self evident than in the opening credits of Spider-Man 2. As the highlights of the first film are rendered in the classic panted art of comics legend Alex Ross. Mix in the fantastic score by a legend in his own right, composer Danny Elfman the opening of this film sets up what is to become one of the greatest Superhero movies of all time! 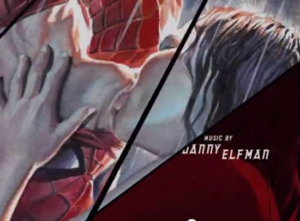 One of the criticisms of the Raimi Spider-Man films was the clear evidence of studio notes as we see so much of star Tobey McGuire’s face. Even if he was wearing the costume he is invariably un-masked for some reason or another. The one time it actually works for the story is in the train fight scene with Doc Ock, played masterfully by Alfred Molina. As Spidey saves the day he goes unconscious and is helped by the very people he just saved. What makes it incredible is the reaction of the people, surprised that he’s just a kid, and that it’s alright that they saw his face, and the little boys line of “We wont tell nobody”. It’s so endearing and one of the best moments of that whole series.

Does Whatever a Spider Can–

The Marc Webb film The Amazing Spider-Man got dealt the unfortunate hand of coming out in the Summer of 2012. When there were six films released under the Marvel Studios that found the perfect balance heart, humor, and heroics, the most recent of which was Marvel’s The Avengers. Needless to say Sony had no chance of competing as they were still sticking to big name stars for their cast and a much darker tone for the web-slinger. While I still like some of elements of these two films, I loved the scene where Spidey creates an endless stretching web in a sewer system and waits for the vibration of the Lizard tripping one of his web lines. 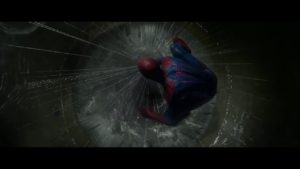 There is little argument that the casting of young Todd Holland as Spider-Man for the MCU was the right choice. He has the kid-like wonder and is impressive as the fast-talking Spidey when in the suit. After he is given the Tony Stark makeover and then given the best intro as he nabs Captain America shield from above he lands right into history. It was the OMG moment of the Civil War trailer and still plays extremely well in the film. 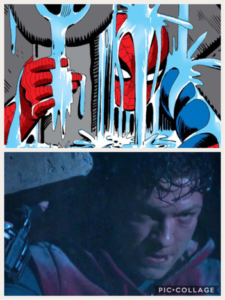 With the proper guidance of Marvel, Sony’s return to a  solo Spidey film in Spider-Man: Homecoming hits every note as Peter comes to terms with being just a friendly neighhborhood- you know. But the scene that always gets me is when The Vulture (Michael Keaton) has trapped Peter under exploded rubble and we see the true Peter Parker: a scared little boy as he cries out for help. Followed by the true Spider-Man: as he summons the strength to lift the debris off of himself. It’s amazing, just as the comic covers kept telling us for years. 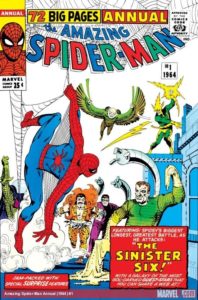 Spider-Man : Into the Spider-Verse