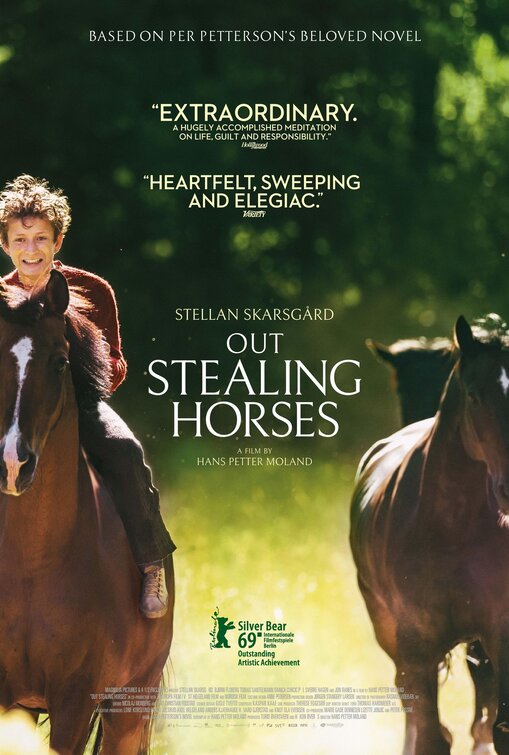 It’s 1999 and Trond (Stellan Skarsgård) is settling in to spend the change of the millennium alone in his cabin. The weather outside is frightful and Trond is a man who after a tragic accident has forgone picking up the pieces of his life and instead has cut ties with everything completely. In his escape from everything and everyone he knows, he runs into his neighbor named Lars (Bjørn Floberg), who he recognizes from the summer when he was fifteen. The reintroduction takes Trond back to that summer, and to a time that would change his life.

15-year-old Trond (Jon Ranes) is staying the summer with his father (Tobias Santelmann) away from his mother and sister who his father says distract him. Trond’s father lives in the forest in a cabin and is what you call a practical man, you know a man who gets things done. Trond’s life with his father is not complicated and he spends time with Jon (Sjur Vatne Brean) a kid who lives nearby, who together can get into mischief sometimes. One of the things that they do is go out and steal wild horses, or really just ride them, but the term really refers to the trouble they can get into. That summer Jon’s family suffers a tragedy, something Jon felt responsible for. That event lead to Jon’s mother and Trond’s father having an affair, even as Trond’s father worked with Jon’s father cutting timber down. The present and the past come together as Trond meets his familiar neighbor all these years later. Little is said about their past other than them both recognizing each other even though the holes in their past connect the two in this story about the season of life, guilt, and responsibility.

There is both beauty and sorrow in Out Stealing Horses that you can both see and feel. Moland who adapted the screen play from Pettrson’s novel helps weave a story of fathers and sons and also the effect family can have on us all. The film plays out in fragments of time, where we see Trond at the points of his life that shaped him the most. We are all results of the guilt over the things that have happened and as we get older our lives are filled with a lot of introspection. Out Stealing Horses explores that, first in its book form and now in the form of cinema. There is a very melancholy way this story is told, but it also is beautiful, both in appearance and the feelings that are conjured up within its characters. The story starts to lose its steam a little at the end as it focuses much more on the older Trond. Thus taking what at times is a coming of age story and making it more about the guilt of the choices that make you wonder if some of us ever come of age at all.

Out Stealing Horses is available on VOD