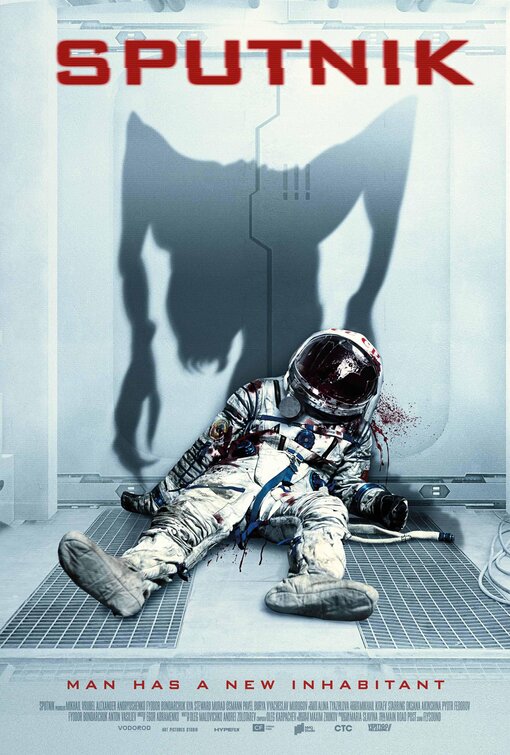 Someone once said that in space, no one can hear you scream. For 1979’s Alien that was true and we learned that space as a location for a horror film is quite a good idea. Over the years we have had plenty of films about creatures from the stars who just want to terrorize us, but few have breathed the air of the Alien. This year we have Sputnik, which has entered the air lock and is looking to become the next talked about horror film with hopes of bringing those screams in space down to earth.

It’s 1983 and two cosmonauts are finishing up their time in space. Things are going smooth and plans are being made for when they return to earth when something goes wrong, as things tend to do in space. After a crash landing one of the cosmonauts, Konstanin Veshnyakov (Pyotr Fyodorov) is taken to a secure location for some monitoring. It is at that time a doctor named Tatyana Kilmova (Oksana Akinshina) is brought in to provide some new eyes on the situation and after a little while she learns there is much more going on. Veshnyakov did not come back to earth alone, and the creature that he brought back feeds off of fear. Kilmova starts to unlock some answers and figures out that Veshnyakov and the creature are one and makes up her mind that she has to save them before the military tries to use them as a weapon, because of course they would want to . Now saving a creature that feeds on the fear of humans might not sound like a good idea, but Kilmova believes Vashnyakov can control the creature, so things can’t get that bad right?

Sputnik really gets so many things right as Egor Abramenko has what it takes in this, his first feature. With cinematography that is just a sight to behold and brilliant special effects, which includes a creature that just might haunt your dreams. While it has so many things working for it, the weak point of the film is the screenplay as it doesn’t live up to the other aspects of the film. There are a few things that should have been cut, including a back story on Kilmova as a kid and an ending that should have ended at one moment instead of the ten minutes later than it did. These though are not the kind of problems that will make you dislike it, but instead just think it could have been better without those parts. Sputnik doesn’t quite reach the orbit of the likes of Alien, but it also doesn’t fall that short of it as this is the kind of film that can put the fear back into wanting to go to space.