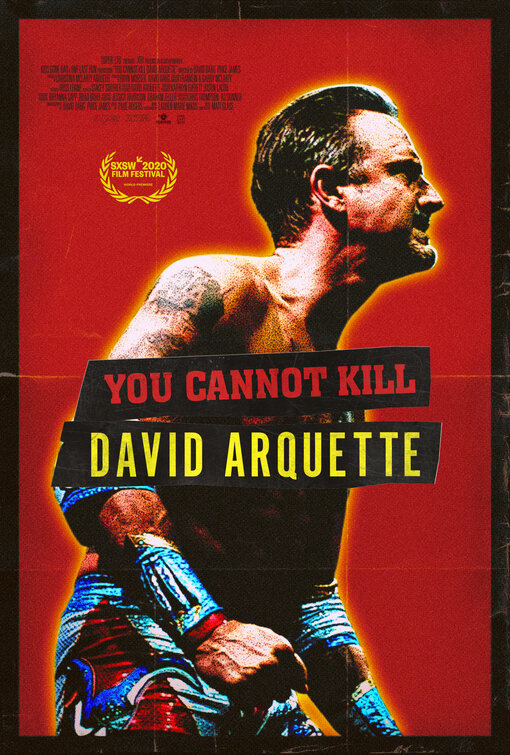 There are some actors that are like the north star and their light always leads you to the local multiplex. Most actors though are not in that universe and will appear in whatever they can. It is through that hard work that sometimes someone from that constellation shines a little brighter and you will know their name, even if you can’t remember what movie they were in. Now that I got all of my corny star references out of the way we can talk about the real reason we are here and his name is David Arquette.

You know the name for sure and I am sure you are picturing him as that lovable Deputy Dewey Riley from the Scream franchise or maybe from Never Been Kissed , either way you know who I am talking about. What you probably don’t remember is that for two weeks in 2000, David Arquette was the WCW heavy weight champion of the world. It was all a stunt of course, but for Arquette, who was a fan of wrestling it has always hurt him that he was hated so much by a world that he loved. Now forty-six years old Arquette wants to get back in the ring and try and earn the respect that he never got when he had the belt. That road is going to be hard, as others see him as a joke and his health is not is a good place after recovering from a heart attack a few years ago. That though doesn’t stop Arquette and he starts at the bottom and works his way up, slumming it and all as he even participates in some back yard wrestling off the beaten path. Putting in the work pays off and Arquette gets in shape and starts to make waves in the wrestling world and more importantly he is not being laughed at in the world and is earning the respect he desires. It doesn’t matter to us as the audience though, as we just want Arquette to get what he wants, because he is just a great guy and the world seems to be lacking in that department right now.

Probably like most American boys I had a thing for wrestling when I was younger, but at some point I out grew it and left that world behind. The names though from that world stay with me and I can feel the love for the sport from Arquette. What really makes this documentary go is that you want Arquette to get what he wants because you can tell it comes from the right place. Directors Davis Darg and Price James seemed to have come at the perfect time and as they get to follow Arquette over two years as they gather enough for what would end up being a highly entertaining finished product. I always has a soft spot for Arquette as he has a bit of Nic Cage in him, and you want to support him no matter what path he takes. If you didn’t feel that way before, you will after this, because it would be hard not to love this movie or David Arquette after this watch.