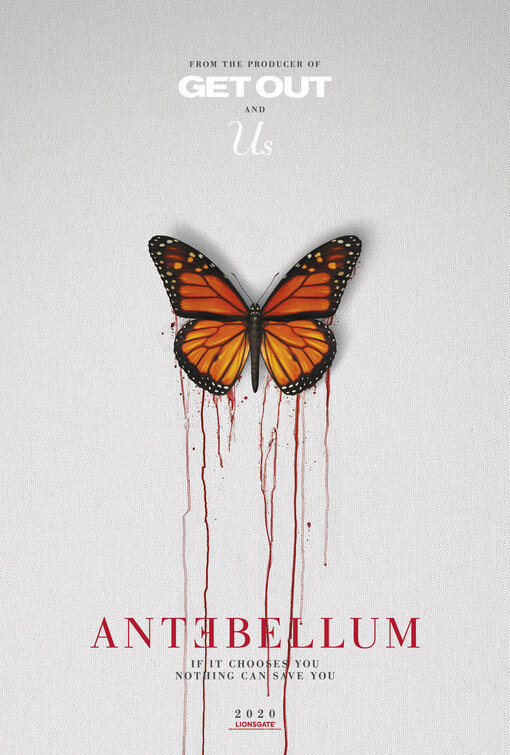 The opening of Gerard Bush and Christopher Renz’s new film Antebellum begins with an eight minute tracking shot with a haunting score that really is a marvel to watch. With such beauty you might think you are in store for something that you won’t soon forget, but unfortunately it’s all downhill from there. Billed as a horror film that relies more on its story to bring the fear rather than your typical jump scares, as it tries to twist its way into something that’s not as smart as it thinks it is.

There are plenty of twists in Antebellum and it relies on the audience’s complete buy in for the story to work. Antebellum refers to a plantation that we find ourself on. Edan (Janelle Monáe) tried to escape, but is captured and punished for her attempt. At Antebellum, speaking is not allowed by the slaves unless given permission and the plantation is ruled with a heavy hand by Captain Jasper (Jack Huston), who makes sure its rules are followed. While there seems to be order, there is a plan underway for Eden and a few others to try and escape again, but timing is everything. Things though might not be as they seem and Eden has to figure it all it out before it is too late.

Not wanting to give any of the twists away, Antebellum really needs to get you behind their ideas for it to all work. That for me was difficult as most of the twist lack any kind of moments that will leave your mouth open. Instead Gerard Bush and Christopher Renz’s waste a stellar performance from Monáe with a script that is not nearly as clever. It’s a shame too, as the idea is interesting enough but the execution is just underwhelming. Besides Monáe’s performance the film is quite a sight to see thanks to the cinematography by Pedro Luque, who really captures the look of the world that the filmmakers were going for. With the visuals and Monáe, you would think things would go smooth from there, but if the film is solely relying on the twist to hold it all together, it wouldn’t secure much. Antebellum was one of the many films that was pushed back because of our current situation, and I would have loved to have seen that opening scene on the big screen. Though it’s never a good sign when your first eight minutes are your best, and in my eyes that eight minutes is the only part worth watching with this one.

Antebellum is available On Demand

The Devil All the Time