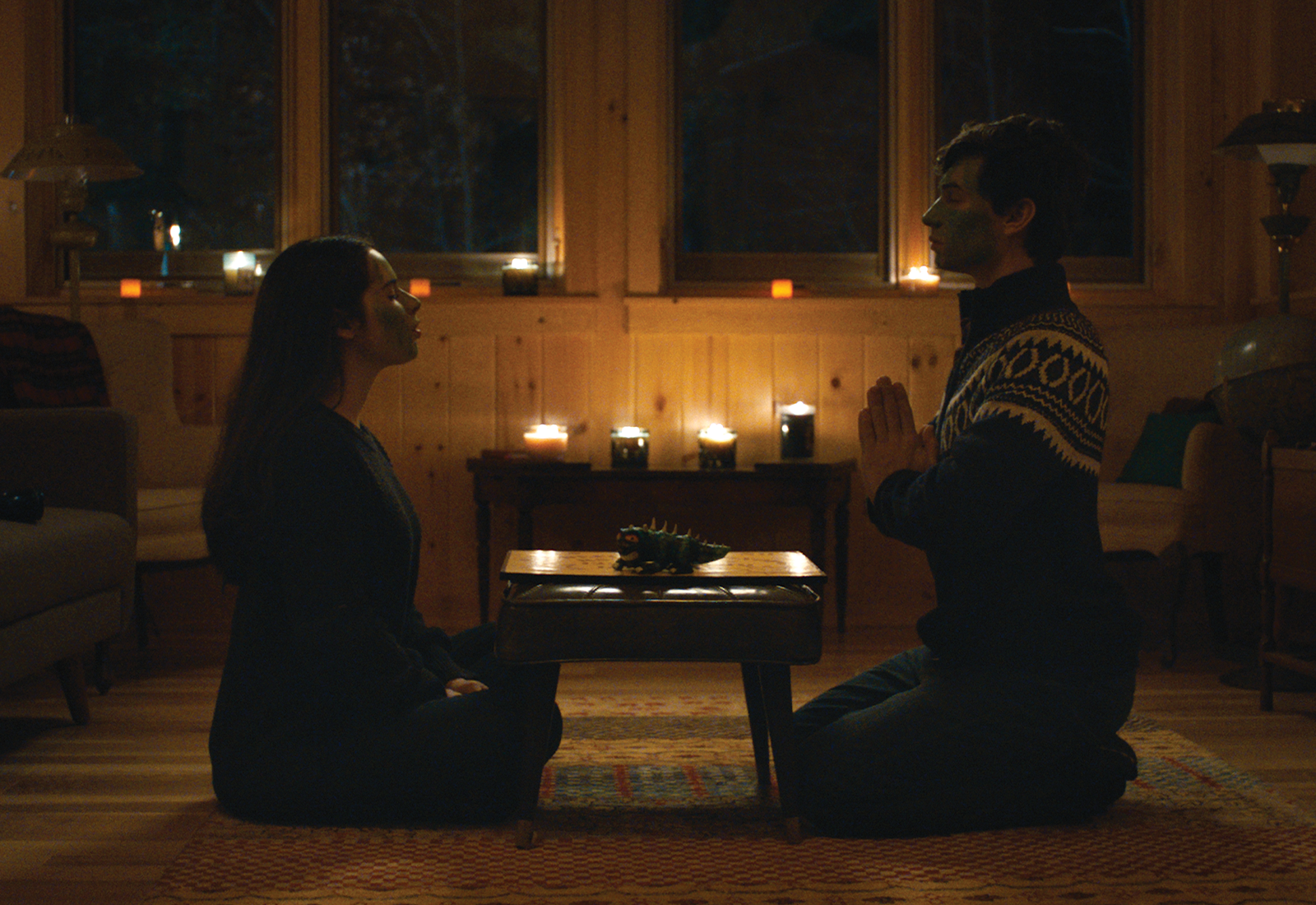 Madison (Vanessa Marano) and Jimmy (Benjamin Papac) are a young couple at the crossroads of life. Madison is applying for schools, while Jimmy is working as someone who runs weed to places that need it. It is Christmas time and they are with Madison’s family at their lake side cabin, not really having the time of their lives. After a fight with her mother Charlotte (Gabrielle Carteris) over the direction of her life, Madison and Jimmy go off into the night and are drawn to a neighbors house. Using the key they enter the house and end of staying the night only to wake up and find the place has been robbed.

Having no real reason to be in the house Madison and Jimmy are suspects and are told they can’t leave town, so Madison’s uncle Andy (Chris Mulkey) stays behind with them. After finding his own cabin robbed as well, Andy, Madison, and Jimmy go back to the families cabin and play the waiting game. Fearing for their own house, Madison and Jimmy go all “ Home Alone” and set up traps to deter the robbers. When everything comes to head it doesn’t take long for all of it to go wrong for all involved.

How to Deter a Robber  sets up a premise of hilarity and while there is laughter brought on from some of the characters, the humor isn’t as much as you want. You are given some characters that you do like, especially Andy who seems like he would be the best uncle ever, giving out advice and just being there for you. I wanted to get behind this, but every time I thought the movie would zig one way, it would end up zagging in the opposite direction. Writer and Director Maria Bissell had a good idea and while there are some enjoyable moments in here, it often doesn’t capitalize on them and you are only left with something that is pretty average. The best part about this film is the title, it’s just a shame everything else that takes place after it doesn’t live up to its greatness.

The Boy Behind the Door -- Fantastic Fest Review