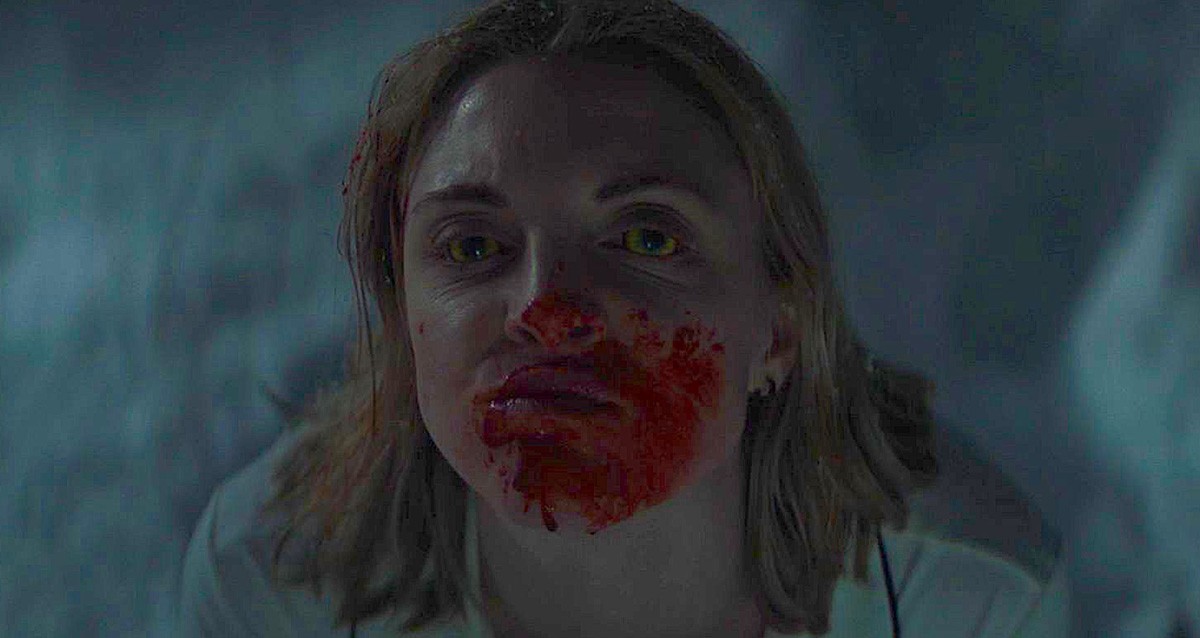 Finding out you are a werewolf can really never come at a good time, especially if you are in the middle of recording your second album. That is exactly what happens to Grey (Lauren Beatty), an indie singer who is looking to not have that sophomore jinx. In order to achieve that she has decided to work with a producer named Vaughn (Greg Bryk). She feels with his help it will keep her from making a misstep, even if he has a questionable past. You see Vaughn was once acquitted of murder of a young artist a lot like Grey, and even though her girlfriend Charlie (Katharine King So) is against it, they hop in the car and drive to his house for the sake of Grey’s music.

Nestled in a snowy wonderland and even equipped with its own junkyard that has a road that runs through it that is perfect for endurance test, Vaughn’s house is rather magnificent. Grey gets there and it doesn’t take long for her music to change at the behest of Vaughn as he encourages her to stop holding back. Grey has always had a problem with hallucinations that involve her turning into some kind of animal, but luckily there is a pill for that and it helps keep it under control. Vaughn convinces Grey that those pills are holding her back and she stop talking them and the real Grey slowly starts to come out. And it turns out that she can be a real animal when she needs to be.

One thing you will never hear me say is that we have enough werewolf movies in the world. For me it’s simple, more werewolves on the screen equals a happy time for me. Having a pop star who comes from a family of werewolves, is kind of a brilliant idea and I have to give it to Wendy Hill-Tout and Lowell with coming up with that story. The pop star angle works because of Beatty, who doesn’t just deliver as Grey, but also has a voice of an angel, which makes it a little strange that she is creature who loves to kill. The story is for sure is a slow burn, but the final thirty minutes make up for the time it took to get there. The wolf makeup courtesy of David Trainor looks great and the way Amelia Mosses chooses to film the transformations gives you just the right amount to see. While Bloodthirtsty is not a movie I would say I loved, it is one I enjoyed quite a bit, I mean it’s got werewolves in it. I give it two and a half howls out of five, just don’t watch it during a full moon, just in case.

How to Deter a Robber --Fantastic Fest Review