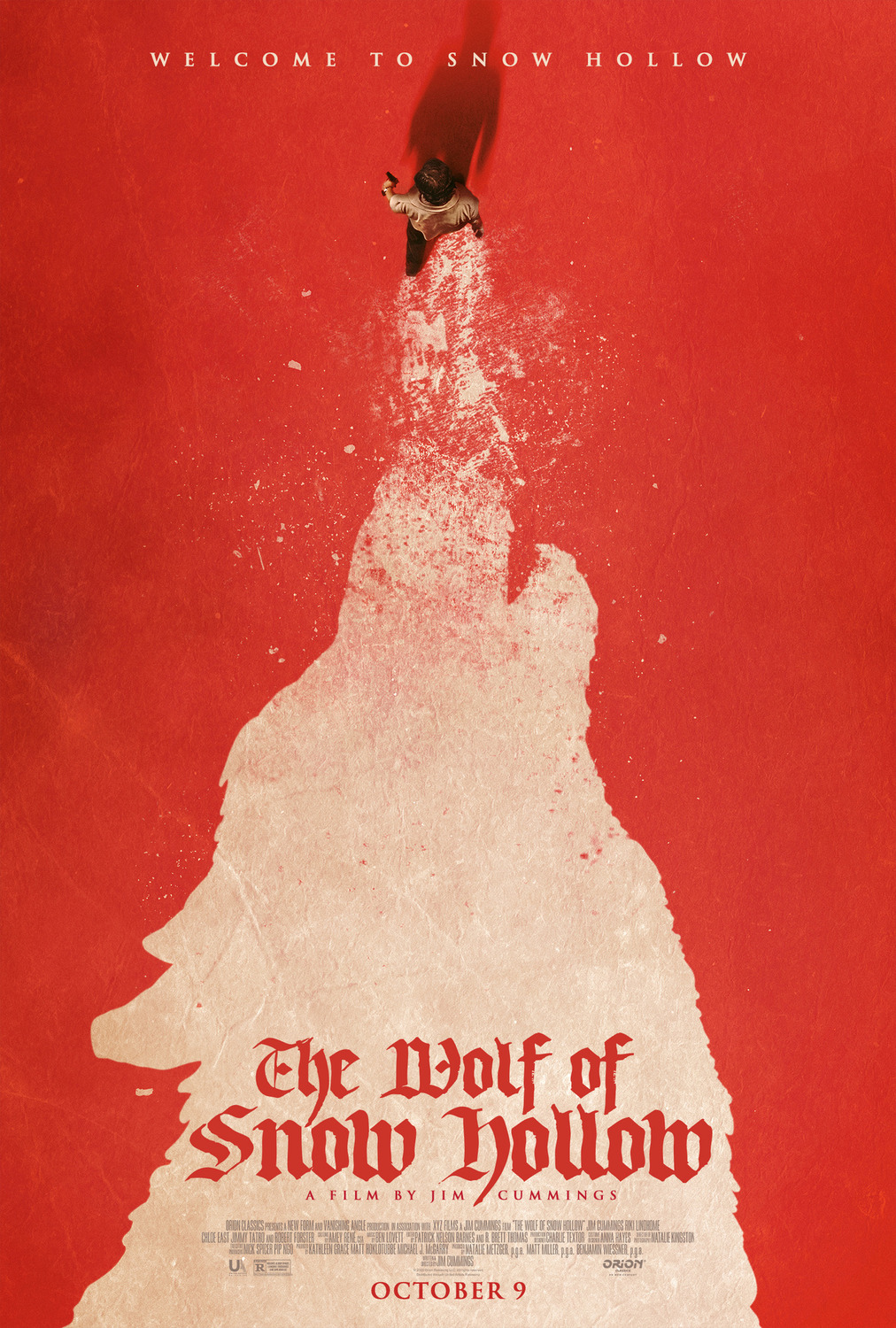 I often wonder if it’s safe to go anywhere anymore. No I am not referring to our current situation in the world, but instead just in general. Movies have taught us so much, like don’t go in the water, never stay in an a cabin in the woods, and stay out of resort towns. I mean think of all the movies that have a killer on the loose, it always seems to happen in a resort town. That is exactly the case with Snow Hollow, a ski town that is having a string of killings happening every full moon, if they could only find the man or thing that is responsible for them.

For Snow Hollow’s Sheriff department, led by Sheriff Hadley (Robert Forster) there seems to be a disagreement on what is doing the killings. For a group of officers, led by John Marshall (Jim Cummings) and Officer Robson (Riki Lindhome) they are looking for a man who is pretty tall and brutal. It is while they are investigating that others are blaming a werewolf, since the killings happen only when the moon is full, and the killings match that of a wolf. Officer Marshall is not having that, instead he just wants to solve the case. Marshall though is not a straight arrow, he has outbursts of anger and has had a drinking problem in the past. After the last near killing, which involved Marshall’s daughter, things are getting personal and are starting to point to a suspect, but can the law stop any of them before the next full moon?

After the last few nights of full moons, I am starting to think it is not too good of an idea to watch so many movies that have werewolves. Lucky for me, The Wolf of Snow Hollow is more of a good time than one that will make me want to hide under my covers. Cummings, who goes hits the hat trick with this one, since he stars, writes, and directs and pretty much kills it with all three. I really found myself laughing out loud more than a few times as Cummings just nails his delivery. This though is not just a one man show, as Cummings surrounds himself with a great cast, led by Lindhome and the late great Robert Forster. Put everything together and you have a new film to add to your yearly Halloween movie marathons. This will be the perfect film to lighten it up, because there is nothing wrong with a hour and a half of chuckles and scares.  I know you are going to like this one as much as I did. Some of the best scary movies find a way to mix humor and horror, this one find that mix and shakes out a fun filled fright fest.