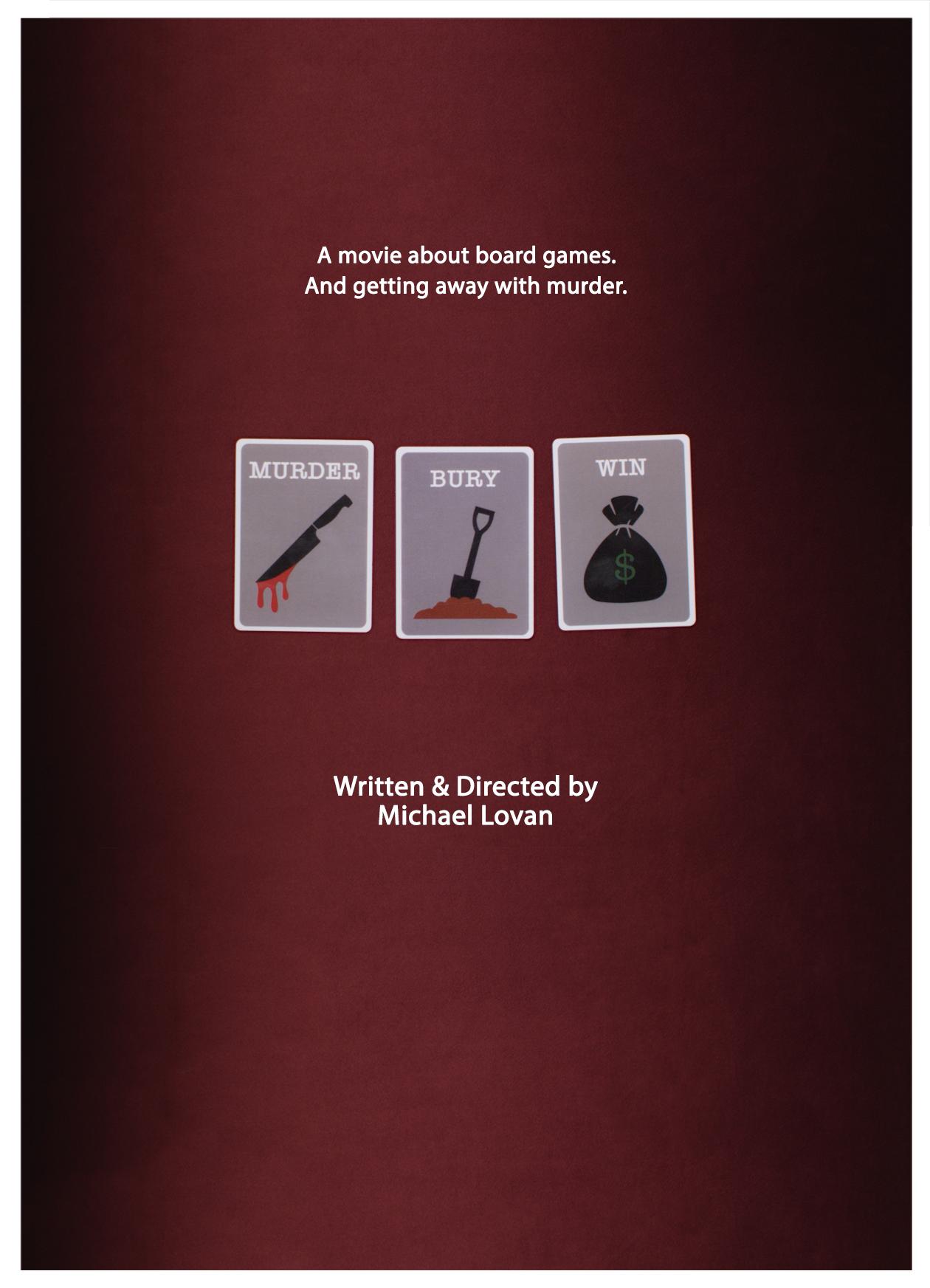 At some point every group of friends thinks that they have come up with the next great idea. The ones I came up with were never anything to write home about, but the group of friends in Murder Bury Win have come up with an idea some would die for. Chris (Mikelen Walker), Adam ( Erich Lane), and Barrett (Henry Alexander Kelly) have come up with a board game idea that they think is golden. So they do what anyone with a great idea might do today, they put it on a crowd funding site and hope they can raise the money to make it. Dreams though die hard and they fall way short of their goal, so game over right?  Well, maybe not.

Adam gets a call from a stranger who wants to have a meeting with the three of them about their idea. It takes some convincing, but the group of them go to a not so creepy cabin in the woods and meet this stranger who has shown interest in their idea.  After some conversation they discover this stranger is V.V. Stubbs (Craig Cackowski), who just happens to be the brains behind all of their favorite games and he wants to buy their idea. While Adam might be on board, Barrett says no and on his way out an accident happens that he bears no responsibility for, but it does put the three of them in situation that will put their unique expertise to a good use.

Murder Bury Win is a film that proves nothing good can come from when you try and cover something up.  Not only will most thing go wrong, sometimes comic hijinks ensue. In a dark kind of way, they work together to try and cover up their mistake. Written and Directed by Michael Lovan , Murder Bury Kill while at times looks a little low budget, the narrative never feels that way. The story is not the only thing that stands out, so does the cast, especially Walker who really shines above the rest. I love a good board game, but love a good movie even more, Murder Bury Win ends up being both and that’s a win for everyone.