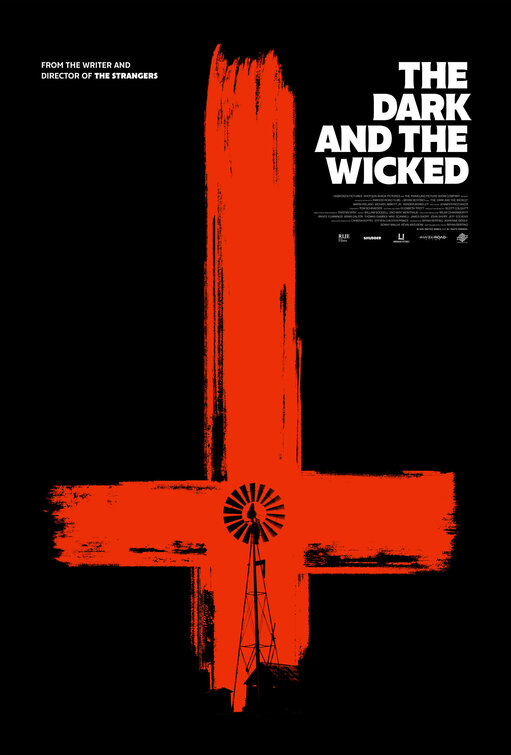 On a farm in a small town somewhere in Texas, a man lies on his death bed. Caring for him is his wife (Julie Oliver-Touchstone) and a nurse (Lynn Andrews), but they are not the only ones waiting for his quite end. When their kids show up, Michael (Michael Abbott Jr.) and Louise (Marin Ireland), their mother is not happy, as she told them to stay away, and soon they start to see why.

There is a darkness hovering over the house and it is not that of death, it is something much more sinister. Things though at first are not seen by Michel and Louise, but things start to go south for them quickly, especially after an incident with mother.  A ‘cutting some carrots’ moment you soon won’t forget. Then it really kicks into gear for the two siblings as at first it just happens to Louise as she is hearing and seeing things that no one else does. Dealing with happenings on a farm in the middle of nowhere is part of living that life, but this is far beyond normal middle of the nowhere kind of things happening. Of course it only gets worse as there is something dark and evil that wants something and it is not going to stop until it gets it.

The Dark and the Wicked often pulls no punches in its delivery and never lets you feel at ease at what you are seeing. There are some legit moments that will send chills down your spine in this story of family and faith, or in the case of this film, the lack of it. Writer/Director Bryan Bertino delivers a story about what would happen in a house on non-believers, just because you don’t believe, doesn’t mean it doesn’t exist. He lets the narrative to a slow boil and the lets that darkness slowly engulf you instead of throwing you in the deep end of the pool. No, he much rather let everything creep up to you as he has full control of the world he has created and put you into. Taking this approach on a tale as old as time puts you more in a modern state of  mind, as the amount of non-believers  seems to grow every day. It is this approach that makes The Dark and the Wicked rise above most of your current horror moves fare. Mostly because it asks a question that is relevant today. This is movie that is dark and one of those movies that watching one time is enough, because after a second time, even though it’s good, might just be too much to handle emotionally. For me that’s a complitmet as this is one movie that knows what it is and what it wants you to feel after you watch it.