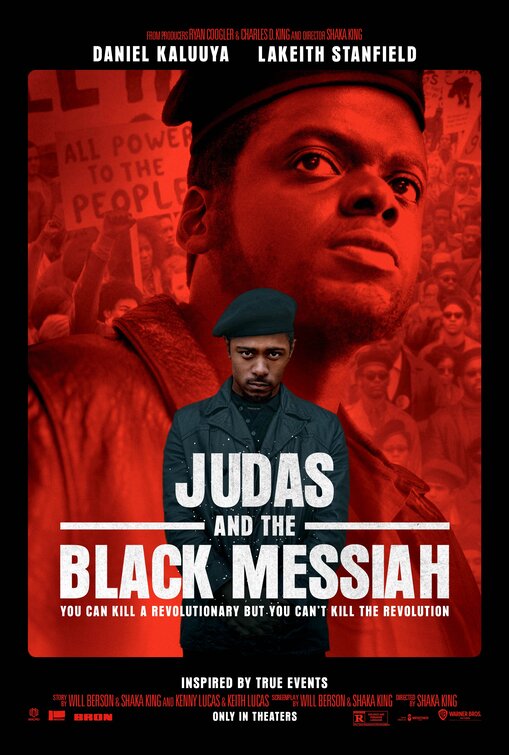 If you don’t know who Fred Hampton is, you wouldn’t be alone. But in 1969 at the age of twenty-one he was a central figure in Chicago where he was the Chairman of the Illinois Chapter of the Black Panther Party. It was around this time that the F.B.I. had said that the Panthers were one of the top threats to America, which made Hampton someone of keen interest, since he lead one of the larger chapters of the party. For the F.B.I. they had to get someone close to Hampton, to learn what his plans were and that is where William O’ Neal comes in.

O’Neal (LaKeith Stanfield) was a petty thief, who would pose as a police man in order to steal cars. After being caught in his latest attempt, he is brought to Special Agent Roy Mitchell (Jesse Plemons), who gives O’Neal a choice of prison or to help him out on a case. Of course O’ Neal chooses to help him out, and that is when he learns he is to infiltrate the Panthers and get close to Fred Hampton (Daniel Kaluuya). O’Neal gets in and slowly builds the group’s trust in him, he even starts to drive Hampton around in a car that Mitchell gives him. The trust starts to go both ways and the deeper O’Neal gets into The Black Panthers the harder it becomes for him to do what he was put there to do in the first place. Ultimately that reason comes to fruition and  O’Neal has to choose the side he is going to do on, and that decision is going to have all kinds of aftershocks.

Based on true events Judas and the Black Messiah shows that while we have come a long way in the fight for equality, we still have an even longer way to go. The story is from Kenneth Lucas and Keith Lucas with Will Berson and Shaka King writing the screenplay with the later also directing. The story is pretty powerful, but the real power of the movie comes from the performances. Both Kaluuya and Stanfield are outstanding and you also have some strong performances by Plemons and Dominique Fishback. There is not a wasted minute of impressive acting and this really is a tour de force for the entire cast. If “Judas” falters anywhere, it’s in the moments that Kaluuya is not on screen as he is simply electric. This film holds nothing back in its message as King sticks close to the documented history as he tries to hammer the film and Hampton’s message home. The crazy thing is Hampton’s message is as relevant now as it was fifty years ago and King echo’s that message as he educates and inspires us all to be better. Judas and the Black Messiah  is a story that needs to be told and not just to remind us where we were, but to also help us get to where we need to be. Films like this remind us of the power of cinema and just might be coming at an important time in our own history.