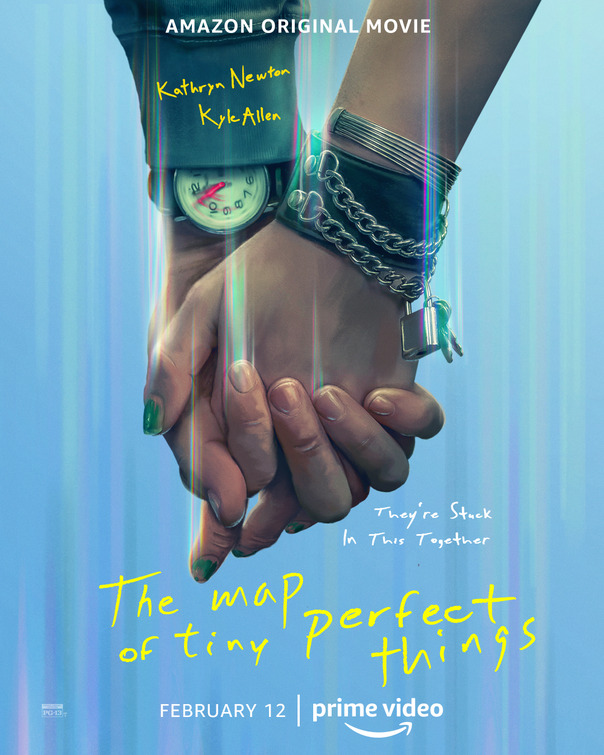 If you were stuck in the same day over and over what day would you choose to be stuck in?  Would you pick a day when you were young and carefree or would you want it to happen when you were around middled age, when you had some experience under your belt? This of course will be something we will never have to decide, but with what seems like more and more movies coming out that put a character in a “time loop”, it’s a discussion we like to engage in. Of course none of the characters in movies that get stuck have such a choice, as all of them just wake up one day and keep reliving that day over and over and…

For Mark (Kyle Allen) that is what has happened to him and since he has been stuck in his loop, he has become the master of his domain and is always there are the right time. Mark lives like there is no tomorrow, because for him there really is none. He spends his day doing what he pleases all while saving people from bird droppings and maybe even help them win the lottery on certain days. For Mark he is just enjoying what is going on, with no clue how it happened or when it will end. Mark thinks he is alone until he sees Margaret (Kathryn Newton)  do something and he realizes that she too is in the same loop as him. Together they start to hang out, doing the things you would do if you had endless days with no tomorrow. Soon though feelings start to form and this is when Mark learns that this is Margaret’s story and there is more to it than he knows. The question then becomes does she have the power to close this circle or are they both meant to live the same day for eternity?

The Map of Tiny Perfect Things is not coming to reinvent the wheel in this genre that has seen its share of films over the last few years. Ian Samuels directs the film from a screenplay by Lev Grossman and while everything might seem pretty status quo, the story does make a turn that I really enjoyed when it happened. The other factor that Tiny Perfect Things has working for it is its leads, who both shine on the screen. Mark, played by Allen, is charismatic and charming, with a little smugness thrown in, but he always seems to be all about the people around him. Newton as Margaret, she seems to live more for herself, even using the time she has to teach herself to drive. That though is just what you see, it is later that you learn there is so much more to Margaret than what you see. Where the film falters sometimes is in its flow, and the lack of consequences for their actions, especially Mark, who does things like drive a bulldozer around town, with even hardly a dirty look. This isn’t just about a time loop though, as you have emotional investment with a great pay off in the end, that also sets this apart from other films like it. In the end The Map of Tiny Perfect Things is charming and thoughtful  movie that will add some light to your life, which is something we should all welcome.