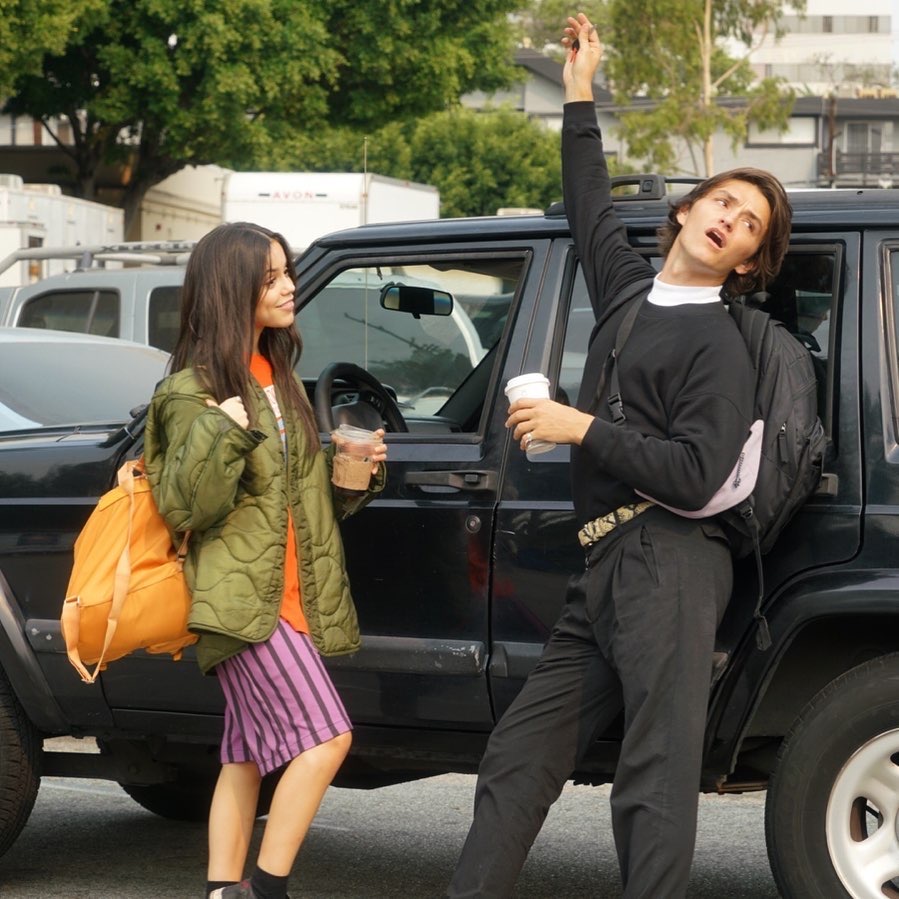 Every time there is a school shooting in this country we hear stories about the people who died or about the person who committed the act, but rarely do we hear about the survivors.  In Megan Park’s new film The Fallout we witness first-hand the life changing reaction to being part of such a traumatic event. While there are some who find strength in the shadow of such an event, even a purpose. But so many just are expected to live their life like nothing happened. For Vada ( Jenna Ortega) she started her day like every other, but six minutes would change everything.

Vada just happened to have to go to the bathroom and while in there she talks to Mia (Maddie Ziegler), who she views as someone above her is standing, but they become equals real quickly. It is in a moments time that Vada and Mia hear a popping noise and realize they are gunshots. Fearing for their lives as they don’t know what is going to happen the pair hide. This is where you start to feel that The Fallout is going to be unlike any film that has tried and tell one of these stories. You only hear the terror, as the only violence you see is another student named Quinton (Niles Fitch) covered in blood as he joins the girls in their hiding place. The story written by Park is not about the act, but about what happens after the chaos has ended. Vada, who is a spunky and happy girl disappears and becomes only a shell of herself, as she says she can’t feel anything anymore. She no longer wants to go to school as her and Mia embrace the bond they formed as they thought their lives were about to end. Both Ortega and Ziegler are fantastic in their roles as you believe they are going through this deep pain.

For Vada it is hard to be the girl she was before and her best friend Dan (Austin Zajur) and her are just in different places now and she knows that their friendship is over because of it. Park has found a way to tell in both words and in images things that you never hear and it makes you wonder what the survivors of such tragedies have had to go through to live any kind of normal life. This film left me speechless at the end as I absorbed what I just saw and the emotions it brought. I have to believe that was what Park’s plan was, for us to feel something after becoming numb to too many horrors like this. It is because of that I think everyone should see this movie, because it helps us empathize and reminds us how many people something like this affects. The Fallout  delivers on several levels and it will stay with you long after the credits end.