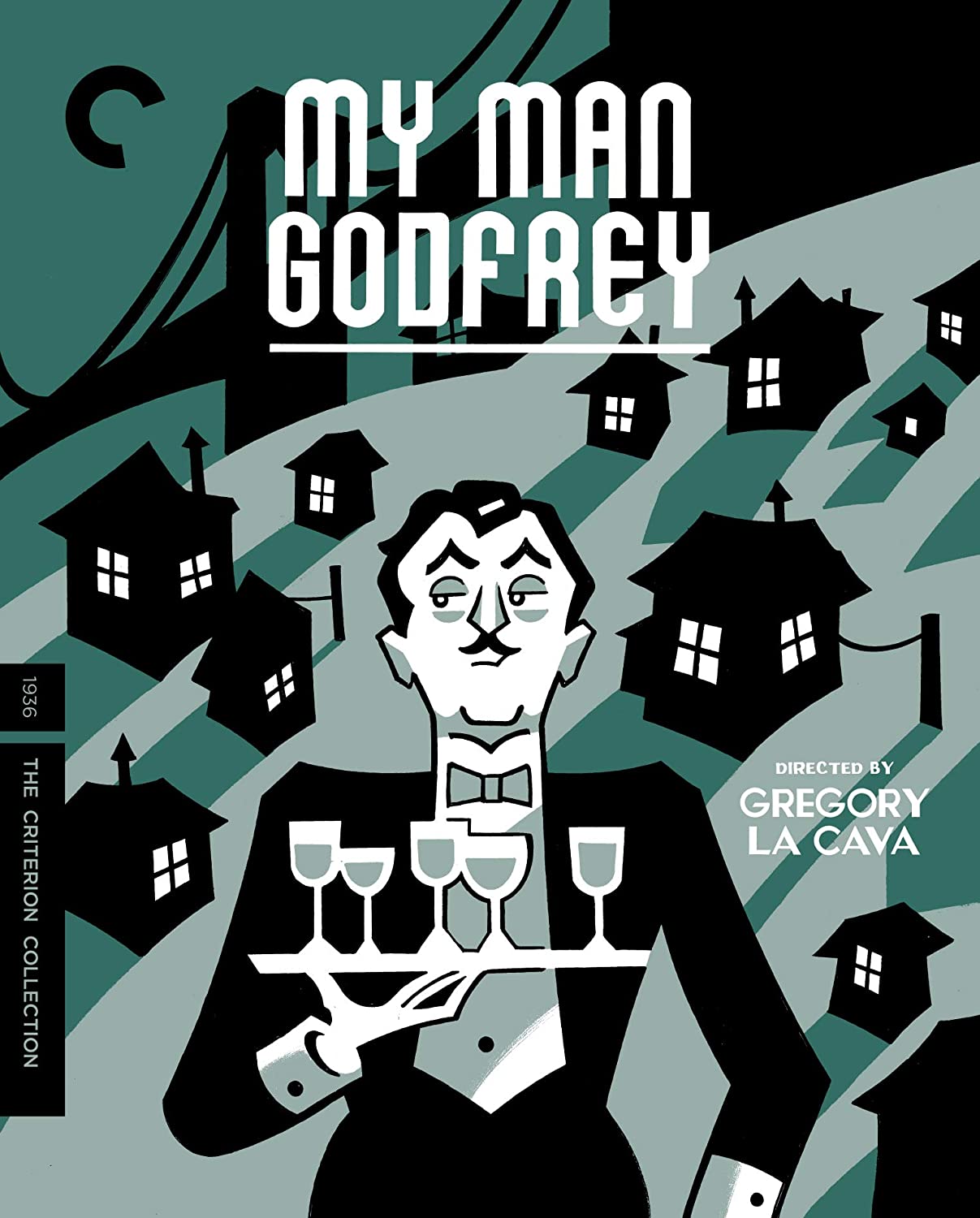 There were several Seinfeld episodes involving Jerry and George writing a television pilot for NBC. The plot of their story centered on Jerry getting into a car accident with a man without insurance, and the judge sentences the man to be Jerry’s butler. A ludicrous idea, even for the 90’s (which I know was the point) and I imagine it was just as silly to have a stranger off the street serve as your butler in 1936. But this is essentially the plot of My Man Godfrey directed by Gregory La Cava.

The dueling sisters Bullock: Irene (Carole Lombard) and Cornelia (Gail Patrick) happen upon a bum in a trash dump along the East river. The bum Godfrey (William Powell) after embarrassing Cornelia agrees to accompany Irene as her prize for a rich people scavenger hunt, he is to be a “forgotten man”. After Godfrey helps her win and proceeds to insult an entire ballroom of the rich. Irene being captivated by his brash nature and clear intellect, she convinces Godfrey to become their new butler. As he meets the rest of the family, mother played by Alice Brady, father played by Eugene Pallette, the maid Molly (Jean Dixon) and Carlo (Mischa Auer) mother’s protege. Godfrey completely turns the house on its head by being completely polite, professional and almost entirely unperturbed by the outrageous nature of the Bullock family. By dodging Irene’s unwanted advances and trying to outwit Cornelia’s vile intentions Godfrey attempts to show both the family and himself that there is more to life than money.

My exposure to the screwball comedies on the 1930’s is very limited, having only seen a few, my favorite being His Girl Friday, and after watching My Man Godfrey I intend to seek out more films of the time. The madcap humor in no way compares to the genius of The Marx Brothers of the same decade, but it’s going for something a bit more subtle even in the face of its broadness of the ‘idiot rich’. The Bullock’s are so rich that they’ve gone over the edge, with random acts of vandalism to the stealing of handsome horses and leaving them for daddy to find in the mansion library.

The script by Morrie Ryskind and Eric Hatch based on his novel, is not as rat-a-tat-tat as Russell and Grant in Friday but funny still. There are some viper-like lines like: “I could have you fired you know, but I like to see things wriggle.” and clever exchanges:

Molly- You’ve got a treat coming, you’ve never met her in the morning.

The only drawback of the film occurs in the third act which feels like it’s in fast forward mode. When the Bullock’s finally get their’s, very little time is given to let them feel the weight of it and the outcome for Godfrey happens so fast before you know it the film is over. Still the hour and a half run time never feels like a slog as the back and forth between the characters the sharp commentary on classes is enough to carry through to the end. I can also see why this was given the Criterion treatment, it does not feel ahead of its time but captures the way films of that time could feel less like vaudeville and more like cinema. It also has an incredible opening sequence as the credits are shown as neon signs on rooftops. 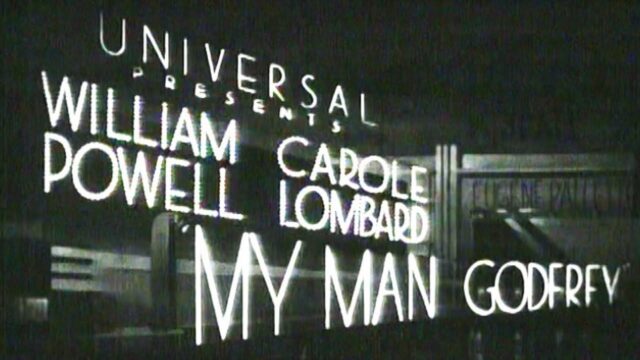 The special features are few but include an interesting interview with critic Nick Pinkerton about director Gregory La Cava. It also has newsreels a radio play, as well as some outtakes, complete with profanity after flubbed line readings, strange to see from that time period but humanizes it in a way rarely seen in this kind of setting.