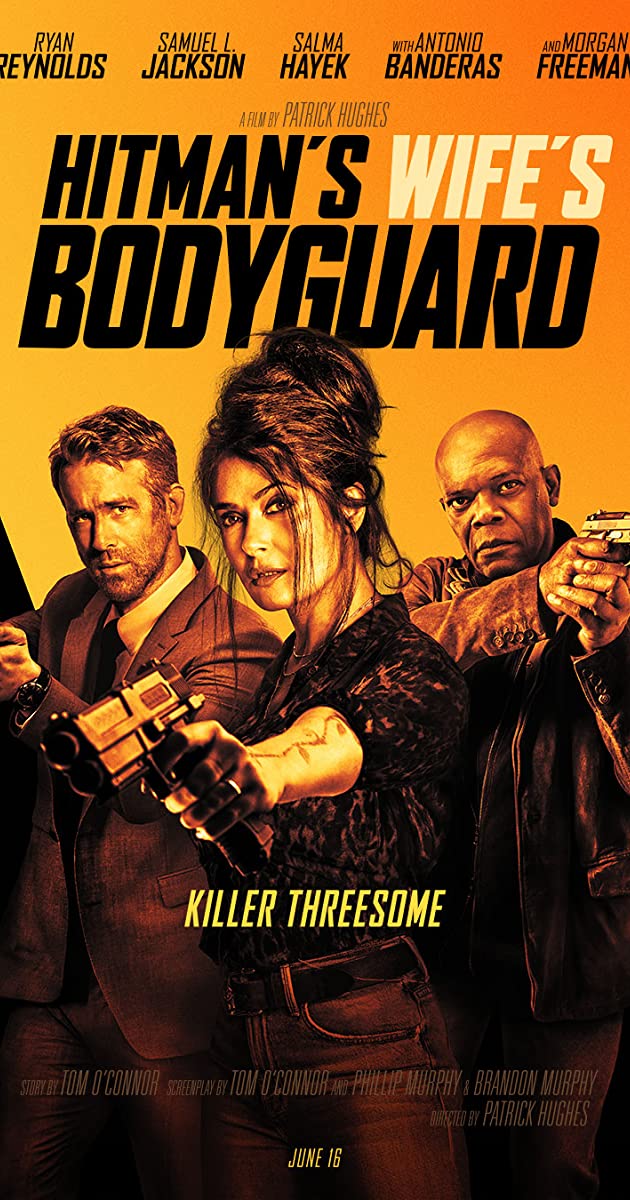 I have never been one to play darts, but the times that I have, even I have managed to hit the center of the board now and then. I feel like some movies are like a game of darts and the studios are they players and while most of throws hit all over the board (some miss entirely like the little cousin who has never played), every once in a while you will get a good score. That’s how I felt about The Hitman’s Bodyguard and honestly I think they should have been happy with that. Instead, we get a second dose of Michael Bryce (Ryan Reynolds) and Darius Kincaid (Samuel L. Jackson) and a whole lot of feeling like we have seen this before.

Bryce, who was a triple A rating as a bodyguard no longer has that label after Kincaid killed one of his clients, and he is not taking it well. In fact he is seeing a therapist to help him get past it and is given orders to take a vacation and to swear off guns for the time being. While he is looking for relaxation something else finds him and it comes in the way of Sonia Kincaid (Salma Hayek), who needs Bryce’s help to rescue Darius from certain death. This is where things get difficult as Bryce is not using guns at the moment, but that doesn’t matter, Sonia has enough anger and firepower for them both. This though goes deeper than just Darius’s life being in danger as it seems there is a plan that could knock Europe off the map. So Bryce, Darius, and Sonia are given a choice by the authorities to help them out, as they might be the only ones who can save the day. Written by Tom 0’ Conner, Brandon Murphy, and Phillip Murphy The Hitman’s Wife’s Bodyguard plays a lot like a story that is attempting to catch lighting in a bottle again. It’s like they picked what worked with the first one and just said more of that instead of trying to deliver something interesting. It’s a clear case of sequel-itis. Returning with O’ Conner, who wrote the first film is director Patrick Hughes who fills the screen with paint by numbers action scenes as he must of skipped out on the school of action, which is you always go bigger the second time around. Once you get past the ‘nothing new to see here’ phase you are reminded that Jackson and Reynolds are a fun pair to watch, but that can only take you so far, even with help from Hayek.

Once we get the bad guy, played by Antonio Banderas doing his best Liberace impersonation, pretty much everything becomes predictable where not even an appearance by the great Morgan Freeman can save the day. Sure there is action and things that go boom, but they really seem to miss the magic that worked with the first film. I came in wanting to have a good time, but found myself looking at my watch too often. Most things felt forced and for the first time in a while I found myself not enjoying the wise-ass humor of Reynolds. I could go on with the things that didn’t work for me, but instead will leave you with the still does work. The Reynolds/ Jackson combo still has something there, and I’d love to see them in another buddy-type roles. While The Hitman’s Wife’s Bodyguard ultimately isn’t a complete waste, it is ultimately not worth protecting and you are just better off watching the original which had no trouble finding the bullseye.