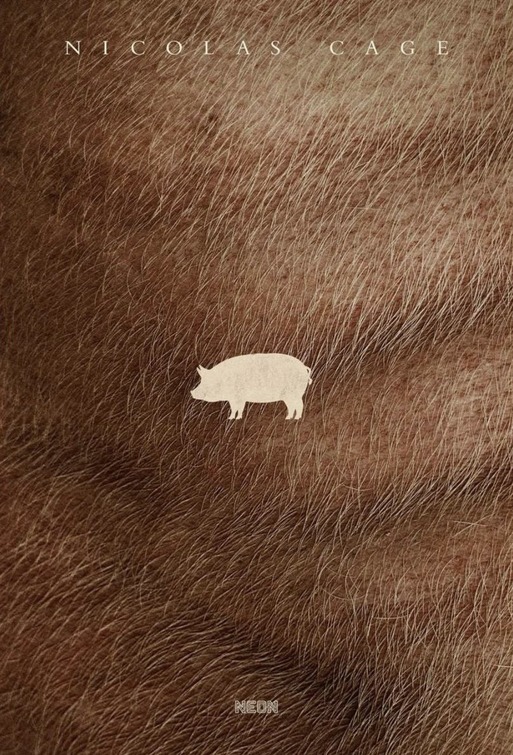 When you hear that Nicolas Cage and Neon are doing a film together, little else matters other than the fact it just exists. Neon who is one of the industry’s premiere distributors of independent films seems like the perfect match for Cage, who makes films at a pretty quick pace. At first glance Pig might seem like a revenge thriller about a man who is looking for his stolen pig in the vein of John Wick or Nobody. But what you get is a movie brimming with humanity and one of Cage’s best performances of his career.

Cage plays Rob, a man who lives in the woods outside Portland with his pig, with whom he finds truffles with. Rob is a man of little words or contact with the outside world, except a man named Amir (Alex Wolf) who shows up every Thursday to pick up said truffles, in which the only words uttered are “see you next Thursday.” That quiet life is interrupted one evening when two individuals come and knock Rob out and take his pig away. Once he wakes he has one thought on his mind, to find his pig, and he walks to town where he calls Amir to come get him so that he can start his search. The first thing you should do when you see Pig, is to leave your genre expectations at the door, as it is going to be nothing what you expect. Written by Vanessa Block and Michael Sarnoski, the later also directing, Pig at its heart is a character study about a man that seems broken with a little release valve for his emotions. We don’t know much more about Rob, other than he has a strong loyalty to his pig, but like an onion, as the movie progresses layers are exposed, bringing a clearer picture to just who Rob is. Slowly he navigates what seems like a secret world, one in which includes a fight club for restaurant employees.

What you have to respect about Pig is the incredible restraint the film has on telling us more about what is going on. We never really get to know Rob, other than that he has lost someone that meant a lot to him that made him disappear. There is even a deep dive into the relationship between Amir and his father. Pig is a film of few words and while Cage usually comes in at a twelve on the volume scale, here he stays at a level that reminds you just what this man can do. Cage is incredible as he delivers a tasty performance that could be a study for loss, anger, and forgiveness. Sarnoski for his part constructs a story that is as straightforward as possible that never gets too high or low and somehow finds the perfect even keel to exist on. Pig delivers on many fronts and while it might not completely appease your curiosity, it will leave you very satisfied and that’ll do just fine.