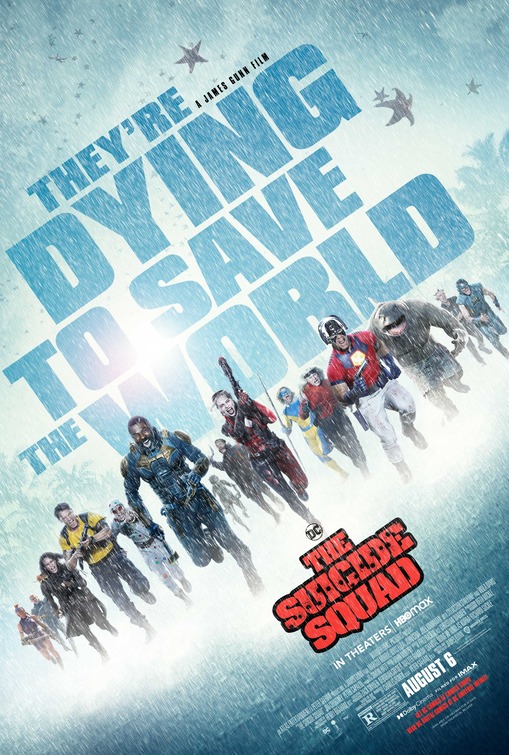 When Warner Bros. and DC decided to compete with Marvel on the feature film front after decades of competition on the comic page, I was optimistic considering the staying power their characters had. With legends like Superman, Batman, and Wonder Woman along with their rouges gallery and again those decades of stories to mine from how could they miss? In short, they did. But I truly feel with 2018’s Aquaman they turned a corner creatively. Instead of trying to build a whole connected universe, they decided to take every movie and keep them mostly self-contained. Also unlike Marvel they have pushed the envelope by treading into rated R territory a year later with Todd Phillips Joker. Since then they have been faring much better as far as quality and entertainment despite a misstep with WW84 .

And just like the writers and artists in the comic book world who would jump across the aisle to tackle different characters, the same is happening with the films. Writer/Director James Gunn who helped bring us the Guardians of the Galaxy films steps up to try and course correct the financially successful but poorly received by fans Suicide Squad from 2016. Starting with the opposite of the Facebook origin by adding the “The” we get The Suicide Squad.

It isn’t hard to see why Warner Bros. would approach Gunn for this seeing the similarities of a group of lovable criminals forced together to complete a mission and end up doing something good, something bad, you know, a bit of both. Several of the Squad  returns here with a new mission given by Amanda Waller (Viola Davis) who puts together a team of convicts with metahuman skills to compete secret ops for the government  in order to get time off their sentences. Bloodsport (Idris Elba) is the latest to reluctantly take the offer to lead a team into the nation of Corto Maltese (Vicki Vale took war photos there in Batman ’89!) where there has been an overthrow of the government. Now considered a U.S. threat, Bloodsport and his team consisting of Col. Rick Flagg (Joel Kinnaman), Polka-Dot Man (David Dastmalchain), Peacemacker (John Cena), Ratcatcher 2 (Daniela Melchior), T.D.K. (Nathan Fillion) Captain Boomer-you know what? There are like 20 characters here I can’t list them all, just know that Harley Quinn (Margot Robbie) also returns to inflict mayhem.

Now I was pretty sure that considering his pre-Marvel work that Gunn was going to make this a rated R version of Guardians. And I was kinda right, there is even a version of a joke I recognized that was originally spoken on Star Lord’s ship. Even with my expectations, Gunn did not disappoint as this is a hard-core-violent-no-holds-barred-extravaganza of death and destruction. It’s also funny as hell. The chemistry between the mostly serious Elba and absurdly serious Cena works so well as they compete on body-count and posturing. Kinnaman is much better this go round as he’s allowed to loosen up a bit, and Robbie as Harley Quinn will be known after this as: legendary. There are moments where the film takes a detour to go clubbing or sidestepping into a twisted rom-com and some it works and some of it doesn’t. However the entire ride leading up to the “I-see-you-coming” big battle at the end is tremendously fun and insane plus it still manages some really great pay-offs.

Living up to the name this time, The Suicide Squad is again exactly what Warner Bros. should be shooting for. A story that focuses on its characters and not the whole DC universe. It looks like they realize that you can have a film that mentions Superman and still have once person tell another to eat a bag of dicks and it’ll be fine. The movie is rated R so it’s not for kids, they got Aquaman and Shazam! to fill that role, there is room in the pool for everyone. So while this has a limited audience, films like this will be the only way they will start to stand shoulder to shoulder to the MCU. Not by mimicking them, but by giving us something different every time out and making us want more of it.