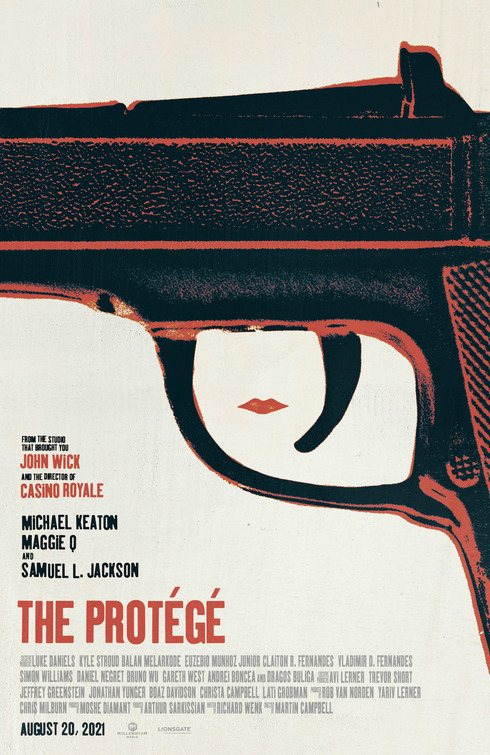 Working as a contract killer has got to be a tough gig. I mean sure the money can be good, but the benefits and retirement options have to be a big drawback. For Anna (Maggie Q) she didn’t dream of becoming a top notch assassin growing up, but sometimes our profession chooses us and not the other way around. For Anna that choice was made when her family was killed and she killed the ones responsible for it. She is then found by Moody (Samuel L. Jackson), a top notch assassin who takes her in and trains her to be the best.

We fast forward some years later and Anna is now a grown woman and we are about to see what that training has gotten her. Now she and Moody are working together and they are the people you don’t want to see knocking at your door. It doesn’t take long for writer Richard Wenk (The Equalizer) and director Martin Campbell (Goldeneye) to show you just what kind of movie you are going to get, which is plenty of blood and gore. That though is not enough for us action movie fans and Wen and Campbell deliver some excellent fight scenes to go with all that blood. While as an action movie The Protégé is good, but it is its three leads that take it to another level. You of course can never go wrong with Jackson, who provides his normal level of bad ass-ness,  and also throws in some well-timed comic relief. Most of the action falls on Maggie Q’s shoulders and she does more than carry that weight.

Of course sometimes things are better left undiscovered and when Anna gets a little too close a man named Rembrandt (Michael Keaton) she finds that he is quite intrigued by Anna’s talent. That sets up a collision course, where either Anna is going to get her revenge or Rembrandt is going to be the man who stops her. The Protégé has a lot of things going for it, mainly its principal actors, but that is not all. The stunt work is more than competent and really deliver some excellent action sequences, which is something you would expect from a director who has helmed two Bond films. What I loved best though is Keaton and Maggie Q and the chemistry they have together and of course getting to see Keaton be on top of his acting game is still a thing to behold. Over the last few years there has been a few attempts to make a female version of John Wick , and while The Protégé doesn’t get close to that level, it’s none the less a world I want to see more of.