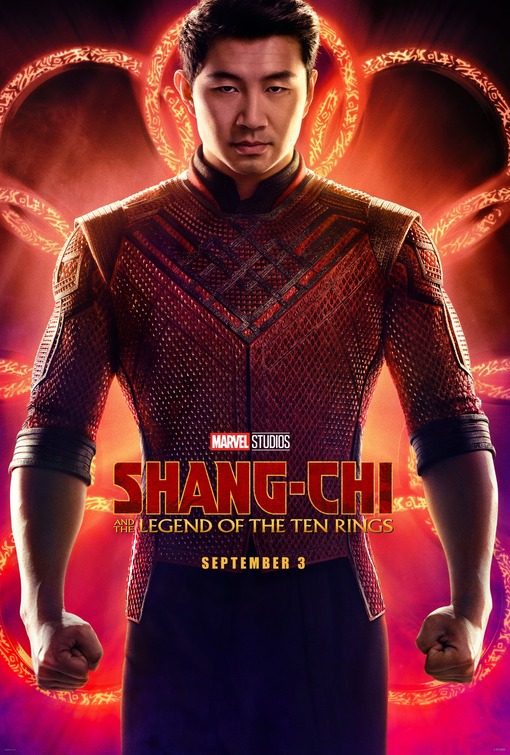 As Marvel pushed into Phase Four of their cinematic universe, we are seeing the “out with the old and in with the new” kicking in. Recent release Black Widow gave us another moment with one of the O.G. Avengers, now we are about to meet some new ones: Shang-Chi and the Legend of the Ten Rings (which wins the award for longest Marvel title) opens with a history lesson where we meet Xu Wenwu (Tony Chiu-Wai Leung), an ageless and powerful warrior who wants nothing more than to conquer everything. With control of the mystical ten rings he builds a giant criminal empire, but he still wants more. For Wenwu that’s Ta Lo, an elusive village that will further his power and knowledge. Something though happens on the way to him gaining access to it and that’s his defeat by Li (Fala Chen) both in battle and in the heart, as they later marry and have a couple of kids.

Years later we find ourself in San Francisco. In a world post-blip and are introduced to Shaun (Simu Liu) and his friend Katy (Awkwafina) as they just seem like two regular kids with not much to do. That changes when a group of men attack Shaun on a bus, and Shaun shows some skills that no one knew he had, as he defeats them all and save the passengers from sure death. After losing an amulet that his mother gave him to one of the guys, his first thought is of his sister Xialing (Meng’er Zhang ), who has the same amulet. Together with Katy, he rushes to protect her from whatever their father, Wenwu, has planned for her. Where Shang-Chi gets so much right is in its casting choices. Lead by the always incredible Tony Leung ( just watch any Kar-Wai Wong film and you will understand) and the emergence of Simu Liu, this cast simply nails it on every front. The structure of the hero’s journey is also reformatted here a bit by writers Dave Callaham, Andrew Lanham, and Destin Daniel Cretton, the later also directing, and will really hook in the viewers from the get go. With its solid story as the base, and tremendous action to play with, the actors take it over the top and you can’t help but feel the lightning in a bottle that is the pairing of Liu and Awkwafina. It is along this journey that Shang-Chi/Shaun must become the person he is meant to be, as he and his sister, with the help of their aunt Ying Nan (Michelle Yeoh), must stop their father from gaining the hidden secrets that are in Ta Lo.

For me Shang-Chi is one of the best Marvel films regardless of its place in the bigger picture. With some great stunts and wonderful martial arts inserts, Shang- Chi is entertaining from start to finish. It delivers with a reverence for traditions in regard to its ancestors, but still ends up being both fresh in exciting. Marvel came into Phase 4 with its best foot forward with this one, as it will keep you on your toes and renew your interest in what lies ahead in the next chapter of the MCU.