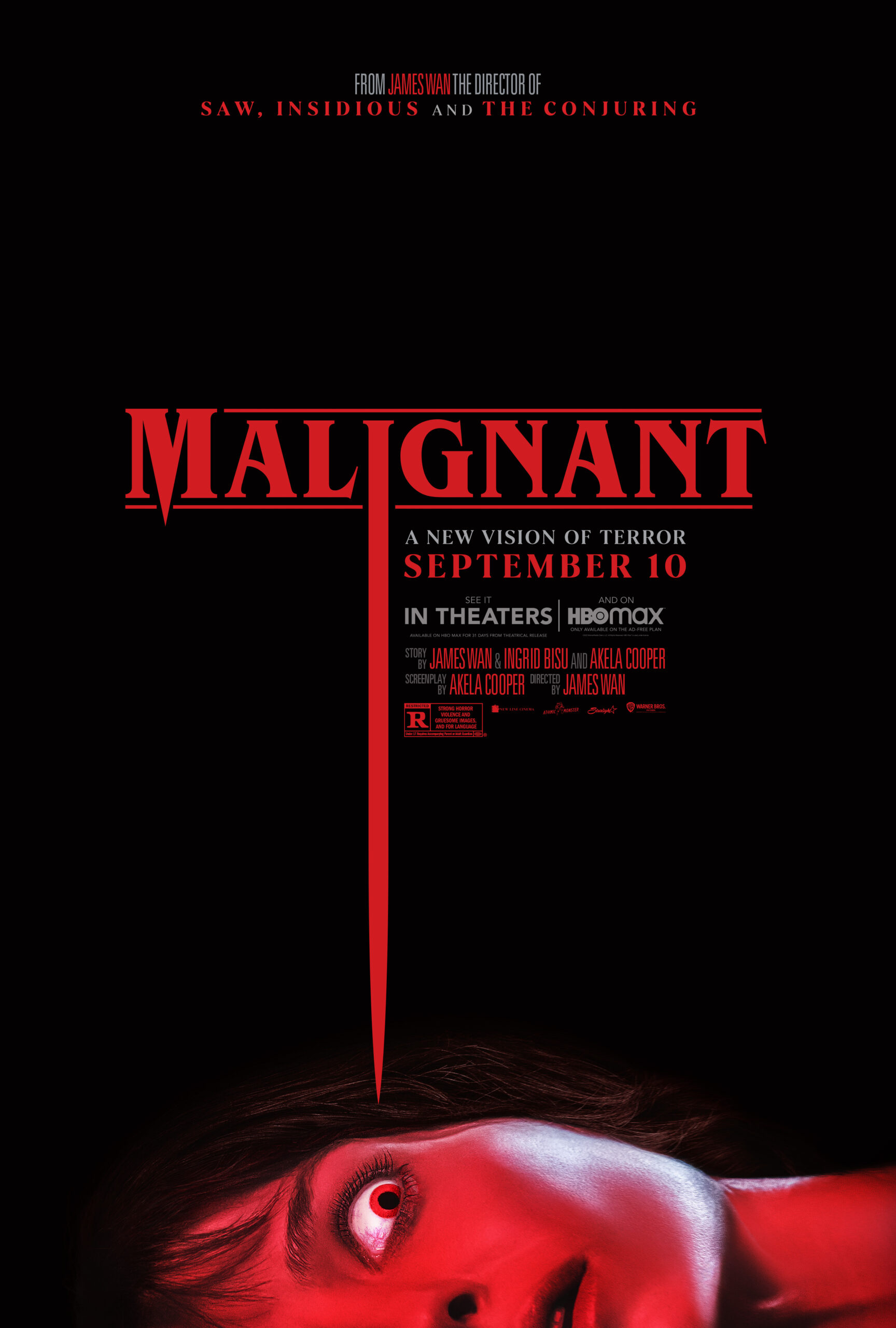 When James Wan is not creating popular horror franchises like The Conjouring, Insidious and Saw, he’s directing popular franchises like DC’s Aquaman and Furious 7. His latest Malignant it is being touted as “A new vision in terror” and while I’ll admit it’s a new movie and everything, the terror feels a bit borrowed and the vision is far from new.

Madison (Annabelle Wallis) is a quiet working girl living in a creepy looking house with a lazy husband (Jake Abel). When tragedy strikes, she is thrusted back into her sister Sydney’s (Maddie Hasson) life. As they try to put the pieces of their life back together Madison begins to have strange visions of the same something that attacked her that is now murdering people who are strangers to her. On the case are detectives Shaw (George Young) and Moss (Michole Briana White) as they uncover links between Madison and the victims the twists and turns kick into high gear as the killer and Madison head for a collision course.

By this point, going on twenty years now, James Wan can make a horror movie in his sleep. He just simply understands what makes them tick, and has crafted some truly terrifying images over the years. He brings it here to Malignant as well, but the script by Akela Cooper is kinda all over the place. It borrows heavily from Stephen King (I won’t say which story as to not spoil the film), as well as a ton of 80’s and 90’s horror. The words “a bygone era” are spoken more than once and it seems that is the tone the filmmakers were going for. The problem comes as it plays more like a mishmash of several classic horror-thrillers. Plus the humor and the horror don’t complement each other well enough here. You don’t know if you should be laughing or rolling your eyes at the scene where a character is pulling up to the typical creepy sanitarium in the day, and is miraculously the dead of night by the time she parks the car, with flashlight in hand.

And I don’t want to spoil too much but there is a mystery that drags through most of the running time, and if you’ve seen a fair share of horror and you’ve seen the title is called Malignant you may find yourself getting to the surprise twist way before any of the main characters do. But I have to say that when we do get to the final reveal with about 20 minutes left in the film, there really is some great stuff I had never seen before and Wan’s direction comes shining through the wonky script with some crazy fun and well staged carnage.

So despite ripping off films that did it better, and in some cases Wan ripping off himself, Malignant lands in the happy middle of films that are cheese in fancy wrapping. In all honesty, I think he nailed it way back in 2007 with Dead Silence which knew exactly what kind of movie it was. Plus ventriloquist dummies are inherently scarier than a creature resembling Cousin Itt from The Addams Family.

Lady of the Manor