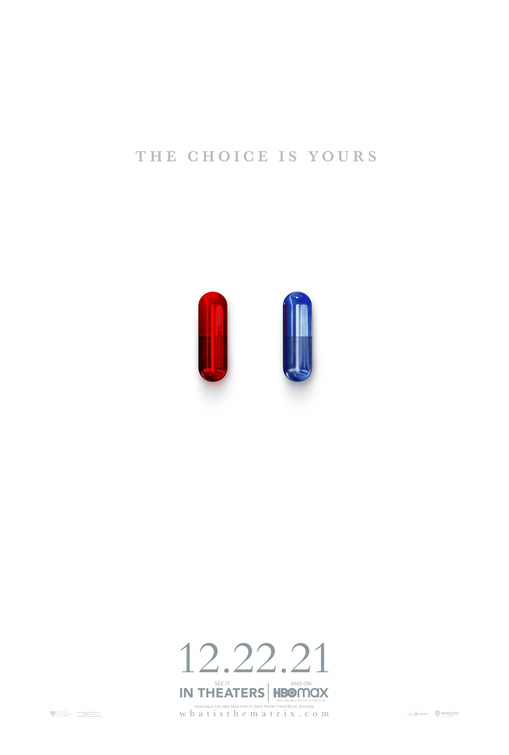 It’s hard to quantify the impact that The Matrix had on the culture back in 1999, but it would be fair to say, that movies and video games would not be where they are now without this landmark film brought to the world by The Wachowskis. And much like it’s flat out said in this new film The Matrix Resurrections Warner Bros. was going to reboot this with or without the original cast and creators. So it’s surely just as bold a move to take a jab at the studio that’s producing your film just as it is to actually come back to this property after 20 years. But Lana Wachowski did just that, and she brought Keanu Reeves and Carrie-Anne Moss as well to help her tell this story.

So in this world, which everyone watching knows has to be a new version of the Matrix, Thomas Anderson (Reeves) is a famous game designer who is responsible for the beloved Matrix trilogy of games. But while prepping for the launch of his latest game Binary he is informed by his boss played by Jonathan Groff that they are rebooting the Matrix games, aimed at a new and younger audience. Triggered by this Thomas goes to see his therapist (Neil Patrick Harris) to talk it out an to get more of his prescribed meds (blue pills of course).

As this is going on we are also following Bugs (Jessica Henwick) who while exploring this new version of the Matrix discovers a conflicted agent (Yahya Abdul-Mateen II) as he is questioning his surroundings, and together they decide to unplug Thomas/Neo from his bondage once again. Realizing that his game was actually real, Neo sets his sights on freeing Trinity who goes by Tiffany, and has a new life with a husband and children.

Soon old friends are reunited, and old enemies are rebooted as it’s a battle for freedom and possibly a battle to save the world…again.

It was always in the cards that this IP was going to come back in some shape or form, whether is was an HBO Max original series, or a feature, it was as Agent Smith would say “inevitable”. But as Resurrections posits, it doesn’t have to be as simple as that. And that seems exactly what writers Lana Wachowski, David Mitchell, and Aleksandar Hemon keep in mind as they take us back to where it all started. What I didn’t like was the constant flashes back to the original trilogy scenes and important moments throughout the film. It’s almost as if the filmmakers didn’t trust us to think about what a character was saying if we didn’t flashback to when Morpheus jumped across skyscrapers or when Neo met this or that character to get the point.

The digs at Millennials and game culture seemed broad and unnecessary, I was glad we didn’t hover there too long. Once the film kicks off proper, it is as engrossing as all the best parts of the first three films. The action is solid, except for the parts that are too confined. Two of the big set pieces occur in a train car and in a cafe, and when we finally make it out in the streets, it’s so dark it was hard to tell what was going on. However there is plenty of action that is in clear and focused and it is fantastic, and the new characters are fresh and entertaining, especially Henwick in particular who, is a star on the rise.

But the smartest thing Wachowski did was focus on the love story of Neo and Trinity. Reeves and Moss still show that they got it. They don’t have to be young, nimble, covered in cool outfits firing two guns at Agents like they were in ’99 to make an impact. And for the heavy exposition/explanation of what’s going on, instead of the Architect sitting in a white room filled with TV’s we get an interesting slo-mo battle of mostly words in a motorcycle garage. Even though bullet-time is mentioned several times, it’s not used like it was and there is nothing particularly groundbreaking as far as the visuals go. Which does seem, also having a bit to do with money, that it’s not the point. The story is what matters, so with the flashbacks and barrage of callback shots all over the film, The Matrix Resurrections like its predecessors demands a re-watch. Partly to take in all the intricacies, the backgrounds, to make sense of the techno-babble, but most of all to see that this is how you do a reboot the right way. By giving us what we want, what we remember, and a reason to keep coming back.