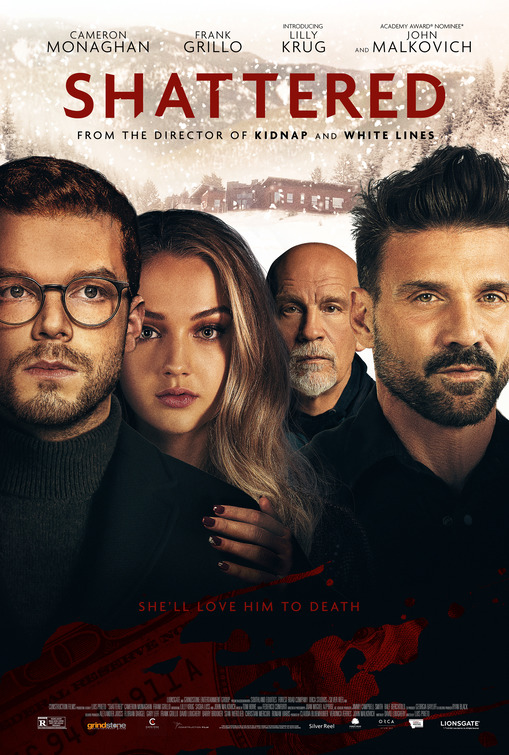 The old adage that something is too good to be true often is the correct feeling to have when you think it is. For example if you are at a grocery store and you meet an attractive woman or guy, where things just seem to fall into place with, yeah that is definitely too good to be true, but you don’t have to take my word for it. That is exactly what happens to Chris (Cameron Monaghan), as a trip for some ice cream turns into the decision he has made in his life so far.

Chris is one of those young smart guys who developed an app and sold it to Google for a lot of money. Now, as he is going through a divorce, he has trust issues and lives in this large house with no one but himself to keep company.  Chris does what anyone sad would do, and that is drive to the store and get some ice cream to soothe the soul. While picking out the perfect flavor he sees Sky (Lilly Krug) , who looks a little lost, so Chris approaches and helps her pick a bottle of wine out. What starts as a chance meeting turns into Chris bringing Sky back to his place, which of course, turns into a night of passion. The next morning Chris wakes up to an empty house, but Chris wants to find this mystery woman and ends up tracking her down at her work. It is on a walk that some truths are exchanged as Chris sees someone breaking into his car, only to have playing hero back fine after receiving a blow that breaks his leg. This is where the screenplay by David Loughery really starts to follow familiar beats and becomes pretty cliché. It’s no secret Sky is bad news and things are probably not going to end very well for Chris. When you see this come true it is not a shock and you kind of wish it was for something a little more exciting than identity theft, but no it really is that simple. Of course there is some blood, as Chris is not just going to hand things over, but will Sky be able to finish her plan to the end?

Having some memorable scenes or some anger and scorn might have done something for Shattered, but that just doesn’t happen and what we are left with is flat predictable film. Loughery has a thing with writing films about crazy women, see Fatale, Obsessed, and others for reference, but crazy doesn’t equal good and Shattered is a little hard to get through with its been there, done that storyline. Every twist and turn is telegraphed and where twists usually make a movie like this, here it lacks any sense of shock ends pretty much how you expect it to. This movie is so not good ,that it makes you wonder about the presence of John Malkovich and if maybe we should start a Go Fund Me for him, because he has to be hurting for money to take on the this role. Unlike him, you should not give Shattered  the time of day, and instead find yourself a nice girl who boils rabbits, because if nothing else, at least she will keep it interesting.