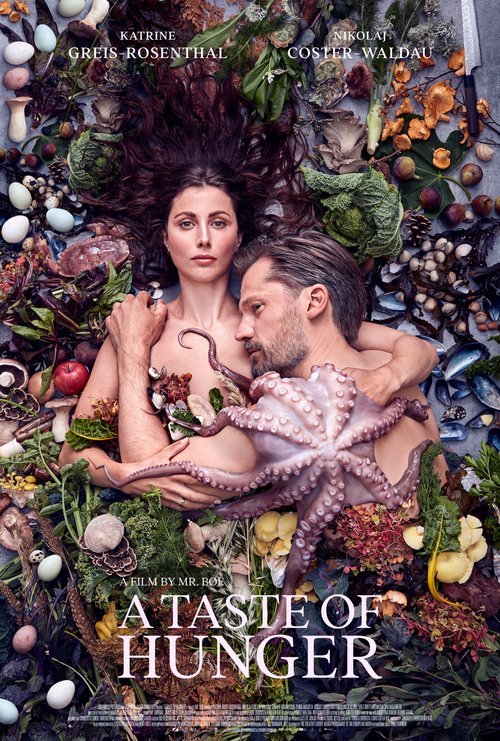 Sometimes it is good to stay away from something you know you really enjoy, in order to not become consumed by it. That is how I feel about cooking shows, because over the years I have really come to appreciate the art of cooking. I really don’t know what I get it from, maybe it could be my love for food, or maybe it is just that I can’t do what I am watching so it fascinates me, either way it makes me happy. I feel like Carsten (Nikolaj Coster-Waldau) doesn’t watch cooking shows, but his reason is he is too busy creating his own food masterpieces. Carsten and his wife Maggi (Katrine Greis-Rothenthal) run a restaurant that has one goal, to get that coveted star from Michelin.

Carsten has always been a cook, but it was at a party where things go wrong that he meets Maggie, who helps him out of a bind and gives him the inspiration for his future. Fast forward ten years later and the two of them have a restaurant and the menu to get them the thing they would do anything to get. While you can feel the stress of their dream, everything else seems fine, but there is a secret that someone has and it is about to come out. After Carsten and Maggie take the night off from the restaurant, they hear that a man is there who could be the judge that will reward them their star. Carsten hurries there in time to make the main course, but discovers there was a problem with their signature dish. Furious and sure the mistake cost them their chance at the star, Carsten fires the cook responsible and starts to accept his failure, but Maggie has a plan.  She texts all of their friends at other restaurants to be on the lookout and heads out to talk the judge into giving them another chance. Written by Tobias Lindholm and Christoffer Boe, the later also directing, A Taste of Hunger attempts to be an ambitious drama and while it might not reach that level, it is still a feast for your eyes.

Told in different chapters and through flashbacks the film put the pieces together for understanding why Maggie and Carsten make certain decisions. While some of those flashbacks are not necessary in pushing the narrative forward, most of them give you the pieces for the puzzle you will need for the end. Beautifully shot by cinematographer Manuel Alberto Claro, who uses colors to capture the characters fears, as well as adding poetic shots of the preparation of the dishes that are made before your eyes. Even though the film looks amazing, the performances by Coster-Waldau and Greis-Rosenthal are both first class and are really the engine that makes the movie go. In the end this is not the perfect dish, but instead something well made, something that has some strong and good flavors, but leaves you thinking the dish is missing some things, even as it satisfies you.