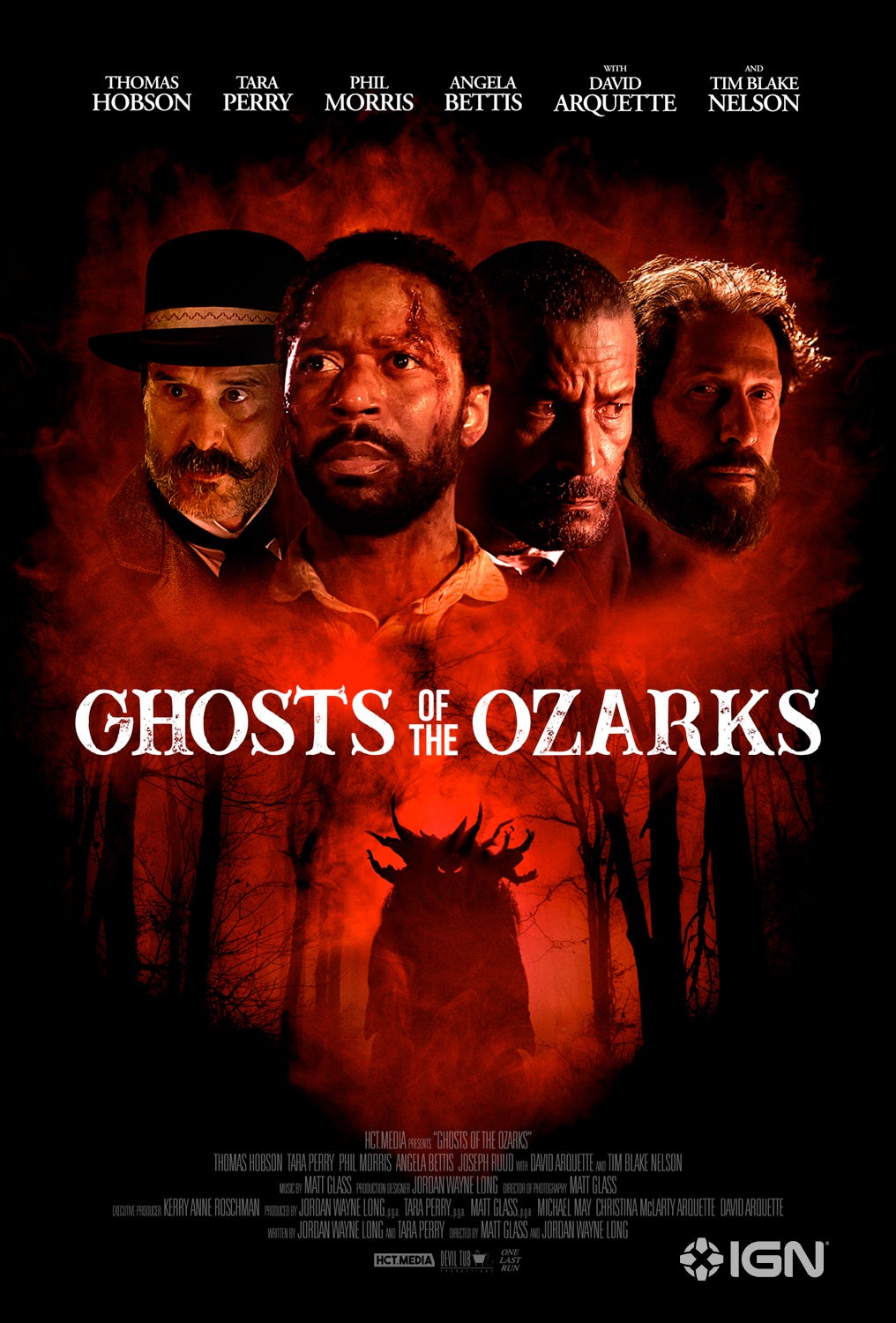 I have seen enough movies to know that in the forest, things go down and most of them are not good. When Ghost of the Ozarks  opens we find James McCune (Thomas Hobson) walking in a forest on his way to take over as a small town doctor soon after the Civil War has ended. While walking he loses his horse and not knowing what to do decides to camp for the night, something he is going to soon regret. Not long after getting comfortable, a stranger comes and appears friendly at first, he soon attacks James, but during the struggle a red fog appears and the attacker is taken into the fog, giving me yet one more reason not to trust the woods.

James soon finds himself at the town wall, that was built to keep out the ghost that haunts that red fog. His uncle Matthew McCune (Phil Morrie) runs the town and is offering an opportunity that is hard to find for a man like James. After getting the low down, James heads to the town’s bar and meets some of the locals, all of whom seem very welcoming. The bar is filled with small town characters, like the blind bartender Torb (Tim Blake Nelson) who can tell what chess piece is sitting on the table with help of his wife’s clicking noise she makes, or the town’s tailor, Douglas (David Arquette), who style seems more New York than small town. Everyone seems to have a job that helps this town run as he meets its hunter in Annie (Tara Perry) and her brother William (Joseph Ruud), who keep the town fed. Annie though does not live in the walls, but outside, choosing not to live in fear of the ghost that haunt the woods. Written by Tara Perry, Jordan Wayne Long, who also co-directs, with Sean Anthony Davis, Ghosts of the Ozarks wants to be a spooky thriller that keeps you on the edge of your seat, but it never quite gets to that point. It does do a good job of having a literal mysterious cloud hang over everything, as you try and figure out what is exactly going on in this town. Where everything seems too  good to not have something darker under it all. Though the red fog is supposed to incite fear, there is nothing really to be scared of, leaving more of a “ what could have been” feeling than the one you are left with.

When the film reveal does come, its not so much a surprise than a “of course it was that”, but this film would have worked much better if it had been what it wasn’t. With its historical backdrop, I couldn’t help but think there was a better story in there to tell, one that could have brought the scares as well as keep you guessing what would happen. I wanted Ghost of the Ozarks to be something good, but for me it is very basic and another movie that never reaches its full potential.