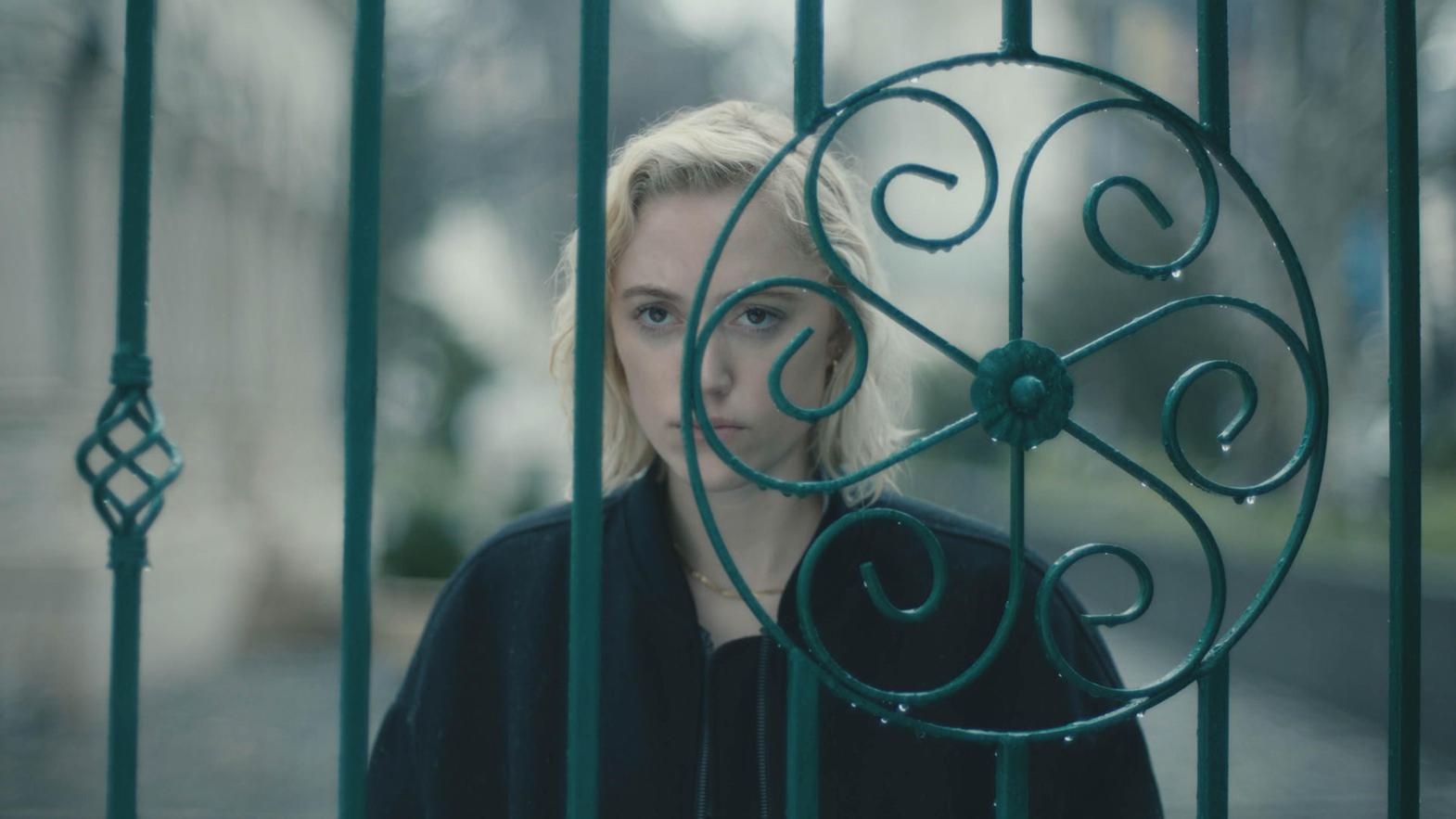 Going to a new place is not always the easiest of things as it’s not uncommon to feel not welcomed there. When you move to a whole new country it possible that these feelings are magnified, because of the language barrier it can leave not to feel lonely. This is what has happens to Julia (Maika Monroe) as her and her husband Francis (Karl Glusman) move to Bucharest for his job. Their apartment is nice and everything seems in a good place, that is until she sees what she thinks is a man staring out a window into her apartment.

At first Julia doesn’t pay any attention, but as she explores the city each day and has little contact with anyone else, she slowly is consumed by her feelings of fear and anguish. One day as she is walking around town she takes in a movie, half way through a man sits behind her, giving her a very uneasy feeling. After leaving the theater she sees the same man at the grocery store and after panicking, rushes to the safety of her apartment. All of this comes as she is also witnessing a crime scene nearby that local authorities claim was the work of a serial killer. Julia becomes more paranoid, but the more she does the less Francis believes something is really going on. Cops get involved as Julia is certain that the man who followed her at the store is the same guy in the window, but when he denies it the police can do nothing further. The only friend she has is a neighbor named Irina (Madalina Anea) who listens to her and offers her the comfort that she needs. When Irina goes missing Julia uses it as an excuse to finally confront her watcher (Burn Gorman), who while has the creepy look down to a tee, denies once again Julia’s suspicions.

Written by Zach Ford and Chloe Okuno, the latter also directing Watcher is concentrated and is very effective in its use of the genre. Its suspense building is powerful all of which is helped by uncomfortable dialogue and silences that linger. Monroe, really shows a full range of emotion in this role and feels grounded in a way that pulls you in. We the audience experience the film though Julia and her performance makes it easy to empathize with her.

Thanks to Okuno’s excellent handling of the tone as well as the engaging cinematography by Benjamin Kirk Nielsen, Watcher comes off suspenseful and at times pretty maddening. The films color pallet only enhances the feelings of uneasiness which is all put together by Monroe who makes it all gold with her performance. Watcher  is one of those thrillers that never tries to be more than it is, but still finds ways to surprise you and might just make you look to see who is behind your seat at the theater.