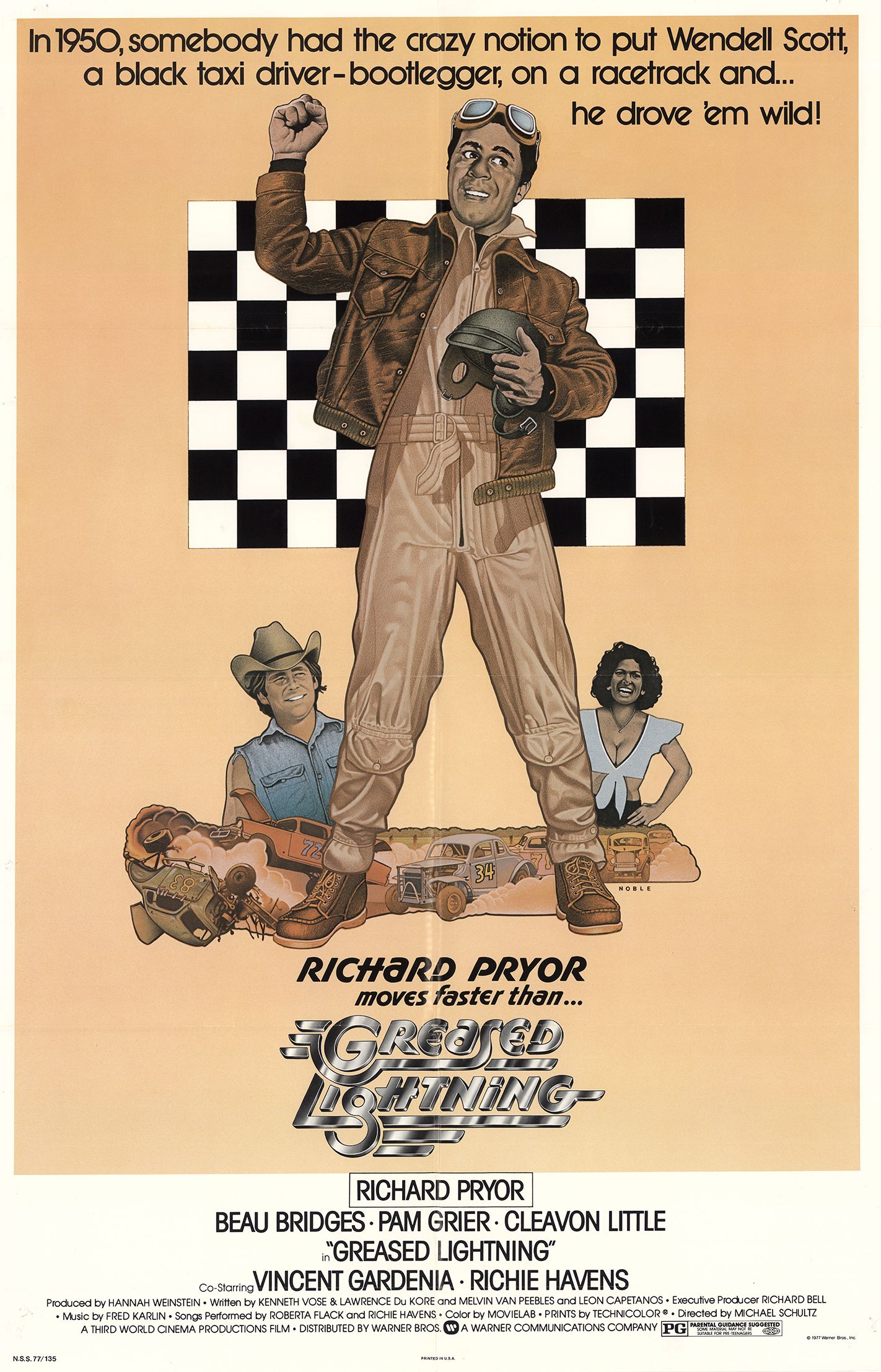 Born in Danville, Virginia, Wendell Scott (Richard Pryor) dealt with racism as a youth, but as he returned to his home after fighting the Nazis, surely he would be seen in a different light. Not so, as he soon discovers when he shakes his dreams of becoming a racer driver to settle on being a cab driver in his hometown. After he meets and falls in love with Mary Jones (Pam Grier) they quickly get married and start a family. But his struggles with being his own boss get the better of him as he gets involved with his friend Peewee’s (Cleavon Little) business. Running moonshine.

Along with the money, Wendell gets a taste of driving fast as he eludes the police at every turn. When he’s finally busted he is given a deal by the local politicians and Sheriff Cotton (Vincent Gardenia) to enter in the local speedway so they can give the white folks a good show of running a black man off the track.

Wendell takes the exploitation of criminals for commerce and turns it around on them as he manages to finish his first race despite being rammed by all the other racers. Soon he becomes a sensation and a hero for the black community.

Greased Lightning gives a fast forward look at the life of Wendell Scott. The key focus is his racing career, little attention is paid to his children or his doting wife played by Grier. Eventually, Little as Peewee is pushed to the background once Beau Bridges as Hutch enters Wendell’s life. Fist as an adversary then as a comrade, til finally a friend. There is a restaurant scene with Pryor and Bridges that you could see turning ugly, slip into the best comedic scene of the film. But as fun as director Michael Schultz has with Scott’s story both on and off the track, he never dwells too long in the humor before he smacks you in the face with the reality of the time. Like a heartbreaking scene where a race is called badly and the even more unforgivable events that followed.

Pryor plays the role with excitement and genuine positivity, no matter the odds, he always strives to let his racing do the talking for him. You never get the impression that he’s trying to make history, just trying have an opportunity to prove himself just like everyone else on the track. Some of the stunt driving pales in comparison to the stunts in Smokey and the Bandit released a couple months earlier. But there is an undeniable heart and humor to the film brought by Schultz and Pryor. Even as is hits the pedal hard zooming towards the finish line of Wendell’s life and career, they never let you forget that racism is always right outside the car door.

Released in July of ’77, two months after Star Wars, Greased Lightning was swallowed whole by the George Lucas juggernaut. It did little to stop the rise of Pryor in the coming decade, and Schultz still goes on to give Denzel Washington his big break in Carbon Copy, and also directs what would become my favorite film of his: 1985’s Berry Gordy’s The Last Dragon. As of this writing, at the glorious age of 83, Schultz is still out there directing TV, most recently, All Amercia: Homecoming, Manifest, and Black Lightning.