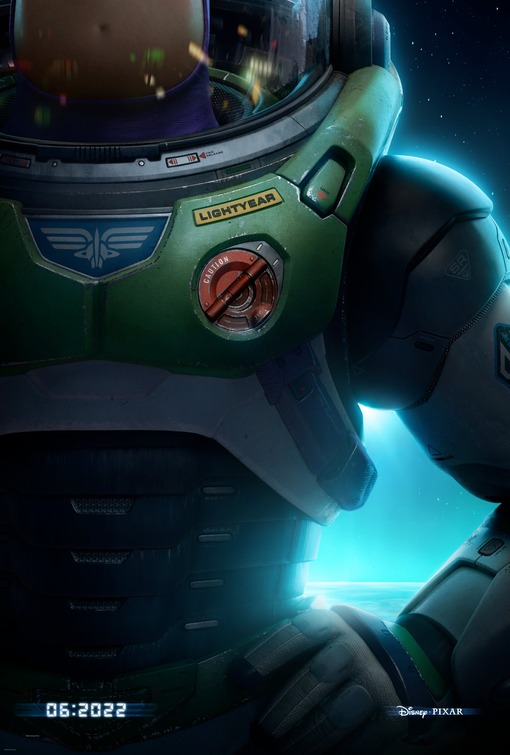 In 1995 while in a meeting with all of Andy’s other toys, Woody was introduced to a space man that would forever change his existence. Although you can say things got off to a rocky start, they soon find a friend in each other and the rest of those stories we all know. But where exactly did Andy’s love for this spaceman named Buzz come from? Well now some almost thirty years later we find out, as we get Lightyear, the in-Toy Story-universe movie that made Andy worship the great Buzz Lightyear.

Somewhere in space, but not quite beyond infinity, Buzz (Chris Evans) and his crew come upon a planet that they must check out. Everyone is asleep, but Alisha Hawthorne (Uzo Aduba), who like Buzz is a Space Ranger. Together after they land they start to explore the planet, but this planet doesn’t want them there and creatures start to attack them. They race back to their ship but during their escape an accident happens that traps them on the planet’s surface. Some would give up, but not a Space Ranger and definitely not Buzz. So after years of being stranded, they come up with a plan and it is up to Buzz to test it out to see if it works. Sadly it doesn’t but its failure is not the only problem, seems every time  Buzz goes up there for a few minutes, four years pass on the planet surface. Eventually, he reaches a point where he is grounded, as a whole compound has been built and the people Buzz came with originally have been replaced with their grandchildren. Now Buzz must find a way to complete his mission, by doing whatever it takes.

Written by Jason Headley and Angus MacLane, the latter also directing, Lightyear feels like a love letter to old school sci-fi as you can see a bit of Star Trek and some Lost in Space in the narrative. That’s the DNA that makes the film what it is, but while it was inspired by those classics, it is its own film. When  it comes to sci-fi stories, this one is pretty simplistic, but what really makes Lightyear blast off is the great cast. Something Pixar has always excelled at. Evans had the steep uphill climb that is Tim Allen, but he finds a way to make Buzz his own, while still honoring Allen’s turn as the character. It’s the rest of the cast that includes Keke Palmer, Taika Watitti, Dale Soules, and Peter Sohn who really help shape the movie. Sohn in particular steals the movie as SOX the cat, and might make you wonder why Andy didn’t choose him instead of Buzz to be his new favorite toy. There is plenty of funny to be had, but its Aduba and Palmer’s characters that balance out the fun and give the movie its heart.

I had pretty high expectations for this one, I mean it is the story of Buzz Lightyear, so how could I not. I am happy to report that those expectations were met as what we get is a clever prequel idea. This movie looks and sounds great as it doesn’t waste any time making you glad you came on this adventure. I too was a boy of Andy’s age when I saw Star Wars and wanted a Luke Skywalker figure. I assume today he may be an accountant or something like that in his current life, but it’s easy to see why he too loved Lightyear and idolized this legendary Space Ranger.