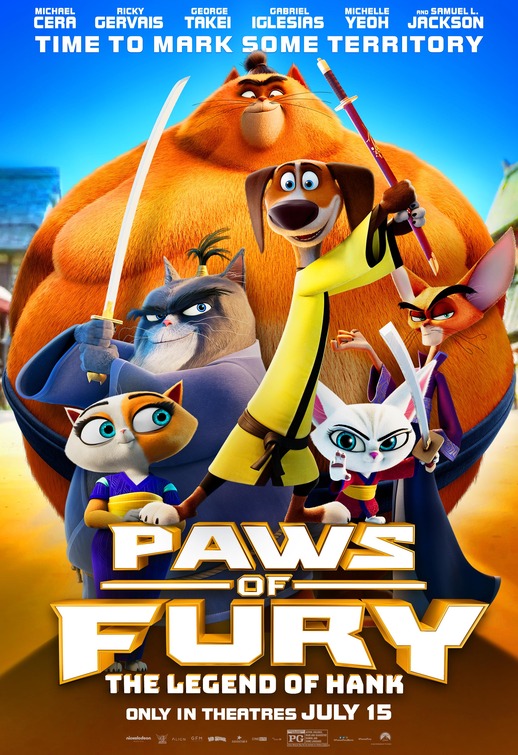 Someone once said that dogs and cats living together would lead to mass hysteria, so having a land where cats have their own place makes a lot of sense. In this place dogs are a bad thing and they are not welcome, but desperate times call for desperate measures and one village is going to have to give a dog his day.

This small village sits on the edge of a massive palace being built to honor The Shogun ( Mel Brooks) by Ika Chu ( Ricky Gervais).  The Village is quite and keeps to itself, but expansion is needed and it is in the way of Ika’s plans so he has decided it must go. The town though is protected by a samurai, so Ika sends some ninjas to scare the village folks off so that he can clear it out of his way. While the plan scares off the samurai, the village people stay put and as he has to come up with another plan, in this one he sends a dog named Hank ( Michael Cera) that he has as prisoner and installs him as the town’s new samurai. So Hank is sent with his official samurai coffee cup to let everyone know he is the real deal, but doggone-it, the cats are not really happy to see him. Mostly they want nothing to do with him, as there is no way a dog can be a samurai, there is a group of kids who believe in him. Of course Hank believes he is a samurai on the inside, but he is no more one than I am. Just when hope is lost he meets Jimbo ( Samuel L. Jackson ), who lives in the old samurai’s office and spends all day drinking cat nip. Hank, after some observations discovers that Jimbo was a once great samurai and he convinces him to train him in those ways. After a few training montages Hank has learned to use the skills he has, let’s just hope for the village’s sake it is enough to save them all.

Written by a Nate Hooper and Ed Stone as well as the entire original writing team behind Blazing Saddles, including Brooks and Richard Pryor, Paws of Fury ends up delivering a safe for work version of that movie. The type of humor is very much in line with Brooks and like Saddles, here in this version it finds ways to work in plenty of fourth-wall -shattering shtick. Often the animation does feel assembly line quality, but there are some flashes of beauty and it shows us not everything has to have a showroom shine to it.

Paws of Fury  is a film that has gone through a rough time for a little bit as it was originally scheduled to come out a few years ago. Sure there are some things that feel tired, like a female character’s ideas being dismissed because she is a young girl. Adults will like some of the humor and for the little ones oblivious to the movie’s original inspiration will find the commendable morals and character’s arcs landing just fine. This is a perfectly pleasant way to spend a little over an hour and a half with the kids and while it won’t be winning any awards anytime soon, it proves at least that mass hysteria doesn’t have to happen when dogs and cats live together. 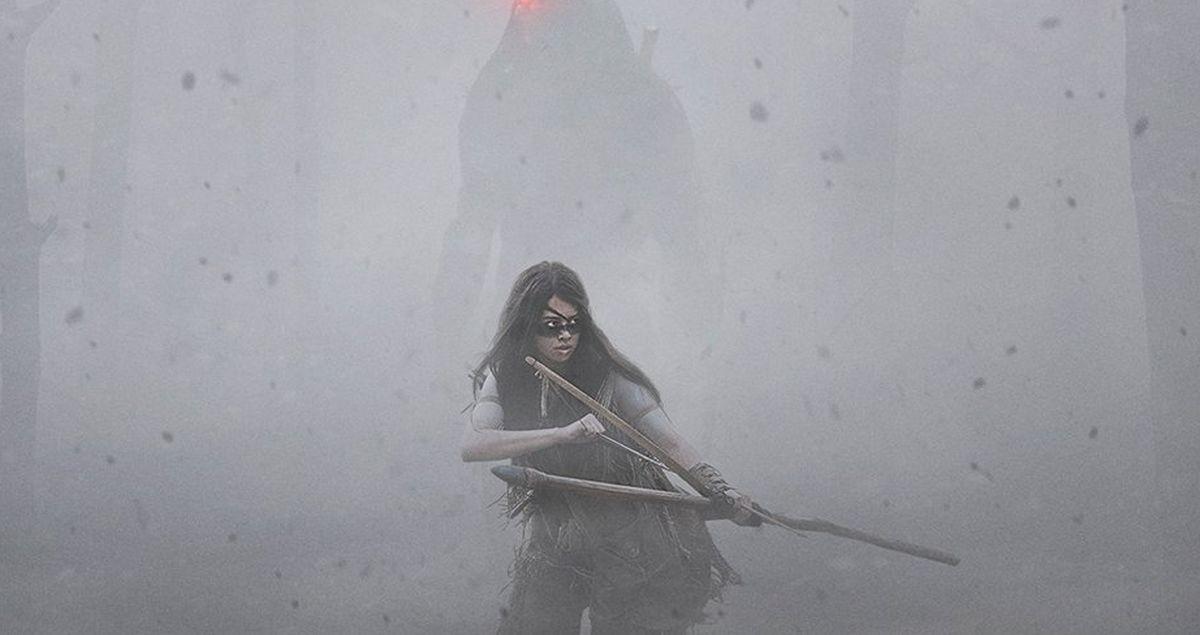 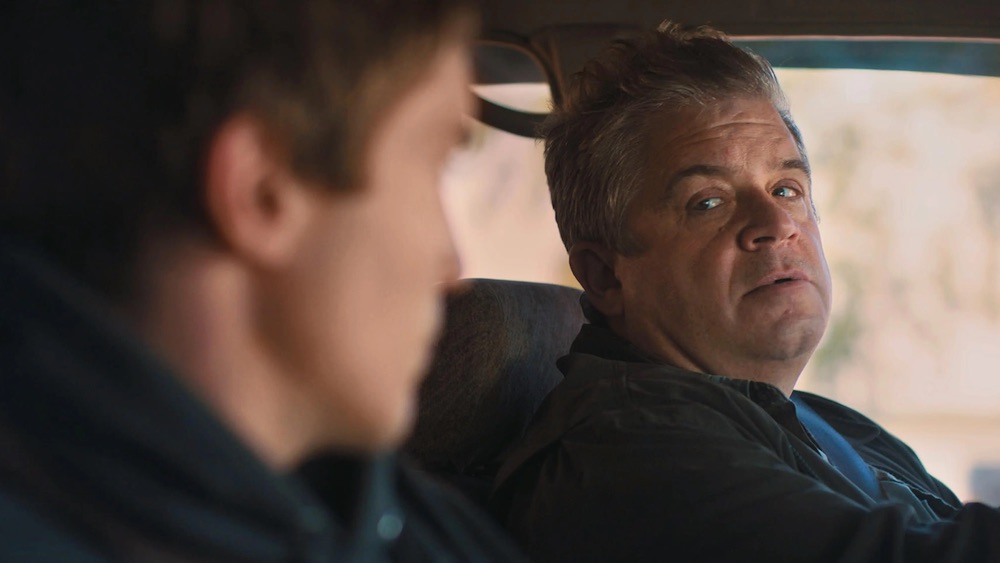 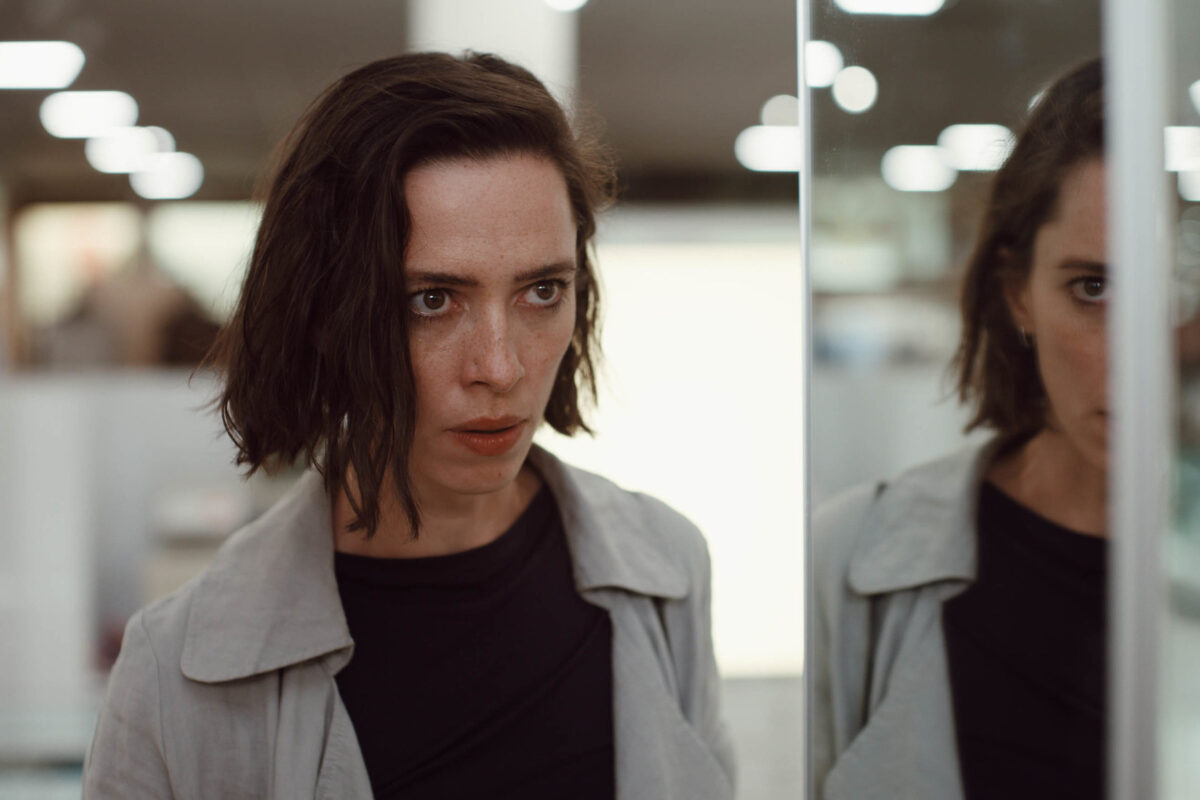