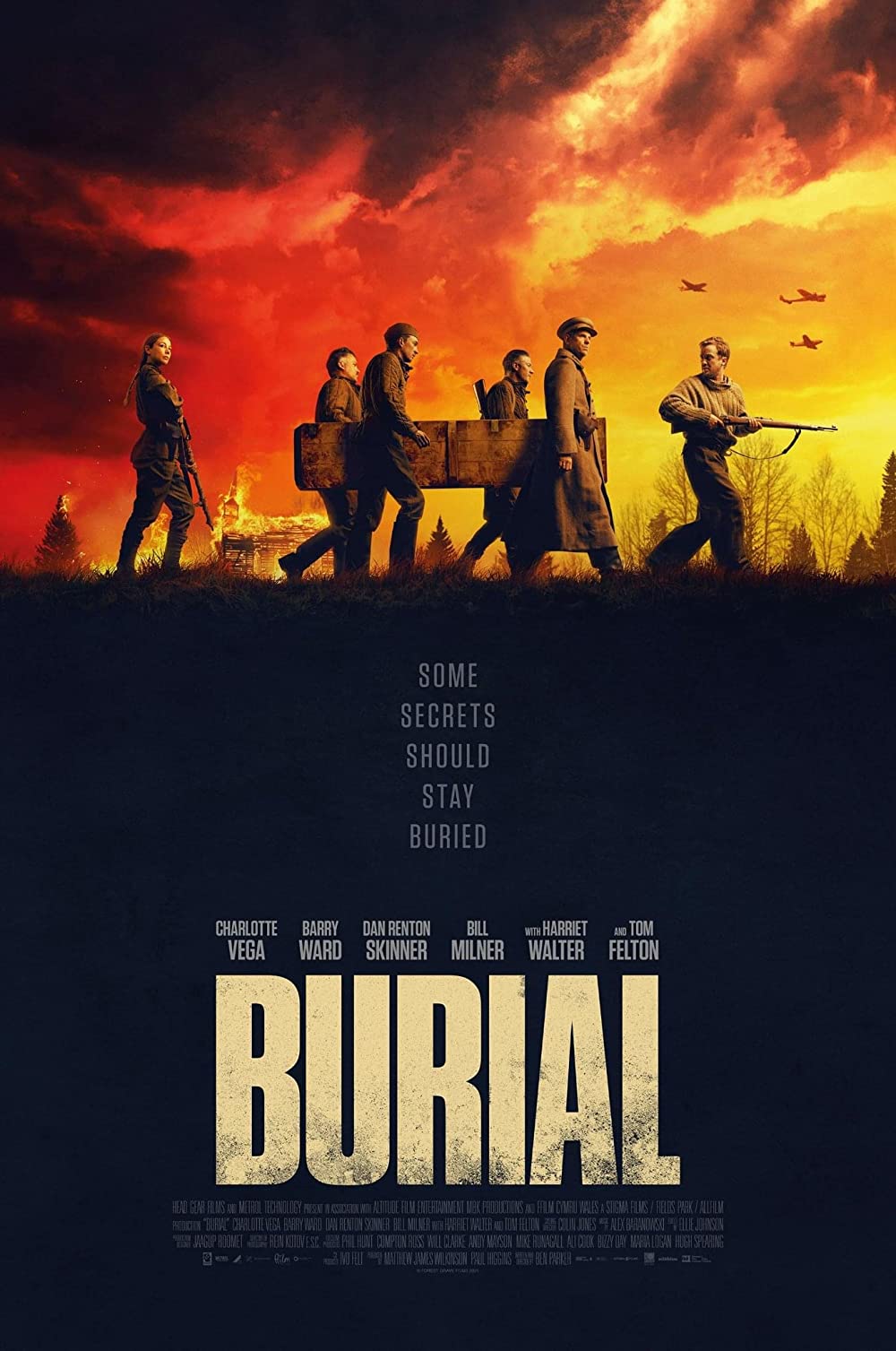 On a cold evening in the 1990’s a woman named Anna Marshall (Harriet Walter) sits alone in her house with her dog. After her dog comes back in a little stunned, she takes him upstairs unbeknownst to her a man has entered her house. He quietly creeps up the stairs, but Anna is waiting for him with a stun gun, ready to incapacitate him. After handcuffing him to something she lectures him before calling the police. It is right before they answer that he says why he is there and Anna instantly puts the receiver down, as things just took a turn.

Anna drugs the guy with some sort of powder and begins to tell a story, about her and some comrades in 1945 and the mission they were given. Anna, who at the time was known as Brana Vasilyeva (Charlotte Vega) has been given strict orders that she is to take a box from Berlin to somewhere else, where it will later be delivered to Stalin. Her instructions are clear, she is not to leave the box and each night she is to have it buried, only to be unearthed each morning as they continue their journey. Things though never go as planned and after a sniper takes out one of her group, things start to go south. It is then when the next guy in charge decides to leave and split up the group, which will only jeopardize their mission. While half of the group is gone, the other half is attacked by unknown assailants. Luckily Brana returns in time with everyone else and they are able to get the cargo to a secure place with the help of a local named Lukasz (Tom Felton).  They retreat to a farm house, but the attackers find them, as they are revealed to be a group that is after Brana’s special package. It is there that we learn what is in the box, it is Hitler’s body as it is to be delivered to Stalin as proof of death. Brana is committed to her mission, as she is about to show this group just how committed she is.

Written and Directed by Ben Parker, Burial  on paper sounds like a very intriguing thriller about a particular moment in history. While it is not-quite-horror, despite its theme and mood, it still is a good looking period thriller that delivers in atmospherics and action.

Burial  is not without its flaws, but with its unique story and strong performances it is able to dig itself out of a lot of the holes it steps into. One such being this British production does get muddied a bit since all of the characters kind of look the same (as well as sound very similar), which can make it difficult to figure out who is on whose side.  Although Parker treats the story serious, it never really elevates itself past the action genre. It is despite those flaws that Burial  works as a well-crafted historical thriller. I enjoyed this what-if story about the end days of World War II and what could have happened to Hitler’s body. I did wish it pushed a little harder, maybe not as hard as Tarantino did, but I ultimately enjoyed this fictional version too.