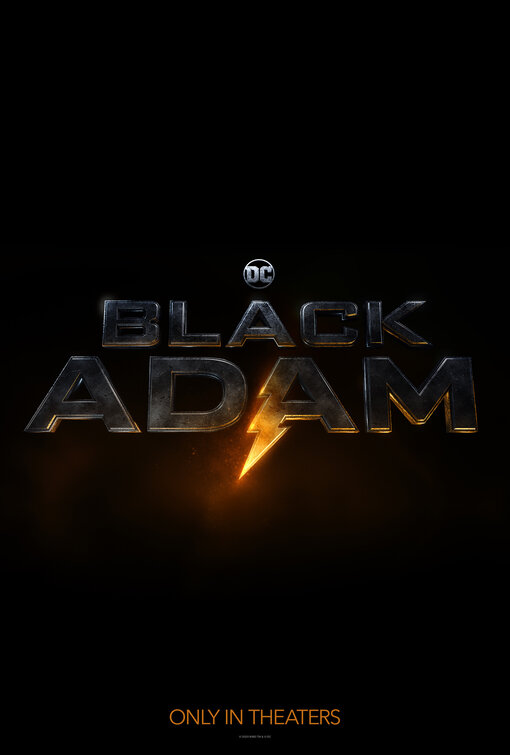 With its cinematic universe, Marvel has been able to draw a straight line with each movie it releases. Meanwhile DC’s cinematic feels like a pretzel maker was used in its creation, but when you have Superman, Batman, and Wonder Woman you are given a lot of room for mistakes. Now with Aquaman 2 not swimming to shore until next Christmas and The Flash stuck in a speed trap, DC found itself stuck between a rock and a hard place. So they decided to add a capitol “R” to that rock. Now with a flash of lighting you let the world’s biggest movie star make his dream project and hope it is strong enough to breathe new life in DC’s cinematic landscape.

Some 5000 years ago a wickedly evil king enslaved his people in order force them to find a mineral that would give him ultimate power. While everyone feared him, there was a kid who believed they should stand up to him and when he does he is about to pay the price. Then he is given a gift. That kid becomes a God and he fights for the people, but with his dad is on his death bed, he trades it and gives it to him, costing him his own life. His dad, Teth Adam (Dwayne Johnson) soon makes that king and all his men not exist anymore. Fast forward to today and people are still looking for that crown, Adrianna (Sarah Shahi) seems to know where it’s located. When things don’t go as planned, she summons Teth Adam, who makes quick work of a mercenary army, this saving Adrianna’s life. That favor is returned and Teth Adam is given a place to rest at her place, where after waking up, Adrianna’s son gives him a quick lesson in hero 101, including suggesting a catch phrase. Adam though is not a good guy, and the real good guys don’t want him around. So a team of “B” super heroes come to stop him and just how you imagined, things don’t go well.

Written by Adam Sztykiel, Rory Haines, and Sohrab Noshirvani, Black Adam  doesn’t have much of a story, but that is not what you came for anyway. What you can say about the story is it’s not spit-curls and capes, instead it’s a dark spin on someone learning to be his own kind of hero. Not being afraid to break a few eggs to make an omelet, Teth does things his own way. Although Johnson’s personality is usually larger than any screen he is on, for Black Adam it is played down and grim, because Black Adam is not a nice guy. It also tries its hand at humor, with some of it working with its Terminator 2  vibes of a kid teaching someone to be good.

Black Adam will for sure work with the fans of Superhero movies, as there is lots of cool fights and superhero troupes. In fact this might be the most Marvel feeling film that DC has made, which you could say is a movie in the right direction. Although there is lots of destruction, there is not much at stake in this movie, I mean the big guns couldn’t even be bothered to show up. Ultimately Black Adam is neither bad nor great, but does provide enough entertainment that when you see the credit scene, you are likely to be onboard for the next chapter.