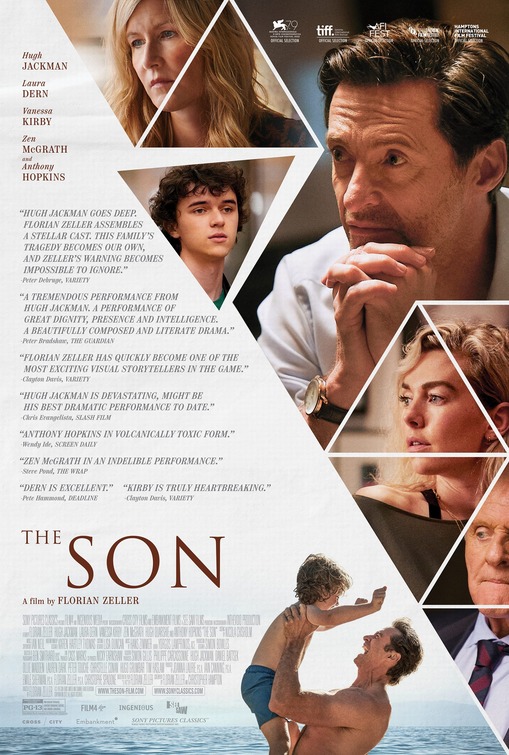 With 2020’s The Father, Florian Zeller was able to put you in the middle of watching a man living with dementia and what that brings to a family. With that story and the fantastic performance by Sir Anthony Hopkins, by the time  the credits rolled, you felt like you had just lived a different life. Zeller is back again, this time targeting depression, and while the subject is just as important, this one doesn’t have the same gut punch as The Father. Even without having the same effect, The Son is still a good watch, and much like The Father it has a chance to help someone that might need it.

Nicholas ( Zen McGarth) is not doing too well and his mother Kate (Laura Dern) is starting to get concerned. She has reached the point where she contacts his father Peter (Hugh Jackman) for help, as it seems Nicholas wants to come live with him and his new family. It has come to light that Nicholas has been skipping school and wandering around the city all day and Kate can’t figure out what is wrong. Peter agrees to take him in and while things get off to a difficult start, Nicholas seems to be adjusting to his new life with Peter, his wife Beth (Vanessa Kirby) and his new little brother. That though seems to be a façade, as Peter finds out that Nicholas has been telling him what he wants to hear.  What Peter sees is him being a good dad, who is there for his son but he doesn’t see what is really going on with Nicholas. Although Beth tries to tell Peter that there is something wrong with Nicholas, he doesn’t believe it and instead accepts reason that Nicholas gives him for his moods, because it is easier to accept than the truth.

The Son will hit some pretty hard, as much like The Father the story will resonate with some more than others. The big difference though between the two films, is while with The Father you never knew where the story was taking you, with The Son it is clear as day what the outcome will be. Zeller does weave a good story and delivers a message that is essential about the impact that parents’ actions , or lack thereof, have on their children. Surprisingly  that message doesn’t get lost in the, what feels like a drawn out run time, which plays heavy into tropes of familial dramas.

Although The Son is a step back for Zeller, it does still have some things working for it. First and foremost is the performance by Jackman, which definitely ranks up there as one of the best performances of  his career. The cast around him is also good and we even get ten minutes of Anthony Hopkins showing you why he is one of the best actors of the last fifty years. Following up The Father was going to be a hard task to accomplish and while The Son is a fine film, it lacks the psychological depth of its predecessor. Ultimately despite Jackman’s strong performance and a subject that resonates on a human level  a movie is only as good as its execution, and in this case doesn’t reach the level is desires to get to. 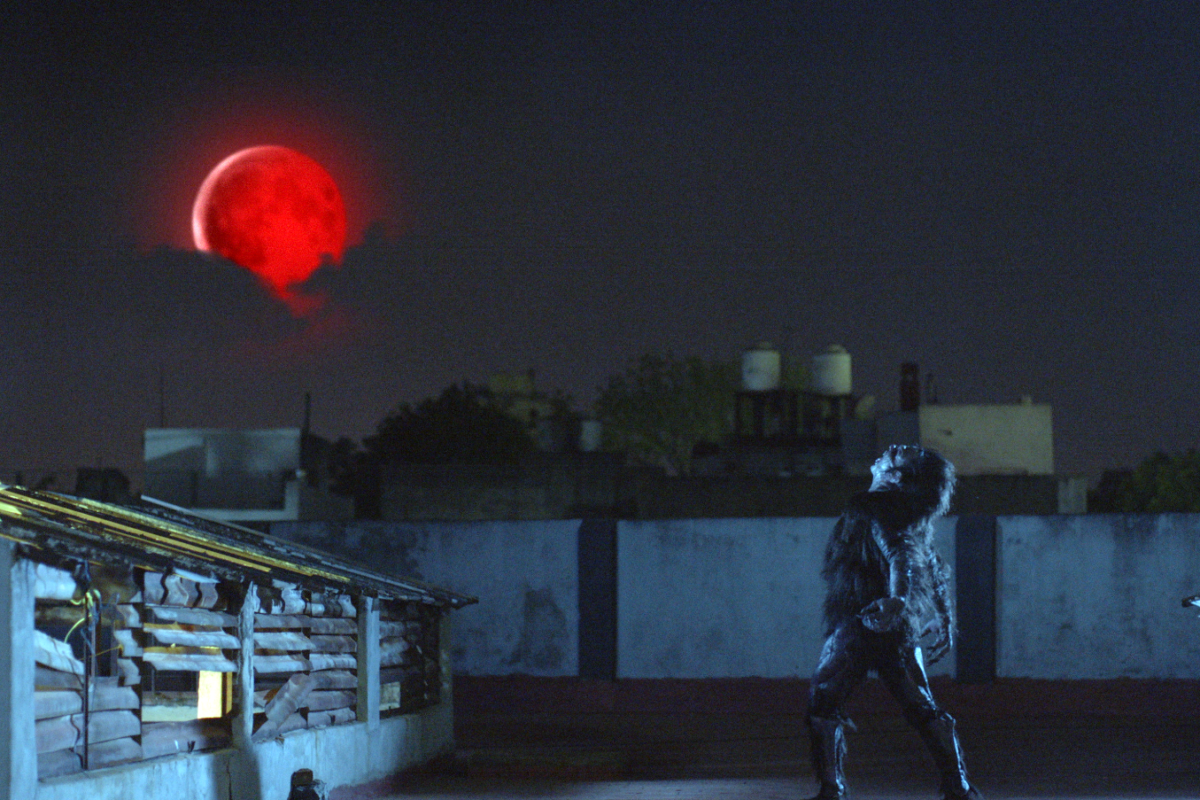