7. “Every Which Way But Loose” Ok sure maybe not the best movie, but who could forget “Right turn Clyde”? What I always say is if you can put Clint Eastwood and an orangutan in a movie together, you do it. Now that you have the perfect duo you can tell the story of a trucker turned prizefighter, which happens to have an orangutan as a pet. This duo worked so well together Eastwood called Clyde “the most natural actor he ever worked with.”

6. “Gorillas in the Mist” This is the true story of Dian Fossey, as she attempted to study then came to protect the vanishing mountain gorillas of Africa. Fossey who is played by Sigourney Weaver was a scientist who happens to be one of the world’s foremost primatologists. This story is worth seeking out and makes putting it on this list a no-brainer.

5.”The Wizard of Oz” While most of the story has nothing to do with primates; instead it chooses to focus on a girl trying to find her way home. That might have been a mistake, because where the movie takes off is when the flying monkeys enter the picture. Now we all know that is not true, but I promise you those flying monkeys are in the top five of things your remember about that movie and that’s good enough for me my pretties. 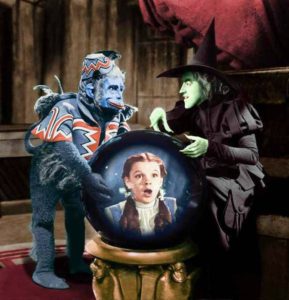 4.”The Jungle Book” Let’s face it there are not really many movies where primates are the stars, and if they are, those movies tend to be no good (I am looking at you “Dunston Checks In”). This story though does have King Louie and he can sing and dance, so that has to be worth something. Ether you can choose the original animated classic or the live action hit that followed to sing along with “schooby-doo-bee-doo-bee”.

3.”The King of Kong: A Fistful of Quarters” The other famous Kong is what this story is about. Donkey Kong was a game that for anyone who grew up in the eighties was a part of a lot of Saturday afternoons. This documentary is about some die hard Kong fans and the mission to break the world record score. You won’t find any more entertaining films about a primate, even if he is pixelated. 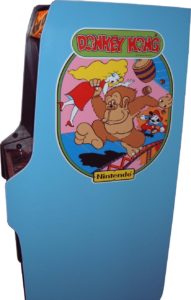 2. “King Kong” While he goes by King Kong, he is not the King of this list as he comes in at number two. Kong is just a giant ape that wants to be left alone and he would be good if it wasn’t for those damn humans. Instead of living peacefully on his island he gets dragged to New York so that he can be a show. It all works out there, Kong gets away and get to climb a few building and we get a colossal ape we love watching at the movies.

Beauty and the Beast