Remakes, remakes, remakes, everywhere you look Hollywood is churning them out. When they eventually run out of 80’s properties that the masses are familiar with like Ghostbusters, The Karate Kid, and Robocop what will be left? The 90’s? Sure, but there’s nothing wrong with going back to some films that were not as successful as the blockbusters of the old days, and seeing what they would look like if presented through a modern filter. Here are ten 80’s films I would love to see remade.

Electric Dreams– The story of a computer and a guy who fall for the same girl. Tell me that wouldn’t work in our current culture. Start it off with the computer A.I. using certain algorithms to match his owner with a girl in his building, but then falling for her too. Machine vs. Man battling for the heart of a woman, modern day Shakespeare? No, but I’d sure watch it anyway.

The Last Starfighter– Boy plays video game, gets recruited by the Star League in order to use his great hand/eye coordination to save the galaxy. What gamer doesn’t dream that finishing the latest “Mass Effect” or “Call of Duty” will lead them to being called upon to utilize their mad gaming skills to save the world? 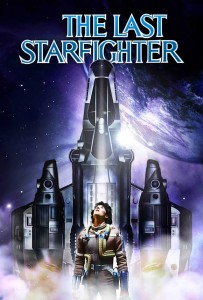 Streets of Fire– A film that blends a 50’s setting with 80’s costumes, music, and culture about the rescue of a rock star by her long lost ex-boyfriend. What would be amazing is to do this same story but blend it with 80’s and modern time. And keep the fight with pick-axes, because when will that not be awesome?

The Legend of Billie Jean– In our ever growing world of social media, a young girl standing up to the unfairness of living in a man’s world and starting a revolution through her actions would work if done right. As her popularity skyrockets, so does her resolve. After brushes with the law with her crazy brother and reluctant friends in tow, she becomes what else, a legend. Fair is fair.

My Science Project– Great sci-fi premise as a highschooler finds a discarded alien artifact and tries to pass it off as a science project. Which then opens a time portal throughout the entire school with soldiers, mutants, and dinosaurs all on the prowl. He has to save the school, save the girl, and save the world. School fantasy at its best. 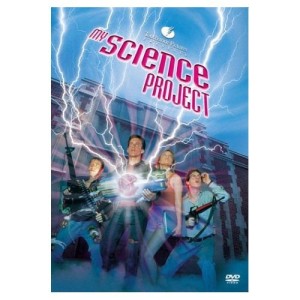 Turk 182– Doing this one in the vein of a Banksy-style graffiti artist who goes on a crusade to bring down a crooked political figure in the name of his injured firefighter brother. This is due for a modern retelling. No one gets tried of seeing the everyman take on members of the government in flashy and creative ways.

Highlander– I know this has been in the pipeline for years, with directors on and off. But this needs to happen soon, and with epic sword fights in public places, they could make it feel like awesome duels with people capturing it on their phones. And go with a media angle as the cops try to put a stop to it as it rises in popularity and mystery, and someone from the clan McCloud right in the middle fighting for what’s right, because in the end, there can be only one. 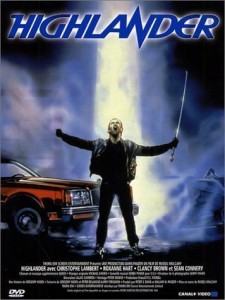 Three O’clock High– Again, you can’t go wrong with high school hijinks. When an average student accidentally picks a fight with a legendary bully who has been kicked out of every school he’s ever attended, the drama and humor of survival will ensue. All of this will still work: paying someone else to fight him, hitting on a teacher, and wrecking the school store just to get away. All building up to the eventual showdown in the parking lot after the final bell.

Gleaming the Cube– Maybe it’s my own personal childhood fantasy to be a skater who stumbles across some bad dudes doing bad stuff. Then getting my skater friends to help bring them down. It could be silly like a lot of 80’s kids sports movies, unless you can keep the stakes high enough to carry the audience like Marty on the back of a truck, listening to ‘Huey Lewis and the News’. Maybe a group of friends where not all of them will make it? 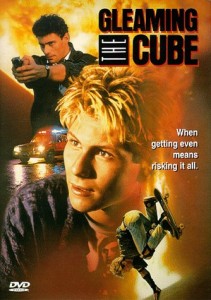 The Wizard– It was true in the 80’s and even more so today. Gamers Rule! Add a sweet story of a silent troubled boy along with his brother and a sassy streetwise little girl with a road trip to a video game championship, what’s not to love? Throw in some colorful characters, a slew of updated games, maybe hitch a ride on one of those mobile gaming trailers, then some genius marketer could combine it with a peek at the latest hot Playstation or Xbox game. Everyone’s a winner.

So get cracking on these for us, would you Hollywood? Thanks.

The Secret Life of Pets

Ghostbusters Gets A High PKE Rating