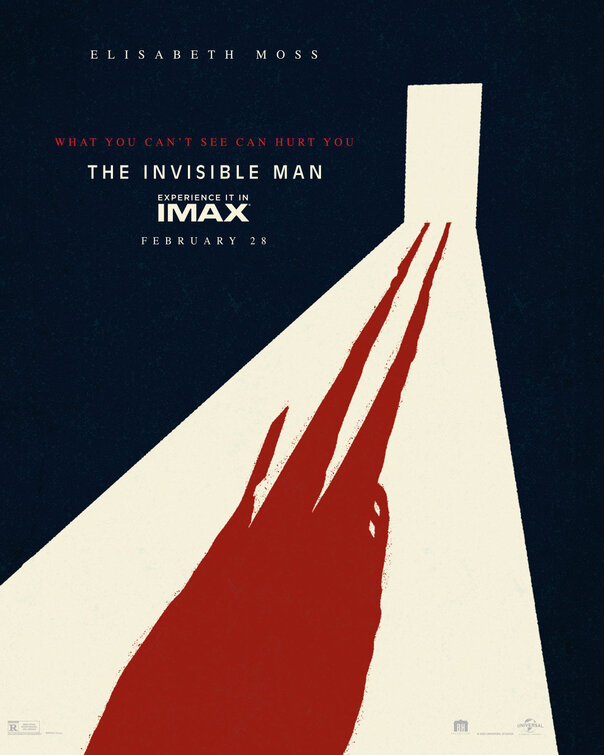 It seems like yesterday that it didn’t take much to scare us as the general public. Believe it or not there was a time when all it took was a slow walking undead man who made groaning noises. Boy, have times changed. Now we live in a world of slasher films and horror films that go for the mind as well as the eyes. With the world the way it is it makes you wonder how some of the classic monsters would fit in this new world or if they would just be laughable. For me it’s simple, put them in the right hands and things can work, but rely on cheap thrills or too much action and you might just end up with 2017’s The Mummy.

We are going to try and just forget that that movie ever happened as well as the whole Dark Universe idea and just start anew. With our clean slate comes The Invisible Man and what I hope is the start of something wonderful. In it we find Cecilia (Elisabeth Moss) escaping what appears to be a not so healthy relationship with her husband Adrian (Oliver Jackson-Cohen). Once out, she moves in with her friend James (Aldis Hodge) and his daughter, even though James is a cop, she never feels safe. For Cecilia it is difficult just checking the mail and her life doesn’t start to feel normal until she gets the news that Adrian ended his own life. Thing start to feel almost right as she gets word that Adrian left her some money with a few strings attached. That moment of calm doesn’t last long as soon things start happening and Cecilia starts to feel like someone is always watching her. It only gets worst as that feeling grows to certainty, but at that point things start happening to the people around her. Is she crazy? Or is there something real to what is happening to her? These are things are she can prove and it’s up to her to do so.

I know that Universal had some grand plans for the rerelease of their classic monsters, but it seems that those plans might have been too grand. These classic monsters are simple and going the “go big or go home” route never felt like the way to do it. The “Marvel” way is not right for everyone it seems. Taking a step back and letting someone like producer Jason Blum into this world has a checkmate kind feel to it, because he might be the guy to bring that universe back. With Blum pulling the strings it would now be about the guy he gives the wheel to, and in Leigh Whannell (Upgrade), he found the perfect driver to bring it all home. Setting the story against the backdrop of domestic violence really sets the mood. Every corner and every open space has you wondering who could be there and really ramps up the tension. And some the visuals are as impressive as the ones achieved in the original 1933 version were in their time.

Whannell sets the tone almost perfectly and while there are more than a few holes in the plot, and the ending is a bit predictable the overall product is more than enough to make you look past them. Add to it the fact that Moss continues to elevate everything she is in and you have something you don’t want to miss. This is without a doubt a much better way to approach the Universal Monsters. By not trying to haphazardly force them together but by making solid stand-alone films, they will still make a great box set to sit along side the classic black and white ones. I hope this is the beginning of a beautiful friendship, because those classic monsters have found a way to be special once again.

The Call of the Wild