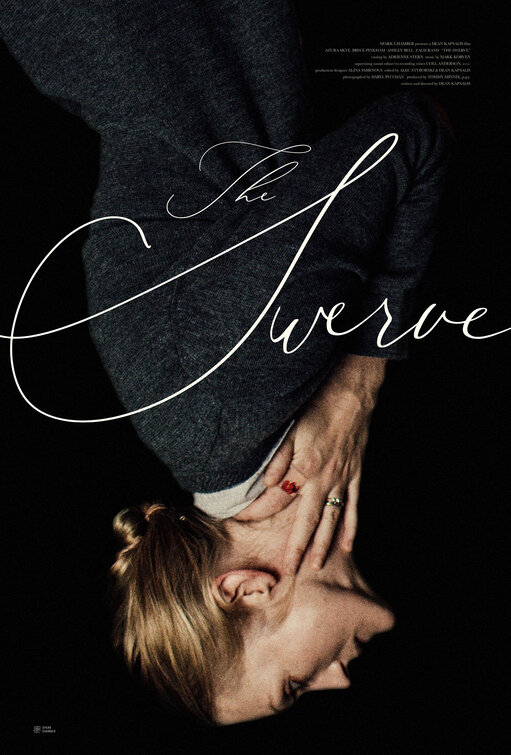 Everyone in their life at times feels invisible, but for Holly (Azura Skye), that is pretty much all of the time. Holly is a wife, a mother, and a teacher, and while she does them all well, she is feeling like no one knows what she is doing, except for her. We have all felt that at some point in our life, at a job, and as a single guy I have heard that can happen in a marriage. Holly though carries on and takes care of her husband Rob (Bryce Pinkham) as he tries to get promoted at work, and her two kids, as they act like teenagers, that is until it seems she just can’t anymore.

Holly is starting to have trouble sleeping and that has caused her to have or not have visions of things. It starts with a drive home and when a car get aggressive with her, calling her names and almost hitting her, she swerves and the other car’s headlights disappears in an erratic fashion. She is awaken the next day by her husband, not making it up to their bed and even scratching him as he tries to help. Everything seems to be building  to something as the tipping point to that doom seems to come from the discovery of a mouse in Holly’s house. This soon becomes the bane to her existence. Things only go from bad to worse as she thinks Rob is cheating on her which drives her to have an affair with one of her students and her husband’s employees Paul (Zach Rand). Just when you think she has hit bottom, the floor crashed down below her as she makes a decision that doesn’t end well for pretty much everyone in this story.

If after a hard day you are looking for something light and upbeat, then The Swerve is absolutely not for you. No, what writer/director Dean Kapsalis has delivered is a look in the mirror for a lot of people, minus the ending we all hope for. The Swerve is kind of predictable on where it will go in some of its turns, but while that is unfortunate it doesn’t take away from the films real crowing achievement. That being Skye’s performance, which is about as good as anything you might see this year. She plays the “woman on the verge” to perfection and garners your sympathy, even when things go so very wrong by her hand. Skye is simplify amazing in this film as Kapsalis makes the right choice in just leaving the camera on her and letting everything unfold in front of you. For as great as a performance you get to see, do know that The Swerve is the opposite of a film that is comforting. So come for what Skye does, but stay for the train wreck that she causes, something you may or not be thanking me for.