Out of the five movies in the DC Extended Universe almost all of their villains have required some form of CGI. And most of the ones that are have been done terribly, and fail the number one rule of a villain: they think they are doing the right thing. Even in their own twisted way, they feel taking over the world would make a better world, or by destroying it they are cleansing a parasite that has infected the planet (humans).

Ares in “Wonder Woman” and Zod in “Man of Steel” had the right villain reason, they are better and humans are weak. Lex Luthor’s plan is brilliantly diabolical, but only if you saw the Extended Edition of “Batman v. Superman”. However the knockdown drag outs are CG messes that border on a fast-forward version of a Wile E. Coyote cartoon. If the current villain of “Justice League” Steppenwolf is anything, he is a reminder that sometimes you need a human, or at least someone a human can play so that they can emote as a good actor can when spouting the silliness of world domination.

So I put together a list of DC villains who could mostly be played by an actor in a costume, so start taking your notes DC/WB.

Vandal Savage- From 50,000 BC a Cro-Magnon man infected by a meteorite and becomes a brilliant immortal and secretly controls the world though secret organizations, but can be forced by the Justice League to come out of hiding because they are inadvertently giving hope to the people he has been ruling over for centuries. 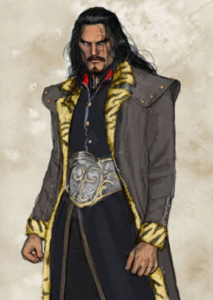 Ra’s al Ghul- Yeah he’s been done, and Liam Nesson was great as the head of the League of Shadows, but I would still love to see the comics version of the character. A evil genius criminal mind that gets his power and long life from the Lazarus Pit. The perfect foil for Batman, and smart enough to bring down the League as he did in The Tower of Babel storyline, where he used Batman’s contingencies for if the members of the League ever went bad.

Mr. Mxyzptlk- The little imp from the 5th Dimension who is the trickster that torments Superman for fun. He has the ability to do almost anything and that could have great potential. His weakness may need some work, but everything else would be interesting is given a slightly darker, more modern Alan Moore style tone. 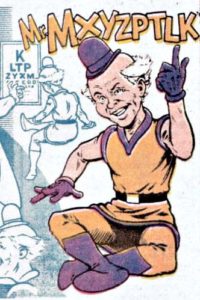 Maxwell Lord- A ruthless businessman who would be a perfect foil to Bruce Wayne in his word and with his telepathic abilities could tear down the League from inside their minds. Much like when he made Superman believe Batman was Brainiac, and Wonder Woman was Doomsday, and let’s face it, we like it more when our heroes fight each other than when they are crushing robots or parademons. 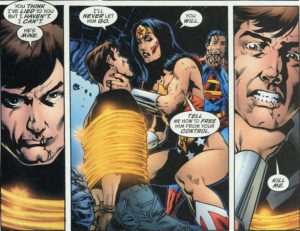 Professor Zoom- Eobard Thawne, or the Reverse Flash, is always a good go to, with a unique backstory of being from the future but intent on destroying the Flash and anyone who gets in his way. They did him tremendous justice as a character on the recent Flash TV show, but he can go deeper and darker like in the Flashpoint storyline where he unmade the Flash by changing his origin, and creating a new world where Wonder Woman and Aquaman are at war and Thomas Wayne is a Batman who kills after the murder of his child Bruce in Crime Alley. You can’t get more villainous than that. 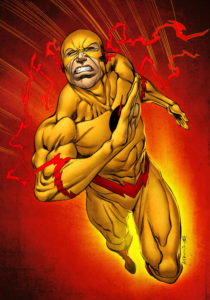 Best of the JLA