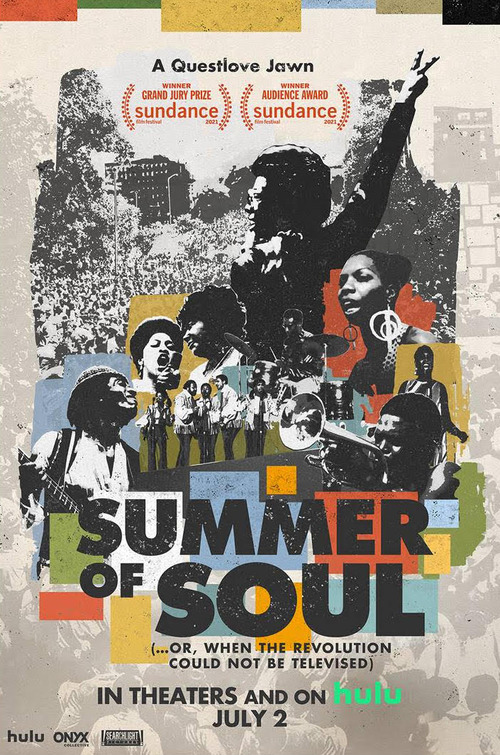 1969 is often referred to as the summer of love. But it could also be called the summer of music. It was during that summer that Woodstock took place, but further south in Harlem another festival was happening. One that until now you might not have heard of. The festival’s budget was so low, that in order to get the light they needed, they had to face the stage to the west so that the sun could light the stage. That though didn’t stop Tony Lawrence’s plan to host an event that would last long past the time the concert would become history.

With artists like Sly and the Family Stone, The Staples Singers, Max Roach, B.B. King, The 5th Dimension, and Stevie Wonder the stage was set for a memorable show, but something happened after it was all over. While the show for those who attended was something that they would take with them forever, when the footage was offered for sale, they were told no one wanted to see the “Black Woodstock”, so for 50 years this memory stayed locked in peoples minds and in a basement. Enter Ahmir Khalib Thompson (Questlove) who found the footage and turned it into one of the must see films of 2021. The film weaves footage from the stage and interviews with both attendees and performers. One of the films more moving moments was watching Marilyn McCoo and Billy Davis Jr. of The 5th Dimension reflect on the concert and the impact their performance had on the audience and their career. The music is certainly front and center with over 40 performances, it is not the only thing that Summer of Soul is about. The film also focuses on the cultural aspects of 1969 and all the things that happened in the 60’s that made that final year what it was. Thompson makes all the right decisions in his choices, including one of my favorite parts which revolves around the moon landing, that happened while the festival was happening. As white America was caught up in the what they deemed important, the crowd at this festival could care less, to them, they were living through their own historical moment.

Thompson really finds a way to bring all the feels, as there are moments like when Mahalia Jackson and Mavis Staples sing together that will make having dry eyes difficult. As well as lighter moments that will bring out a laugh or two. Summer of Soul is not just an amazing concert film, it’s a great film that helps unbury a treasure of footage that hasn’t been seen for over 50 years. It’s a celebration of music, of culture and of the Black experience that will find a way into your soul. While it does pack in a lot with a nearly 2 hour run time, the performances almost always makes you forget that the film could have been edited down a little more. In the end though Summer of Soul  takes its place among the great concert films of all time as well as one of the best movies of the year.