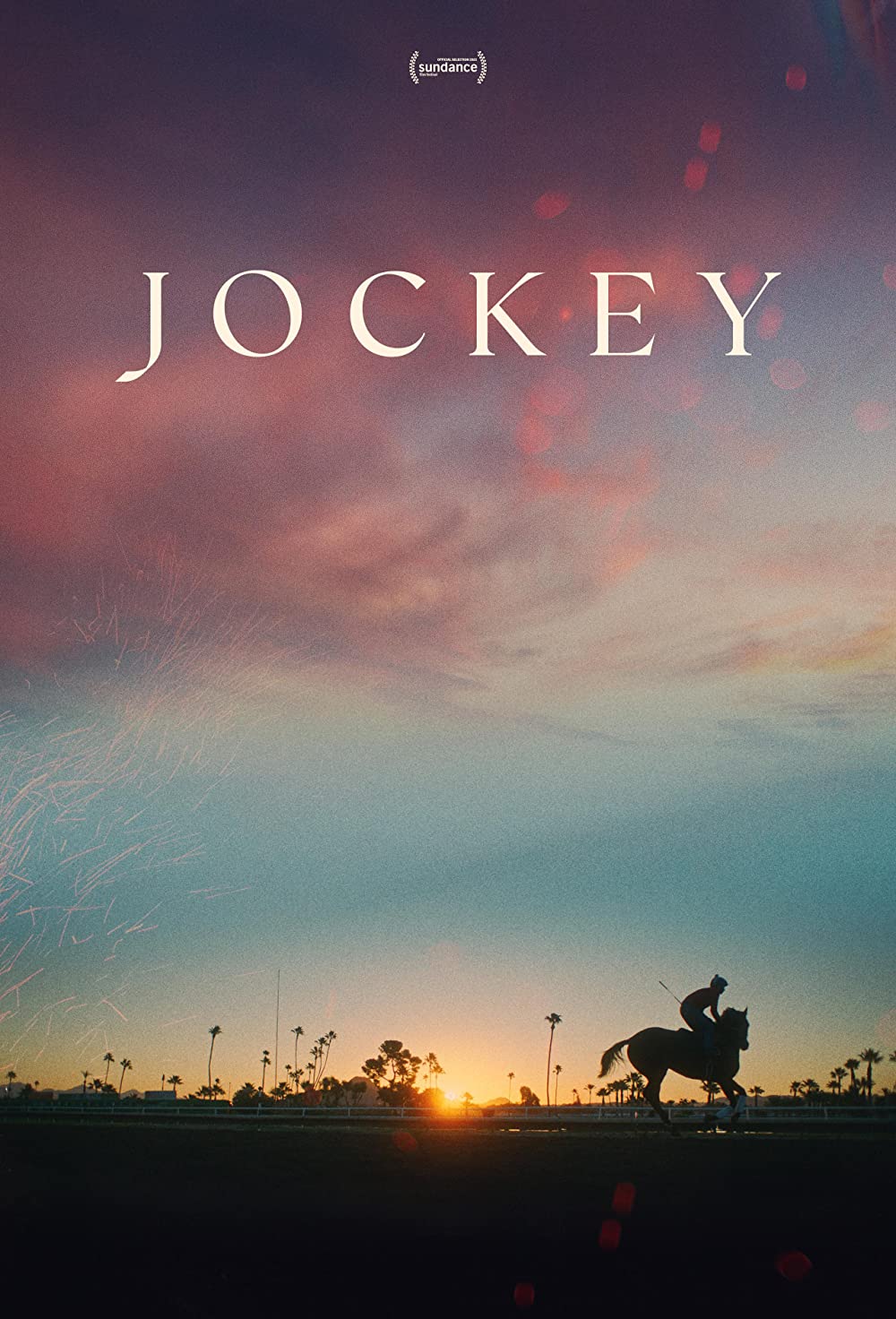 Sometimes an actor gets a role that that allows them to shine in ways that can leave you in awe. Clifton Collins Jr. is an excellent character actor, who always adds to whatever film he is in with his performances, but with Jockey he is finally able show what he can do when something is completely his. The story centers around Jackson Silva (Clifton Collins Jr.) an aging jockey whose rides and past falls have caught up to him. Jackson knows something is not right as he has episodes where he loses complete feeling in his left arm, but it is hard to walk away from the only life you have ever known.

Shot with a small crew on an actual race track, Jockey is not a movie about the races, but about the men who ride and the lives they live. We hear about it in the stories they tell as they sit around the table playing cards and comparing falls during races and the way they have destroyed their bodies. Like The Rider before it, writers Greg Kweder and Clint Bentley, the later also directing, put the few actors they have in a sea of real people, which makes you feel like you are watching a documentary more than a feature film. Jackson knows his riding days are over, but when longtime friend and trainer Ruth Wilkes (Molly Parker) finds a horse full of potential, Jackson can’t help but want to ride it to the winner’s circle. If everything already going on wasn’t enough, Jackson has to deal with a young jockey named Gabriel (Moises Arias), who also may or may not be Jackson’s son. While at first cold to the idea, Jackson soon starts to teach Gabriel the things he has learned through the years and even helps him land a gig as a jockey for Ruth as well. Jackson is definitely a broken man and Collins Jr. is mesmerizing in the role as the emotional center of the movie. Collins Jr. is compelling to watch as an imperfect hero whose many flaws and with many levels of pain, it’s hard to take your eyes off of him and you can’t help but feel for what this life has done to him.

While Collins Jr., Aries and Parker provide the backbone of the movie, the technical side also brings it. From the opening shot of two jockeys on the rails watching horses warm up on the track, Cinematographer Adolpho Veloso sets the table for the lavish visuals you are in store for. When you combine that with the score by Aaron and Bryce Dessner it all adds to the natural feel of the movie. The most satisfying part of the film though is saved for the end, as Bentley gives us one of those “everything left on the field” moments, which not only puts a beautiful feather in Jackson’s cap as a jockey, but also Collins Jr,’s performance of one. Jockey for sure needs to be on your radar of films to look for as the team behind it and Collins Jr. without a doubt are able to bring this one into the winner’s circle.

Down with the King : Austin Film Festival Review