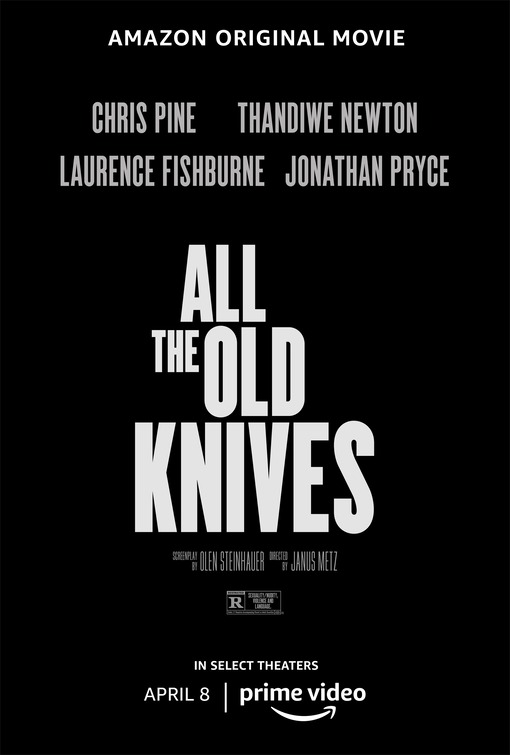 On a day, eight years ago in Vienna, a CIA station is deeply involved in trying to save 120 passengers on a highjacked plane. Things do not go as planned and ultimately everyone on that plane is killed by the hijackers, including themselves. With very little answers on what happened the event is filed away, that is until a high profile target is captured and some new information comes to light.

Henry Pelham (Chris Pine) was in the room eight years ago and his boss Vick (Laurence Fishburne) is now asking him to look into two people who might have been a mole in their CIA station during that time. The two people Pelham is asked to interview are Bill Compton (Jonathan Pryce), the man under Vick at the time, and Celia Harrison (Thandiwe Newton) an analyst who was also there, and at the time she was Pelham’s lover. Pelham first talks to Compton, putting pressure on him to try and get the info he needs. When he finishes he travels to California to talk with Celia where he knows things will be a little more difficult with the feelings he still carries for her.

Told through a nesting doll of narratives you have to try and determine what information is reliable and which is not as it all unfolds in front of you. Written by Olen Steinhauer, who also wrote the book the movie is based on, struggles a little in streamlining the story as he tells it in a parallel though chronological order that is jumbled between the present and that past. Pine and Newton who were lovers caught up in a steamy love affair come off more as office mates than the two people who burned with a lot of passion for each other as told in flashbacks.  The interview that Pelham gives Celia takes place in a restaurant that overlooks the ocean and while this story has its share of moving parts, Pine and Newton are the main focus.  All the Old Knives  has an excellent cast lead by the effortlessly charismatic Chris Pine and the always great Thandiwe Newton. What should be an excellent espionage thriller, it lacks a lot of those thrills with its short list of suspects, that leaves little doubt at where it’s all going.

All the Old Knives  is a film that your dad is going to love, in the same way he might love those Jack Ryan films. May be not the Harrison Ford ones, but the Chris Pine ones. Knives comes off as not as polished as what it strives to be and leaves you wanting more, even tough you should be satisfied with its end result. The movie does look fantastic thanks to cinematographer Charlotte Bruus Christensen and when you add the potent chemistry between Pine and Newton you get something, while not great, is definitely watchable. Pine seems to be an actor that Hollywood has yet to figure out, while he made a great James Kirk, the stardom he deserves seems to have eluded him so far. All the Old Knives will go down as another so-so chapter in his filmography, but he deserves something so much better.

Everything Everywhere All at Once