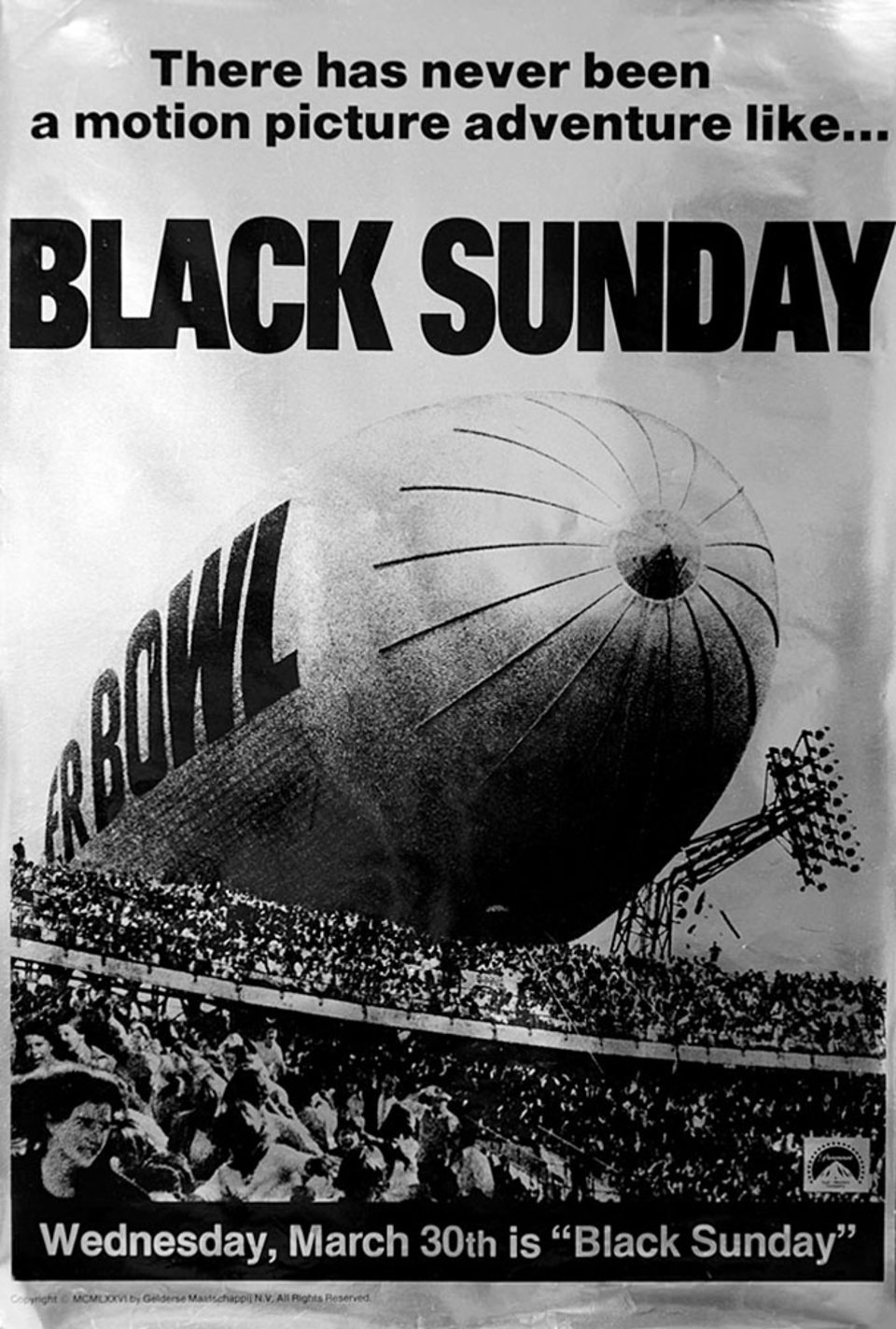 The brutal massacre at the 1972 Summer Olympics in Munich brought the long standing conflict between Israel and Palestine to American televisions. However it must have felt far enough away that Hollywood thought current events injected into their political thrillers could bring about box office results. So these kinds of thrillers, mostly based on novels were being made into feature films. One of the great underrated classics of the genre was John Frankenheimer’s 1962 film The Manchurian Candidate which involved an attempt to assassinate a presidential nominee. After more political intrigue, sci-fi, cop and sports dramas, Frankenheimer is back directing a thriller invading one of the most famous American events. The Super Bowl.

Black Sunday begins with a covert operation in Beirut as an Israeli counter-terrorist unit takes out a group of Palestinian terrorists that are part of the Black September group. During the raid Mossad agent David Kabakov (Robert Shaw) spares a woman named Dahlia Iyad (Marthe Keller) not knowing that she is a key player in a plot to attack an American event. Also involved in the plot is former American POW Michael Lander (Bruce Dern) who after his return from Vietnam finds his marriage in shambles and only job available to him is flying the Goodyear blimp to cover football games. After discovering a tape about the attack, Kabakov along with his partner Moshevsky (Steven Keats) attempt to foil the plot before it happens. Thus beginning a cat and mouse game leading to the big game of the NFL season involving the Pittsburgh Steelers and the Dallas Cowboys.

First off, this is a fantastic story based on a Thomas Harris novel, with a screenplay written by Ernest Lehman (North by Northwest), Kenneth Ross (The Day of the Jackal) and Ivan Moffat (Giant) it has some great set-pieces with some killer lines like: “You can forget about the law, land or sea Captain, we are the law.” and “I don’t know why, but I think I’ll let you live.”. With material like that, Frankenheimer takes it and runs, this films feel like it has a motor on it. It really moves from one scene to the next, along with some brilliant camera work by John A. Alonzo (Chinatown). Kabakov as played by Shaw hunts terrorist much like he hunted sharks in Jaws a few years earlier, he is clam, collected, and a smooth operator. Dern as a brainwashed unhinged war veteran gives a good performance for the most part, though he does seem to stumble at times. As does Marthe Keller playing Dahlia, who holds her own throughout the film but also like Dern has problems going big. Getting to the Super Bowl was very intense and exciting, but rough visual effects and a bit of a drawn out final act hamper an otherwise solid film.

Director Frankenheimer attributed Black Sunday‘s box office failure to a film from a few years earlier, Two-Minute Warning. Which had a similar plot involving an attack at a major sporting event. Though Sunday was only in theaters just over a month and a half before Star Wars was released, which also may have contributed to its low performance in a time when films played in theaters for months and months (Star Wars initial run lasted over 10 months). There is also another connection as far as the score for Black Sunday was conducted by the legendary John Williams, in which you can hear some subtle and not so subtle riffs on what would become classic scores such as Superman: The Movie in 1978 and Raiders of the Lost Ark in 1981.

All the Old Knives