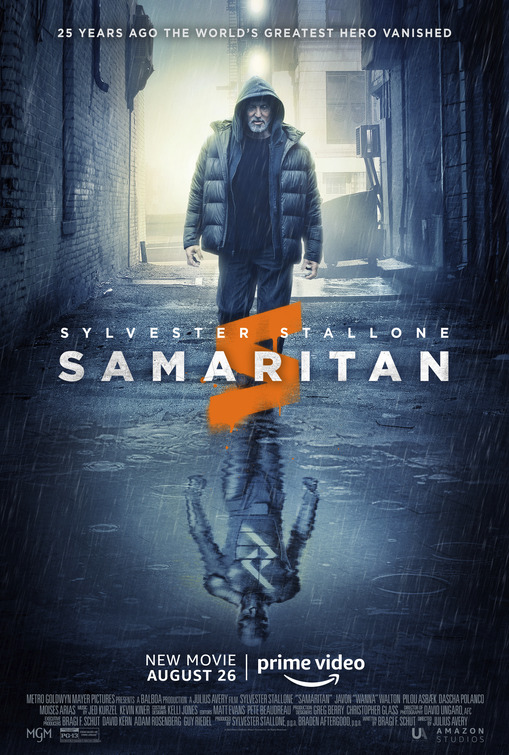 A song once declared that we don’t need another hero, but the powers that be in TV and Film don’t agree. It seems like there are more superheroes in the world now than ever before, a fact that will not change until we as an audience stop paying to see them. I for one enjoy super things, but what I enjoy even more is when they break out of their mold and give us something different. Samaritan does just that and opens up a world I hope we get to play in more.

Of course the question you are asking is “ who exactly is Samaritan? And is he a good guy? Well it seems some time ago there were two brothers, one named Samaritan and the other Nemesis. Like most brothers they had their problems, mainly that one was good and the other was bad and wanted to cause trouble. These disagreements on their approach with the world ends up in a big fight, where Nemesis meets his end and Samaritan disappears. Many years later their fight lives in lore as whispers that Samaritan still walks among them. For kids like Sam (Javon Walton ), that belief is a light in an otherwise dark world, where breaking into places and stealing is just a way of life. That belief gets a boost when one day one of his neighbors, a man named Joe  (Sylvester Stallone) breaks up a fight Sam is involved in, but not in a normal way. It is after that fight that Sam stats to have a feeling that Joe might be someone else and after a little breaking and entering in Joe’s apartment, he finds out he was right. The city meanwhile is going through an awaking lead by Cyrus ( Pilou Asbaek), who has decided it is time to finish what Nemesis started so long ago. With chaos forming around him, it is enough for Joe to once again become the hero that everyone thought was lost?

Written by Bragi F. Schut and directed by Julius Avery, Samaritan  is a super hero movie that has its feet squarely planted on the ground. Most of the time we are told this story through Sam’s perspective ( until the third act looks all too familiar) and his curious wonder is infectious. Once Sam discovers who Joe is, he is constantly bombarding him with questions about his powers and why he stopped fighting crime. Samaritan can easily be called a superhero movie, but at its simplest form, it is a movie about a boy and a washed up friend.

I rather enjoyed Samaritan  as it’s a fresh approach to this familiar subject matter. This isn’t a movie where the fate of the world hangs in the balance. In this story everything is going to be decided within a few city blocks. It’s that small world that Julius Avery creates that helps this movie be better than maybe it should have been. It is great to see Stallone still kick some ass and with the rest of the cast, especially Walton, doing the heavy lifting, Stallone is left just to do that. Samaritan is more character drama than pizzazz could be the beginning for what I hope is another page turned in the ever evolving world of superhero movies.