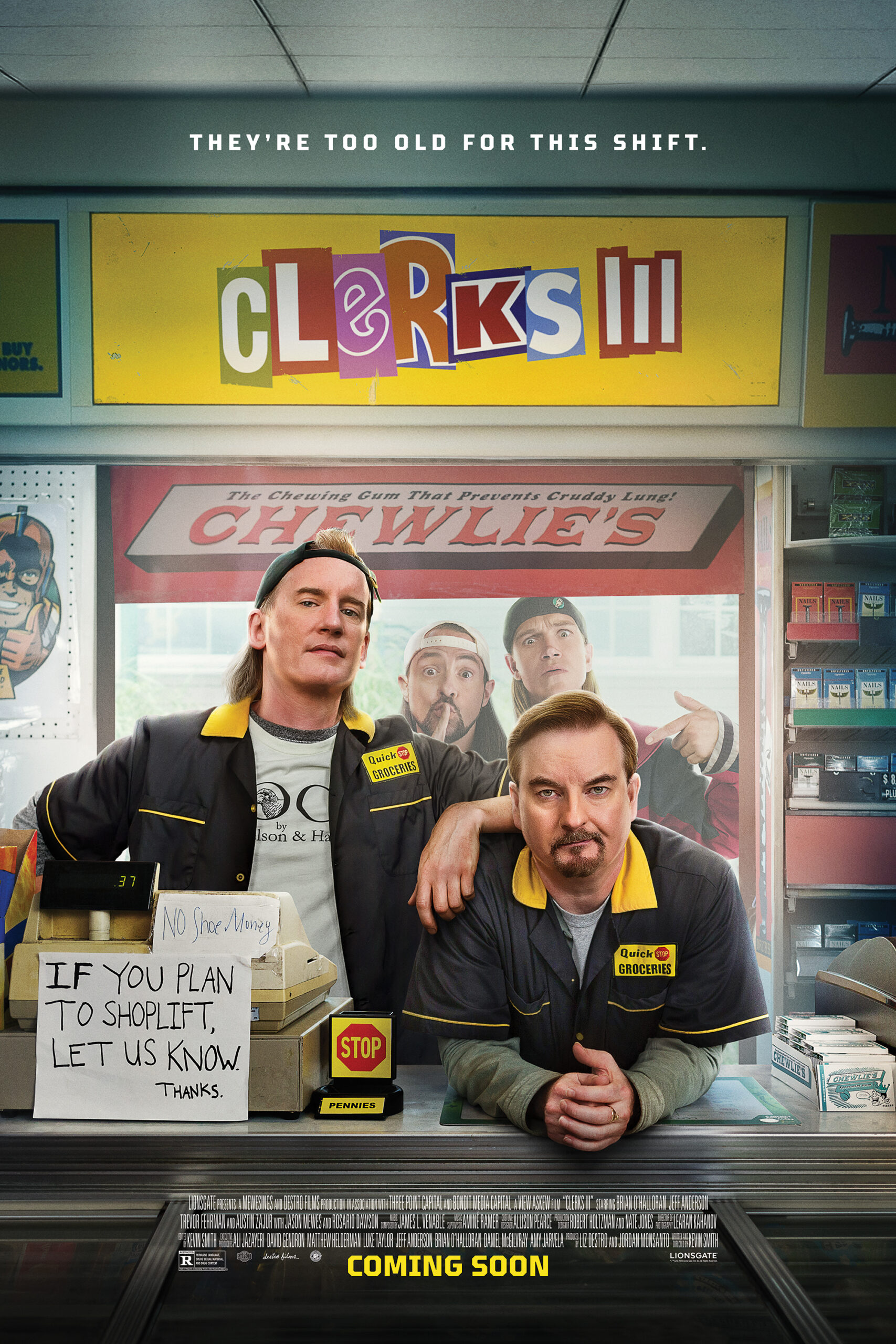 Kevin Smith has been making “Kevin Smith” movies since his breakout indie film Clerks in 1994. And I would argue he had a good 12 year run ending with Clerks II in 2006. This was followed by another 12 year run ending with 2019’s Jay and Silent Bob Reboot. That one had more misses than hits including the podcast inspired Tusk and Yoga Hosers which seemed to be his go to for new film material. The problem may be that he’s garnered so much success in his Smodcast universe, that the humor displayed in the earbuds just doesn’t translate to the screen. So he has gone back to the well, even more way back than a reboot, he has gone back to where it all began, at the Quick Stop with Dante and Randal for Clerks III.

Taking place several years after the last film Dante (Brian O’Halloran) is still reeling from a loss he has suffered and Randal (Jeff Anderson) is still sarcastic and rude as ever. During a pop culture diatribe Randal begins to have difficulty breathing and chest pains. As he is rushed to the hospital he and his best friends are told he is suffering a heart attack. As the doctors rush to save him Dante contemplates life without Randal, as Elias (Trevor Fehrman) thinking he has been forsaken by Jesus decides to turn to Satan. After surviving his heart attack Randal begins to look back at his life to see little there and decides to make a historical record of his life in the form of an indie film about working at the convenience store.

I have been a Kevin Smith fan since Mallrats in 1995. And I have been a staunch supporter of his work, even through the dark times of the afore mentioned podcast inspired films. What I think I have realized in recent years is that I am still a big fan, just not of the movies anymore. I can still be happy that he is expressing himself in the medium that made him, but it feels more and more like his films are just for him. It’s exactly like he is the Randal of his own life, chronicling his experiences with a film budget and along side people in his life like Rosario Dawson, Justin Long, Sarah Michelle Gellar, and Ben Affleck. It may work for him, but not for many else, least of all fans that grew up with him and like me grown out of the type of humor he displays in Clerks III. Granted there are still moments that bring about a chuckle or two, but the majority of the film is lost on me. Every time there is an emotional moment in the film, I felt almost nothing for these characters that I was so fond of in the first two films, and even in the short-lived Clerks cartoon from 2000 (seek that out, it’s great).

By this point, it appears Smith has said all there is to say in this former View Askew Universe that has now transformed into the Kevin Smith Universe. The jokes and observations have mostly been told in one of this many podcasts over the years, and comedy usually tends to be less funny the second time around. Or in this case the third and hopefully final time we have to sit through the antics of Jay and Silent Bob.

See How They Run